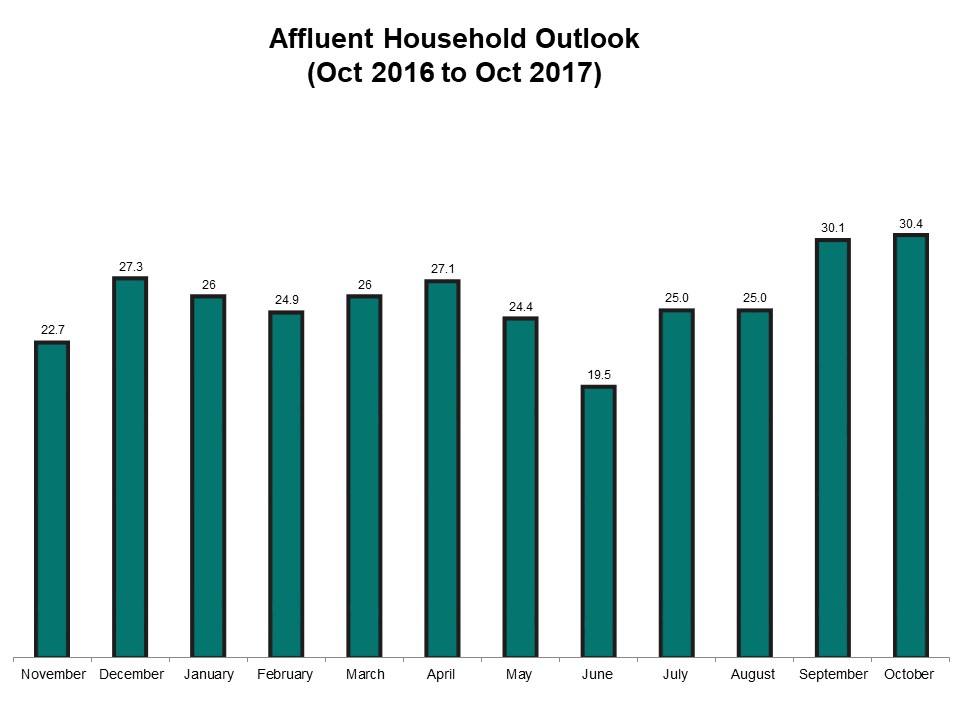 To Millionaires, the American economy and overall economic picture look wonderful. To non-Millionaires, not so much.

The Spectrem Household Outlook asks investors to rank four financial components in their lives in terms of how they perceive them to be progressing. In the month of October, Millionaire investors registered an overall Household Outlook of 37.91, a point higher than in September, when it reached its highest mark since April of 2007, which came before the Great Recession.

At the same time, non-Millionaires slotted the Household Outlook at 18.94, almost exactly half of where the Millionaires place it and at its lowest level since June of 2017.

The overall Outlook of all investors reached 30.4, the highest mark since February of 2015.

The Household Income Outlook bounces up and down monthly, so the decrease is not unexpected. Millionaires and non-Millionaires both recorded a slight decrease in their outlook of household income. There was, however, an increase among female investors and investors who trend Democratic.

The Economy Outlook mark reached its highest level since November of 2004, and is reflected in continued growth in the stock market and corporate earnings reports. The jump was entirely reported by Millionaires, who increased their outlook from 20.31 to 36.42, and that mark has increased more than 34 points since August. Non-Millionaires recorded a slight decrease in their Economy Outlook.

All segments – male, female, Republican, Democrat – registered increases in their Outlook on the economy.

12.80, a decrease of 4 points from September 2017, and the second consecutive month of decline.