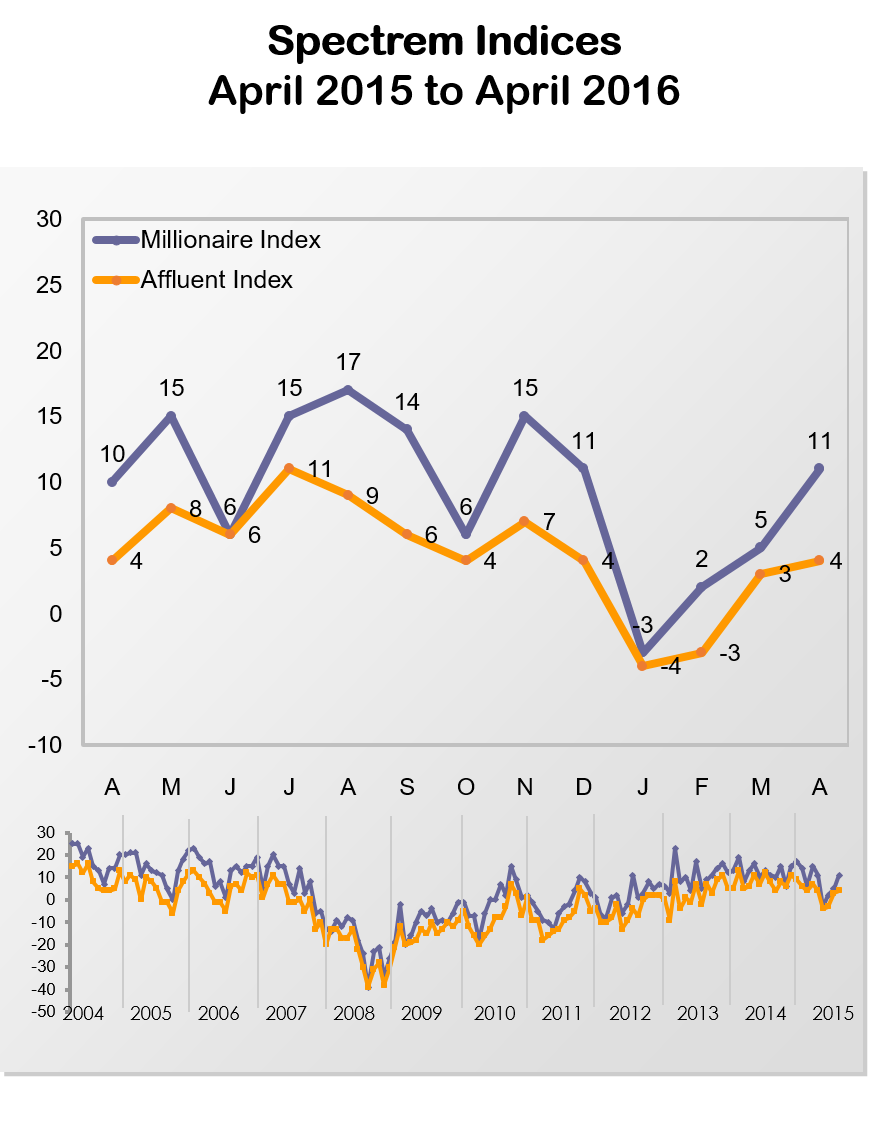 The Spectrem Affluent Investor Confidence indices measure the investment confidence and outlook of the 16.3MM households in America with more than $500,000 of investable assets (SAICI), and those with $1MM or more (SMICI). This month’s survey was fielded between April 15 and April 21.

Considered by political affiliation, the April SAICI for Affluent investors who identify as Independents was highest (6) in comparison to respondents who identify as Democrats (4) and Republicans (3). Each is a gain from the previous month.

The SMICI is highest for Republicans (15), followed by Democrats (12) and Independents (6).

One factor in the modest 1 point gain in the SAICI was a slip in the Spectrem Affluent Household Outlook, a monthly measure of investor confidence in four financial factors that impact their daily lives. The Outlook was down 3.20 points to 16.60, which is 7 points lower than April 2015. Confidence in the economy fell dramatically from the previous month in both non-Millionaire and Millionaire households.