Are Millionaire's Satisfied with their Financial Advisor? 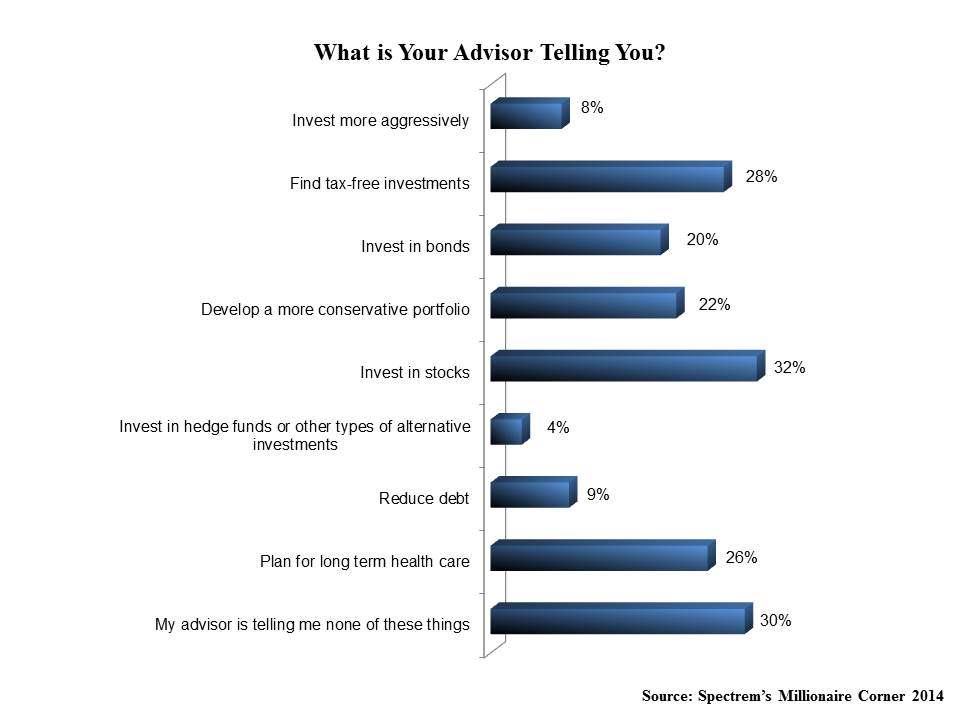 Nearly eight-in-ten (77 percent) of Millionaires are satisfied with their financial advisor’s knowledge and expertise, according to a new Spectrem Group wealth level advisor relationships study. What advice are these advisors giving their Affluent clients?

The highest percentage of respondents with a net worth between $1 million and $4.9 million (32 percent) reports being advised to invest in stocks, according to the Spectrem report, “Advisor Relationships and Changing Advice Requirements.” Twenty-eight percent said they are being advised to find tax-free investments, while 26 percent are being encouraged to plan for long-term health care.

What else are financial advisors recommending their Millionaire clients add to their to-do list?:

The highest percentage of Millionaire investors being told to invest more aggressively (29 percent) and to reduce their debt (25 percent) are those between the ages of 36-44. Gen Xers according to Census data were the generation hardest hit by the 2008 economic collapse and subsequent recession.

Baby Boomers ages 55-64 are the most likely to be advised by their financial advisors to plan for long-term health care.

For more information on the Millionaire Investor, click here