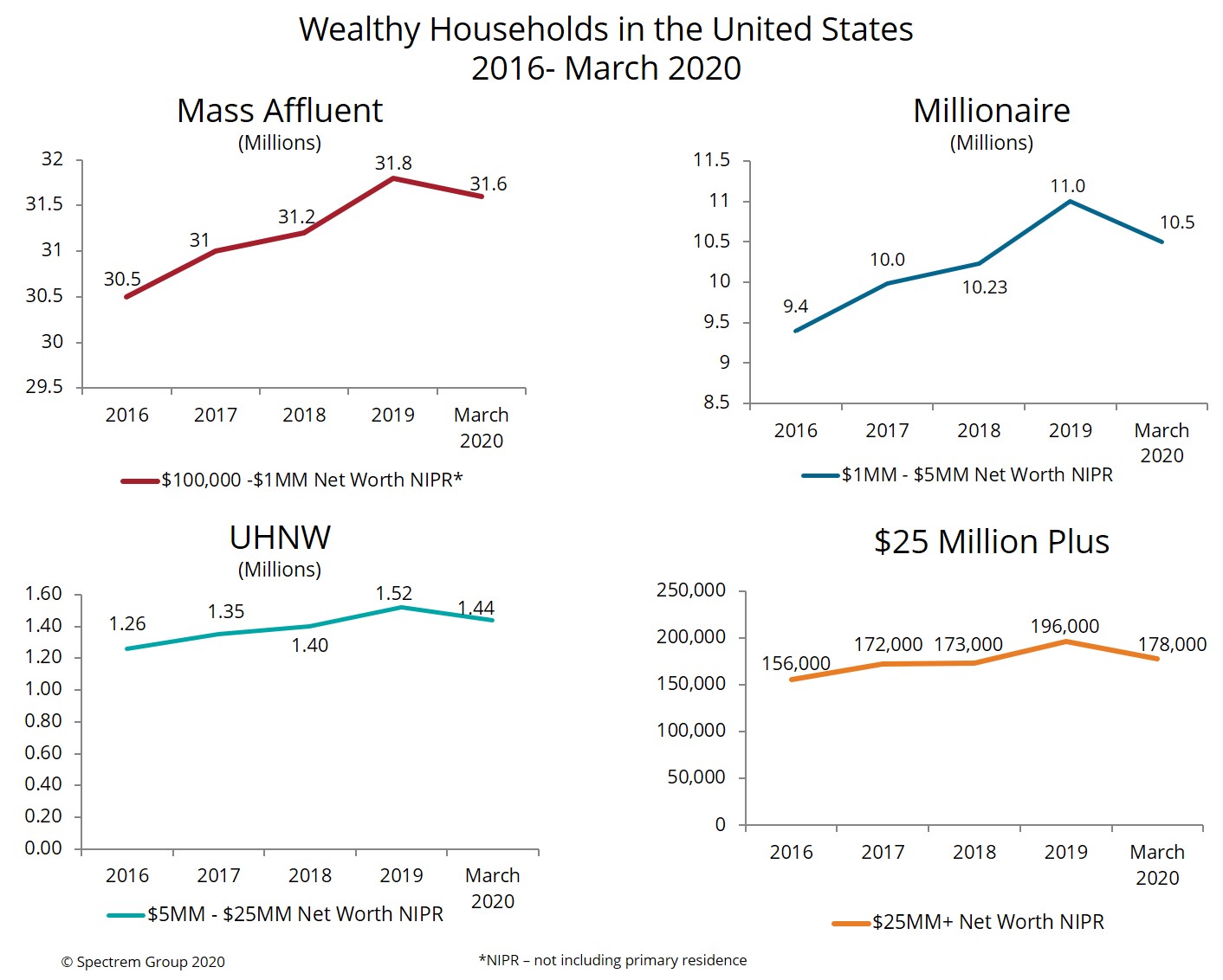 Millions of Americans have been impacted financially by the coronavirus, and billions of dollars have been lost in wages, salaries, investment income and portfolio value.

In fact, this crash of the stock market and the economic recession caused by the virus is the most significant ever in the United States in terms of dollars lost, simply because there were more people with more money to lose.

At the end of 2019, the number of wealthy Americans increased for the 11th consecutive year and more record highs were reached, according to Spectrem Group’s initial compilation of the affluent market size completed at year’s end. However, due to the stock market slide initiated by the coronavirus pandemic, those numbers were greatly reduced, and Spectrem’s recalculation shows just how many Americans had their wealth status altered as a result.

The report analyzes changes in the number of American households based on net worth, from the Mass Affluent (with a net worth of $100,000 not including the value of their primary residence) to the $25 million-plus segment.

Each of four wealth segments were measured and there was initial growth among them all with a higher percentage on the high end of the spectrum. Much of that wealth growth was erased in the first three months of 2020.

Spectrem’s Market Insights 2020 will be a significant base report for comparison with the Market Insights 2021 edition, assuming the stock market recovers when the pandemic is effectively reduced and Americans are allowed to resume their normal lives as investors and consumers.

The Spectrem Market Insights 2020, which includes key points from several Spectrem studies from 2019, is available on the company website www.spectrem.com.