Are Mass Affluent Invested in “the Money Talk” with their Children? 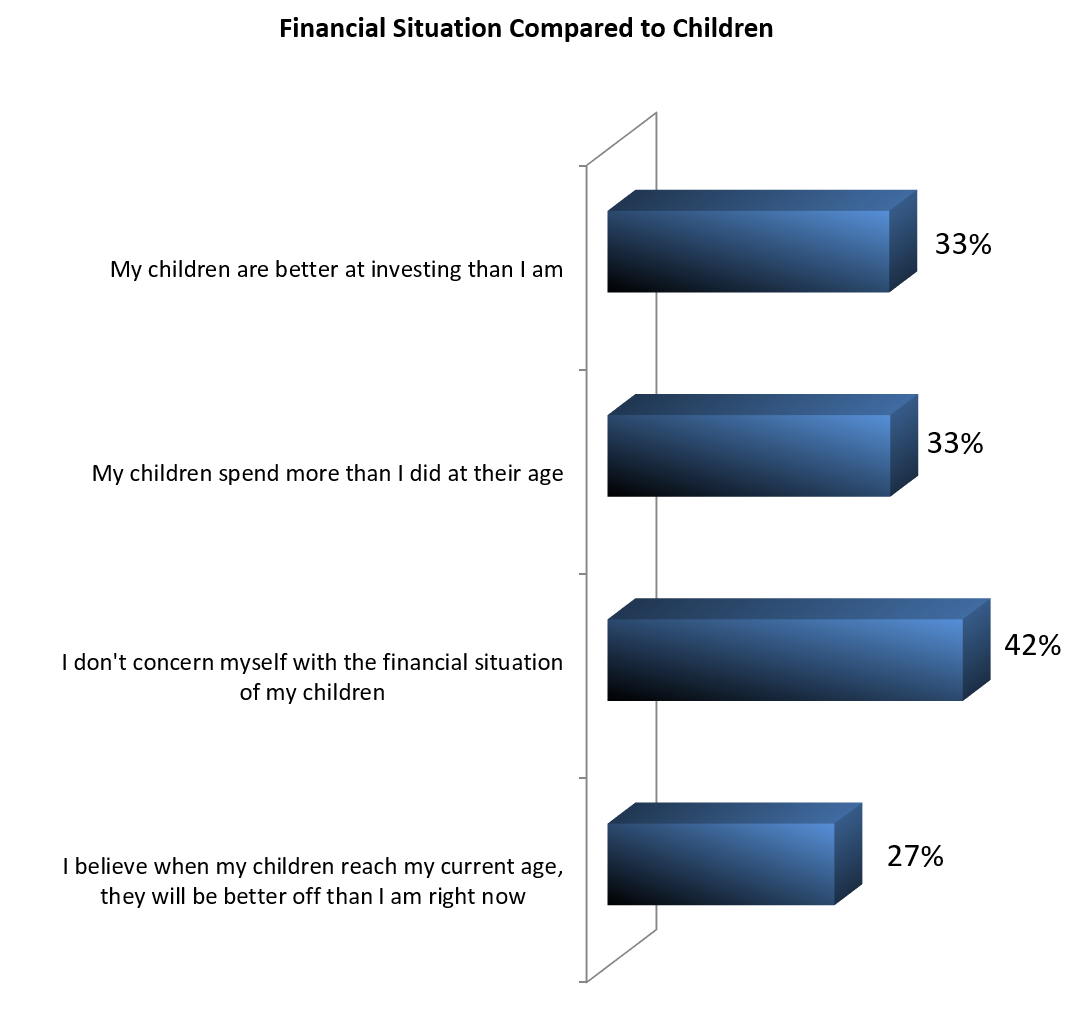 Six-in-ten Mass Affluent investors are most concerned about maintaining their current financial position, while roughly half are focused on the financial situation of their children or grandchildren, our research finds. The parent-child “money talk” is one way to prepare the next generation to be financially responsible adults.

How do Mass Affluent investors view the financial acumen of their children? According to According to Financial Behaviors and the Investor’s Mindset, our newest Mass Affluent wealth segmentation study of households with a net worth between $100,000 and $1 million (not including primary residence), they might want to schedule more confabs with their children. Only one-third would rate their adult children as better at investing as they are. Less than three-in-ten (27 percent) believe their children will be better off than they are when their children reach their current age. One-third also reports that their children spend more than they did at their age.

The largest percentage of Mass Affluent investors (59 percent) considers themselves only fairly knowledgeable about investing and financial products with still a great deal to learn. Only 12 percent consider themselves “very knowledgeable.” In comparison, 21 percent of Millionaire investors with a net worth up to $5 million, have the highest confidence in their investment knowledge, our research finds. Consequently, a larger percentage (40 percent) report that their adult children are better at investing than they are and slightly fewer indicate that their children spend more than they did when they were their children’s age (29 percent). A slightly higher percentage of Millionaires (30 percent) think their children will financially be better off when they grow up to reach their current age.

Similarly, across all generations, Mass Affluent Gen Xers comprise the largest percentage of investors (39 percent) who believe that their children will be better off when their children reach their current age. One-third of Mass Affluent Millennials and 29 percent each of Baby Boomers and WWII generation households.

The money talk is not an easy one, and in many households it is avoided or put off for another day. Financial advisors can play a key role in facilitating this important discussion.

·        Have you been asked to meet with a client’s children? Have you offered to make the introduction? Our Mass Affluent research finds that the largest percentage of non-Millionaires think between the ages of 18-25 are the most appropriate age to be introduced to a financial advisor.

·         Discuss the prospect of meeting family members directly with your client. Almost half (46 percent) think this is the best way to pave the way for a fruitful family discussion, according to our 2015 study, Advisor Relationships and Changing Advice Requirements.

·         This same study also finds that the next largest percentage (37 percent) of Mass Affluent investors think one-on-one educational meetings are the best way to educate children about their wealth.