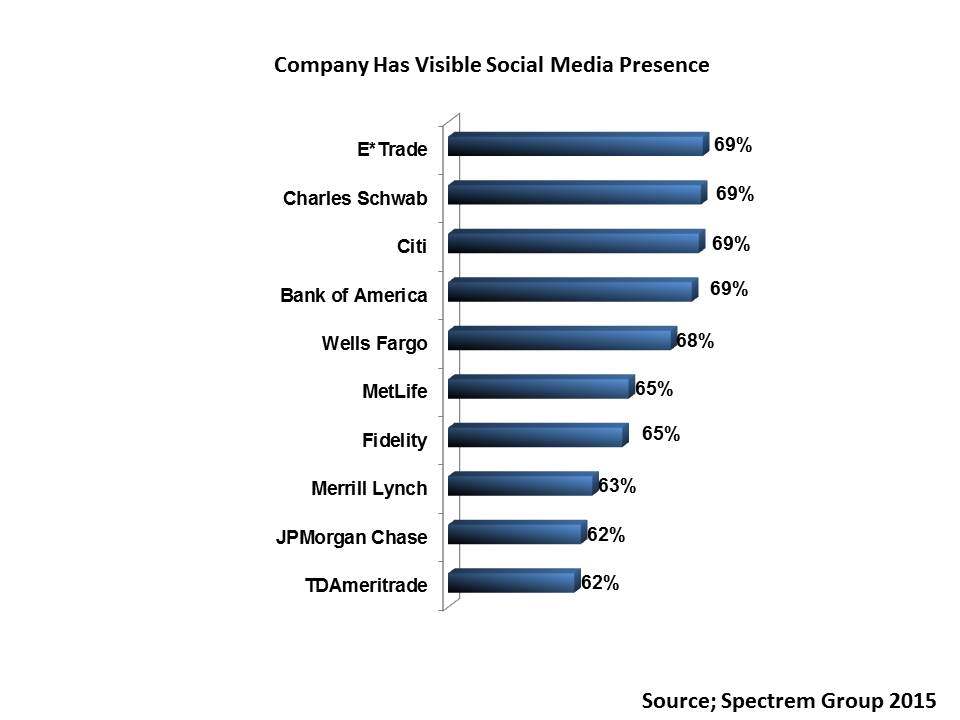 One-third are using technology to research information on financial products and services. Nearly one-fourth are buying and selling investments and corresponding with a financial professional.

Financial advisors and providers, then, need to communicate in the language and using the tools that their customers do. Who is doing the best job?

Asset Allocation, Portfolios and Primary Providers, our fourth quarter study of investors with a net worth between $100,000 and $1 million (not including primary residence), identifies the companies Mass Affluent investors consider to have the strongest social media presence.

It is a testament perhaps to the accessibility and widespread acceptance of social media and mobile technology that age is not a significant factor in which companies are perceived to have a strong social media visibility. Younger people are generally considered to be the first adapters of new technology and to be more Internet savvy than their older counterparts. But with a few exceptions, from Millennials to seniors, there is little gap in acknowledgement of a company’s social media initiatives.