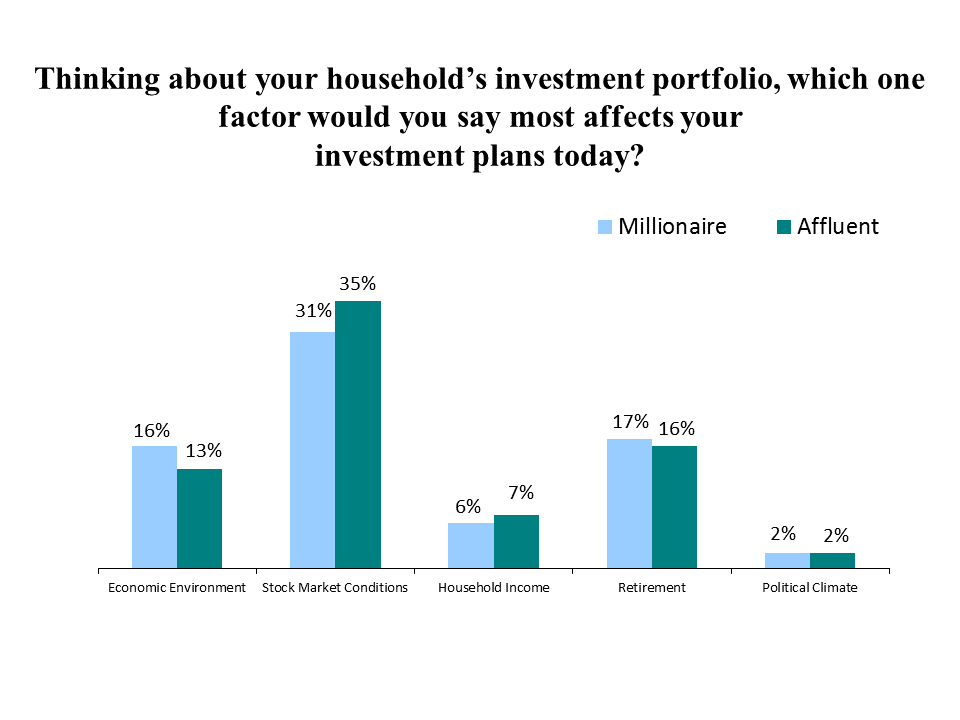 U.S. stocks suffered the worst 10-day start to a calendar year ever, driven primarily by concerns over a slowdown in China’s economy, falling oil prices, the alleged nuclear test in North Korea and escalating tensions in the Middle East.

The next highest percentage of Affluent investors (16 percent) cited Retirement as the primary factor affecting their current investment plans, an indication of how hits to their portfolios during the recent market drops would impact their retirement savings.

Thirteen percent of Affluent respondents said the Economic environment was the key factor affecting their investment plans today. This is up from 10 percent in October.

Seven percent of respondents said that Household Income is most affecting their current investment plans. A scant two percent consider the Political Climate to be a driving factor in their investment plans, which suggests Affluent investors are for the moment tuning out the presidential campaign and partisan rancor to focus more on Wall Street.