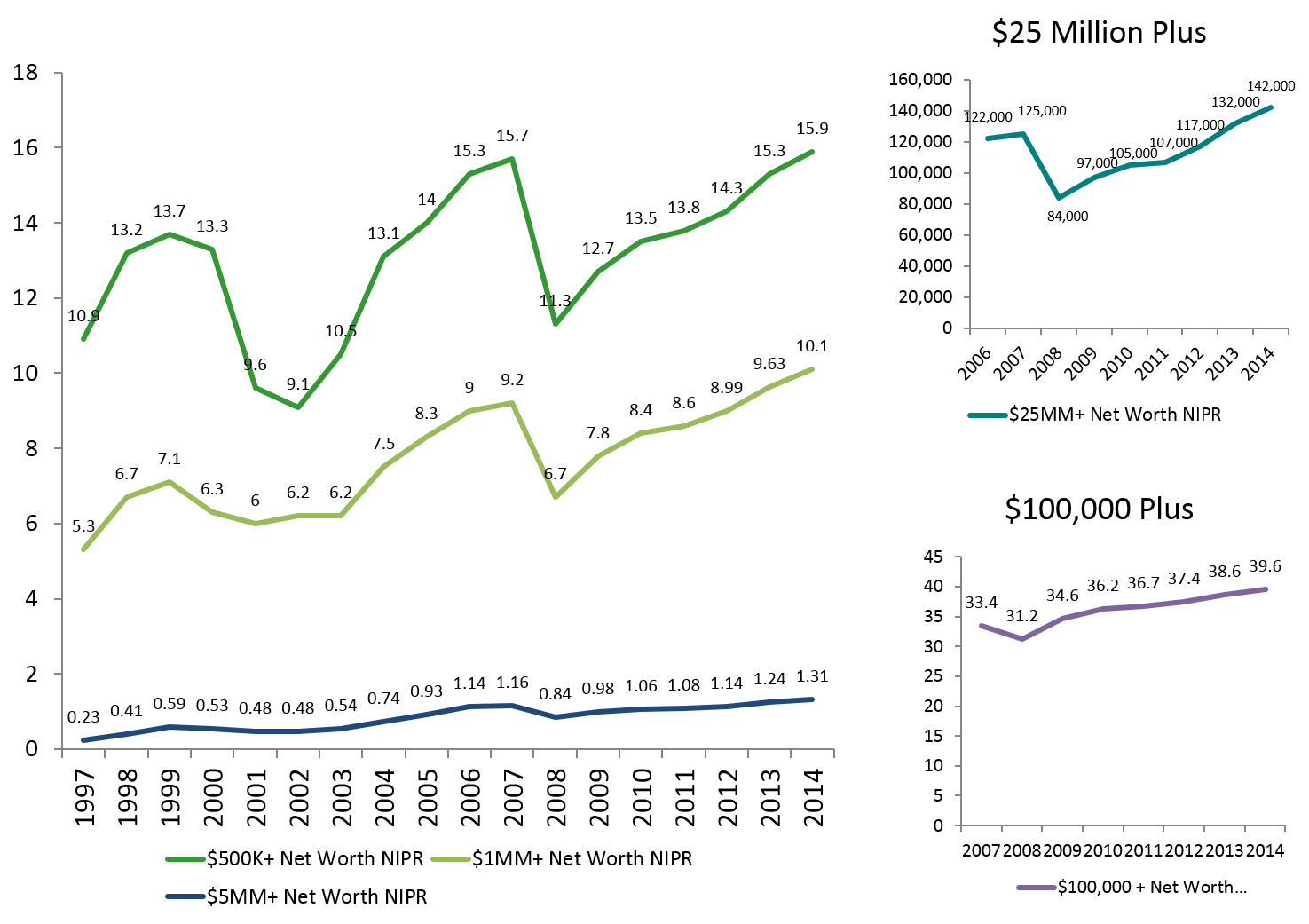 had over $25 million of net worth. All of these households recovered to prerecession

levels. Although households with $500,000 plus of net worth were not at their

highest point ever, they were close to recovering to pre-recession levels.

There are more wealthy Americans than ever before, and the number of Americans with at least $1 million has reached a significant total.

Spectrem’s annual Market Insights 2015 has been released, and it shows that there are more than 10 million Americans with a net worth of at least $1 million out of the total of 121 million households. The total is at 10.1 million, and the percentage of Millionaires among the population is 8.3 percent.

Market Insights 2015 also includes information on how the affluent investors invest their funds, how much risk they are willing to take, and their plans for passing on their wealth to the next generation.

The key numbers from the report include: