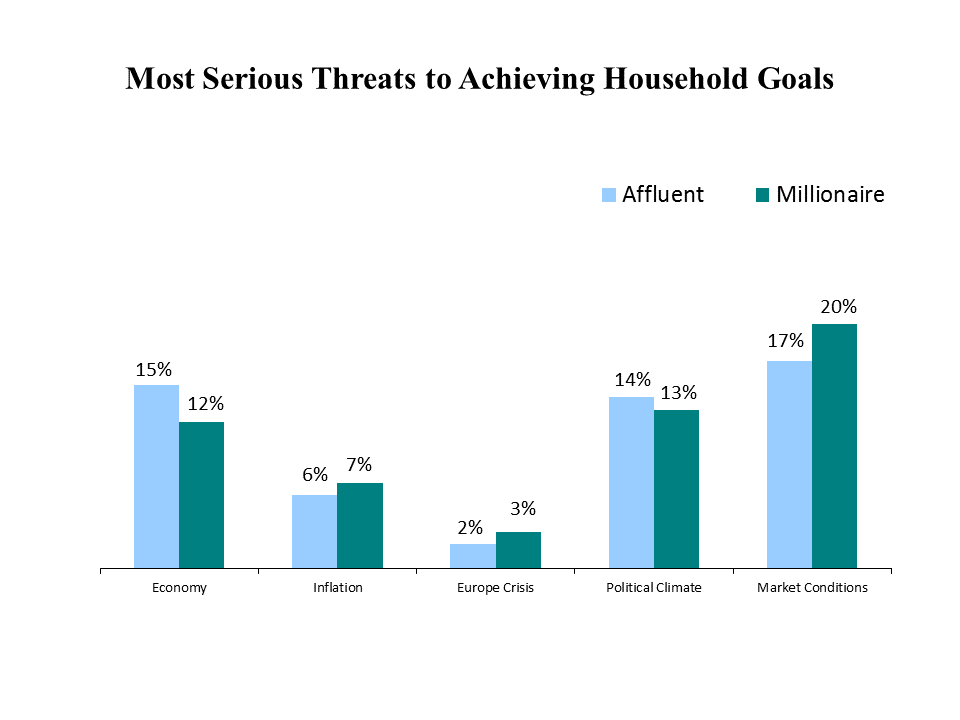 A triple threat of market conditions, the economy and the political climate are considered by Affluent investors to be the most serious threats to achieving their financial goals, according to a Spectrem Group survey.

The political climate in June is heating up with the weather. Five of the 13 announced Republican candidates for president announced this month, and several events have sharpened the political rhetoric, including two controversial Supreme Court rulings, one that upheld the Affordable Care Act (anathema to the Republican candidates) and the second that made same-sex marriage legal in all 50 states (also anathema to the GOP hopefuls).

In addition, there was the tragic shooting at an historic black church in Charleston, South Carolina, that left nine black parishioners dead, which sparked debate anew over the Confederate flag that flies over that state’s capital.

The percentage of Affluent investors over all who cite market conditions and the economy as the most serious threats to achieving their household’s financial goals at this time both increased from three months ago, when this question was last asked.

Impacting market conditions were investor concerns about China, the world’s second largest economy, and Greece, which is on a path toward default if a last minute deal cannot be reached with its international creditors toward making a debt repayment due Tuesday. In addition, focus intensified in June on when the Federal Reserve will raise its key interest rate or the first time since June 2006. With the economy showing signs of strength, current speculation is that rates will be raised in September.