Marijuana As An Investment Option 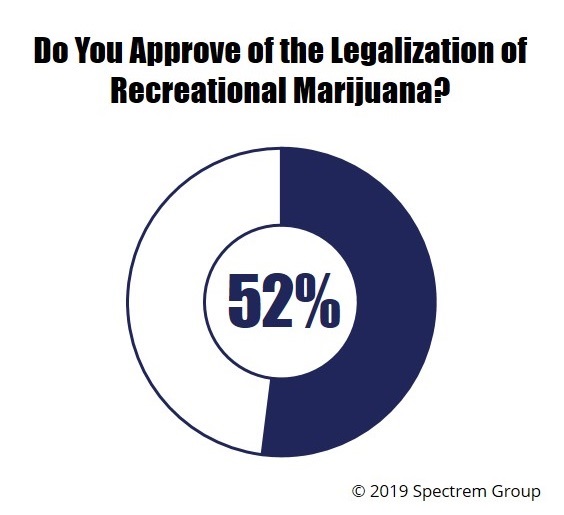 For the fall semester of 2019, several public and private colleges are providing classes in investing in marijuana, as well as how to conduct a marijuana-related business.

Between the growth, refining, distribution and marketing of marijuana, investors have the chance to be financially involved in a market that appears to be headed toward a wider level of acceptance, both socially and financially.

The opportunity for growth is staggering, since only 10 states of the United States currently allow the recreational use and sale of marijuana.  The popular belief is that at least 10 more states will soon follow suit. As of mid-May 2019, 33 states have legalized medical marijuana, and that number is expected to increase.

Remember, marijuana use and distribution are still illegal in the United States. State laws supercede federal law within the borders of the states, but interstate transport of marijuana is against the law. If federal law is ever altered making recreational marijuana legal nationwide, the marketplace will explode.

Investors usually like the opportunity to invest in a product that is in its infancy as an investable product, but which has not only the possibility of growth but an almost certainty that production and sale of that product will climb over time.

In Spectrem’s monthly research of wealthy investors, several questions were asked regarding marijuana as an investment option. The results show that there are investors who are hoping to invest in the growth market, but that the idea has not yet taken root among most investors.

Among more than 700 investors, 52 percent approved of the legalization of recreational marijuana. There was an obvious difference in response based on age, as 66 percent of Millennials agreed compared to just 37 percent of World War II investors. Also, 28 percent of all investors are more in favor of the idea than they were five years ago.

So, there is an obvious level of interest in the opportunity to invest in the production of marijuana. Why aren’t investors investing in those products?

While a majority of investors are not opposed to the legalization of marijuana, only 9 percent of investors have invested in companies which produce marijuana either for medicinal or recreational purpose. Only 17 percent of Millennial investors have done so, which means the market for marijuana as an investment option has not yet been fully grasped by investors.

The lack of action in the marijuana market is not particularly related to objections against the legalization of marijuana, as only 28 percent of investors said they opposed the idea of legal marijuana on moral or ethical grounds.

Are we still in a waiting period for actively promoting marijuana products as an investment option?

Despite the slow approach of investors into the world of marijuana production, the science has continued, and today, researchers have determined that cannabidiol, colloquially known as CBD, is a chemical compound found in marijuana which is not psycho-active but does provide relief for pain, anxiety and inflammation. CBD is a very popular medicinal product and is also causing state and federal governments to consider its use in medical treatments.

Among the investors surveyed by Spectrem, 53 percent agreed they would be willing to invest in companies involved in the creation and marketing of CBD, which appears to be beneficial without being addictive or psychosomatic.