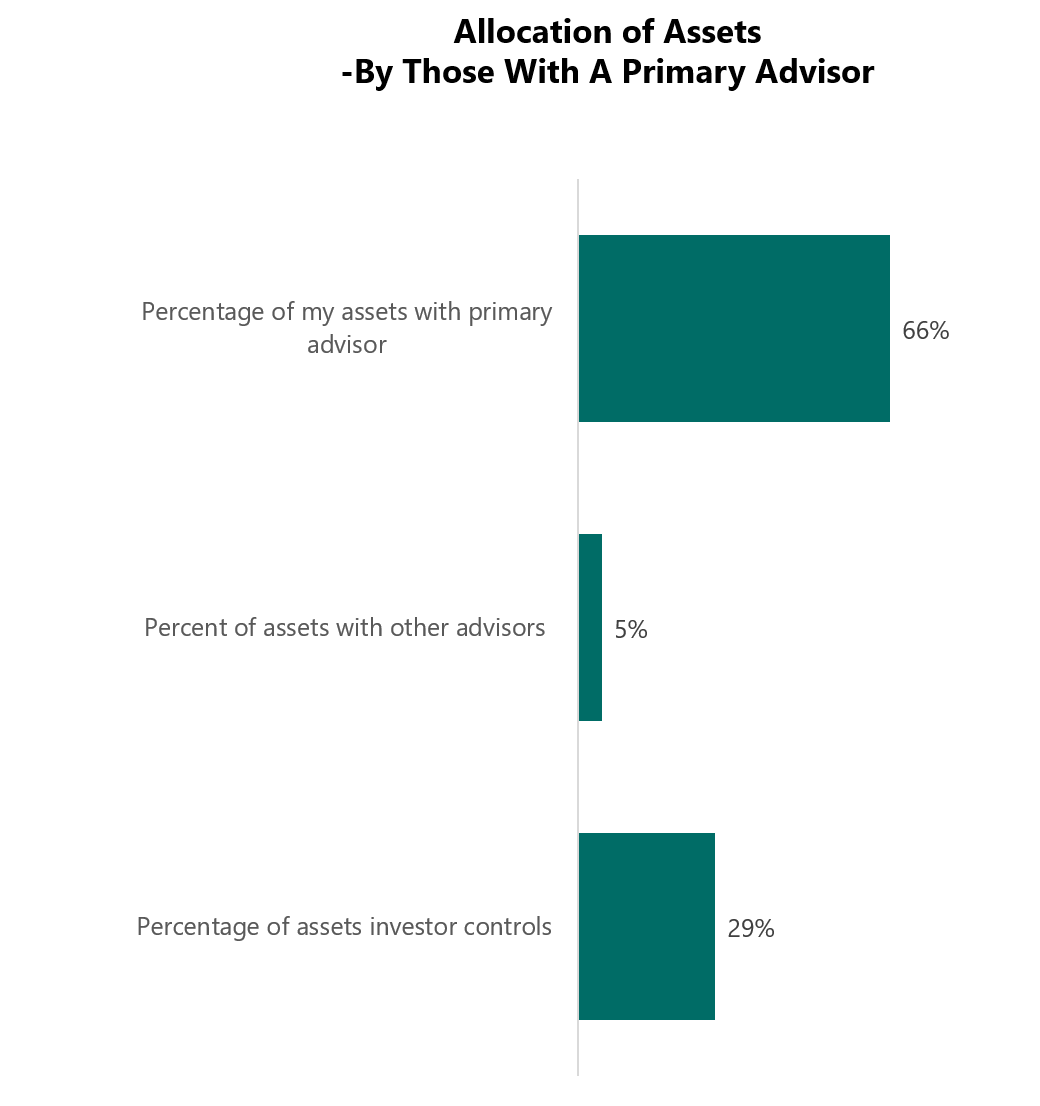 Investors who work with financial advisors rarely turn over the entirety of their investable assets to their professional advisor.

Spectrem’s new study Advisor Relationships: How to Develop Loyalty* looks at the percentage of investable assets investors do turn over to their primary financial advisor for management. The research not only includes the percentage of assets given over to an advisor but the reasons for the amount of assets they release to their advisor.

Advisors can have a fairly good idea how their relationship with their client goes based on the assets that are turned over for management. While loyalty does not necessarily translate to more business, there is a correlation that can be drawn, and when a client commits more assets to their account, that indicates a satisfaction level in the work previously done.

On the other hand, 37 percent of those investors who do have a majority of their assets with one advisor claim that the returns have been good with that plan and they see no reason to alter their allocations.

Other responses in the study showed the wide range of reasons why investors do or do not place a majority of their assets with their primary advisor.