During the recent riots occurring across the country, the New York Post and other publications reported that affluent white kids were often involved in some of the destruction of property occurring in various cities.  While many of these young people were involved in protests based upon their strong philosophical beliefs regarding Black Lives Matter and other social organizations, the violent actions that others were involved in reflect the fears that their parents and grandparents may have that younger generations who are the beneficiaries of great wealth might not understand or appreciate their wealth.  Combine these types of actions with the opposite fears…..teenagers spending their money on Gucci purses, high-end shoes, clothing and ostentatious cars and one can see the angst that parents and grandparents feel about passing down their values to the next generation.

Spectrem Group conducts research with households with more than $25 million of net worth on a regular basis.  In late 2018, 74% of wealthy investors indicated that they were concerned about the next generation being wasteful with the money they might inherit.  Interestingly, younger wealthy parents, those under age 37, were more concerned (91%) than older generations with only 57% of those over age 54 being concerned about their children being wasteful.  Note that 73% of those between the ages of 38-53 worry about their children wasting money. 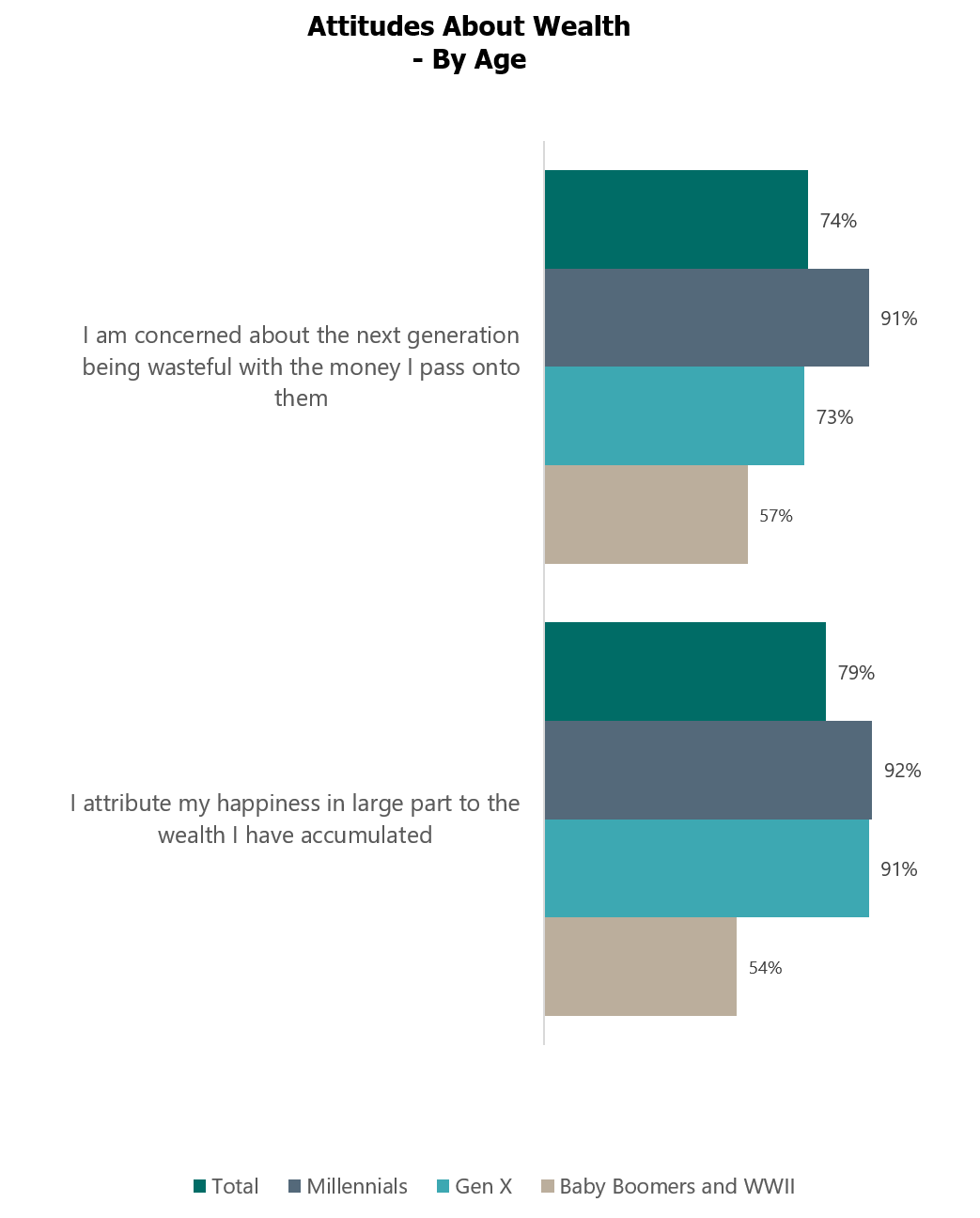 The difficult part is defining exactly what wealthy households want their children to learn.  Is it simply the fundamentals of saving and investing?  Is it the goals of philanthropy and how to promote those specific causes?  Or is it more philosophical regarding the need to work?  To contribute to society in many ways?  Or something else?  Financial advisors must work with their wealthy clients to meet their expectations regarding the education of beneficiaries.