June 18, 2015 Fact of the Day:  What are the concerns of retirement plan participants?

DID YOU KNOW THAT MORE THAN HALF OF RETIREMENT PLAN PARTICIPANTS UNDER THE AGE OF 50 REMAIN CONCERNED ABOUT FINANCING THE EDUCATION OF THEIR CHILDREN? 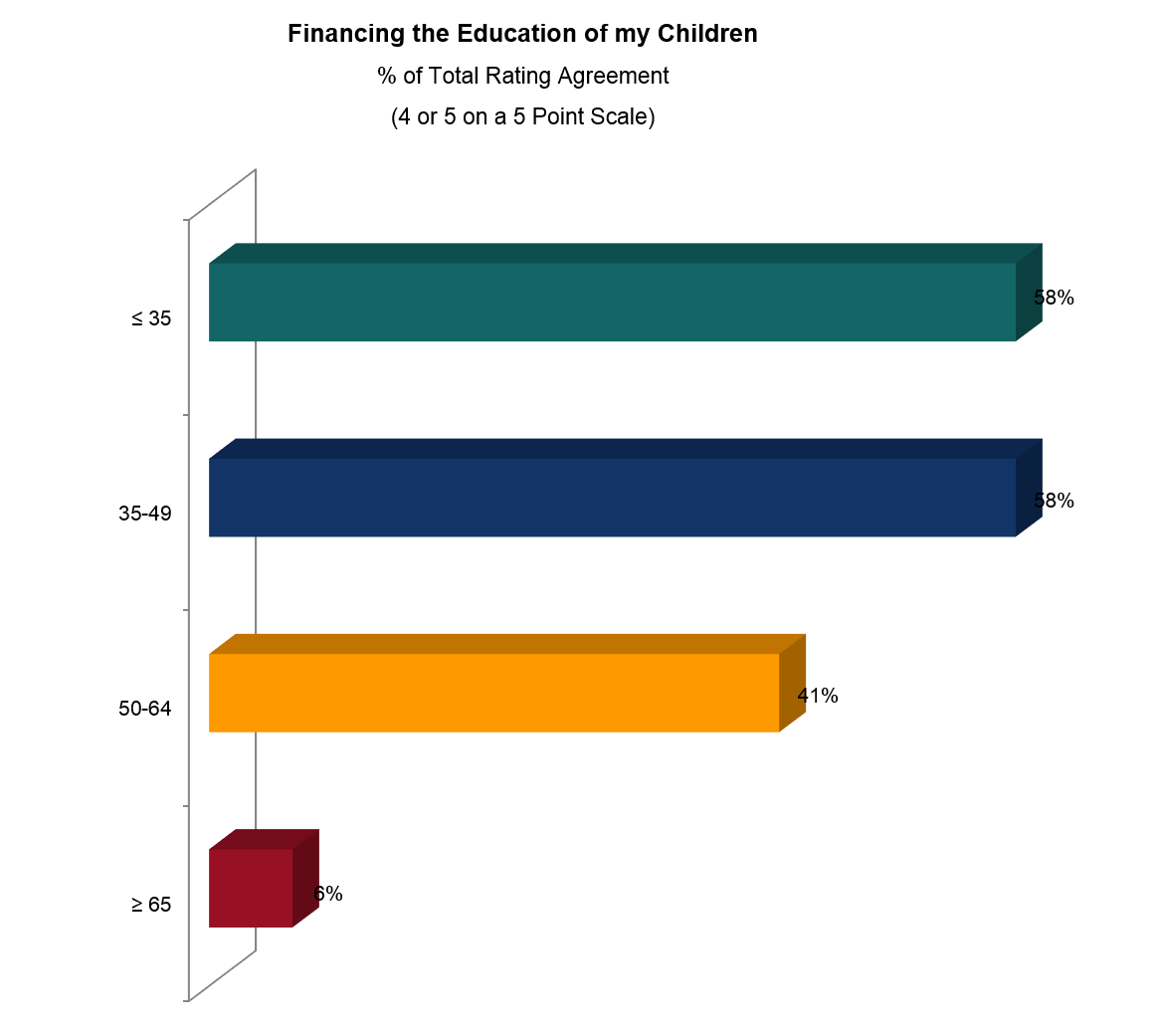 In fact, 58 percent of retirement plan participants under the age of 50 indicated that they are worried about education costs, primarily college.

Financial advisors and providers must assist investors with these critical issues.  Most people don’t know where to turn for advice regarding these issues.  Do you have aging parents?  Do you know where to go?