DID YOU KNOW THAT MOST INVESTORS BELIEVE THAT SOCIALLY RESPONSIBLE INVESTMENTS WILL RESULT IN A SIMILAR RETURN AS OTHER INVESTMENTS? 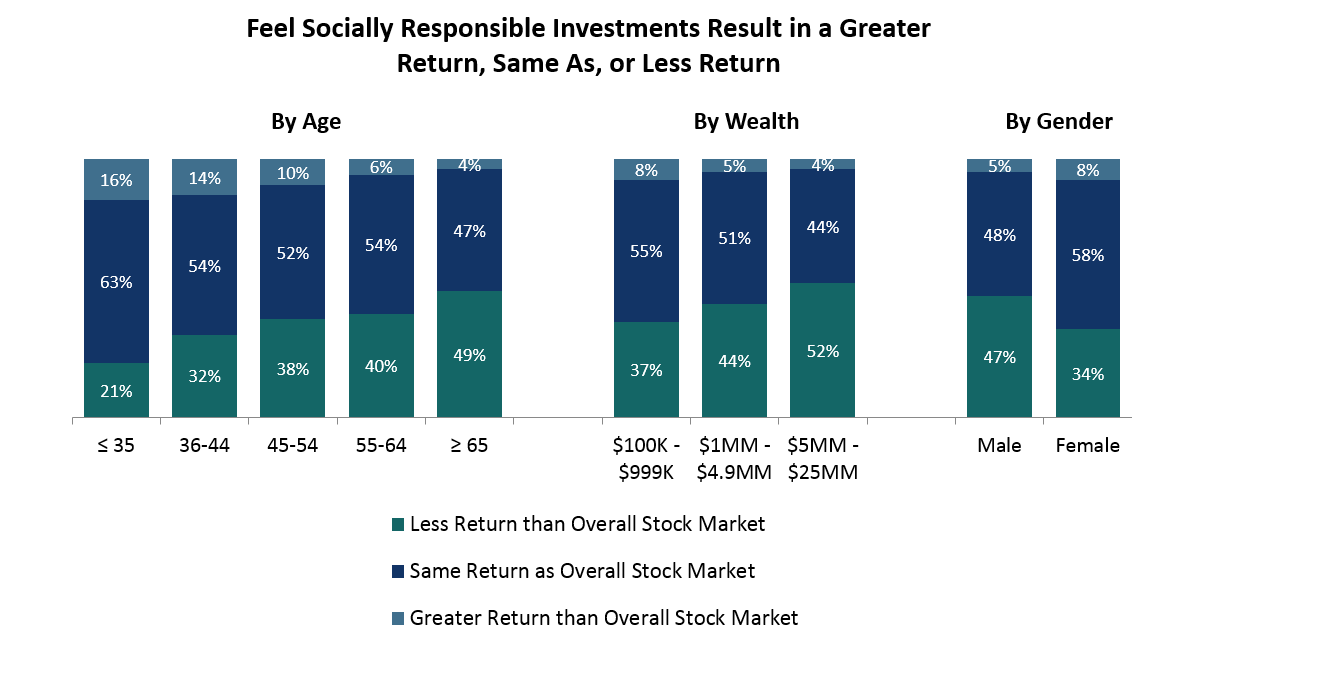 In research recently conducted by Spectrem Group, roughly the same percentage of investors felt that the return for a socially responsible investment should be the same as other investments as did the number of investors who believed it should be less.  Only a small portion felt the returns would be better.