June 15, 2015 Fact of the Day:  What worries young affluent investors?

DID YOU KNOW THAT A THIRD OF INVESTORS WITH $100,000 TO $1 MILLION OF ASSETS, UNDER THE AGE OF 35, ARE WORRIED ABOUT THE AMOUNT OF DEBT THEY HAVE? 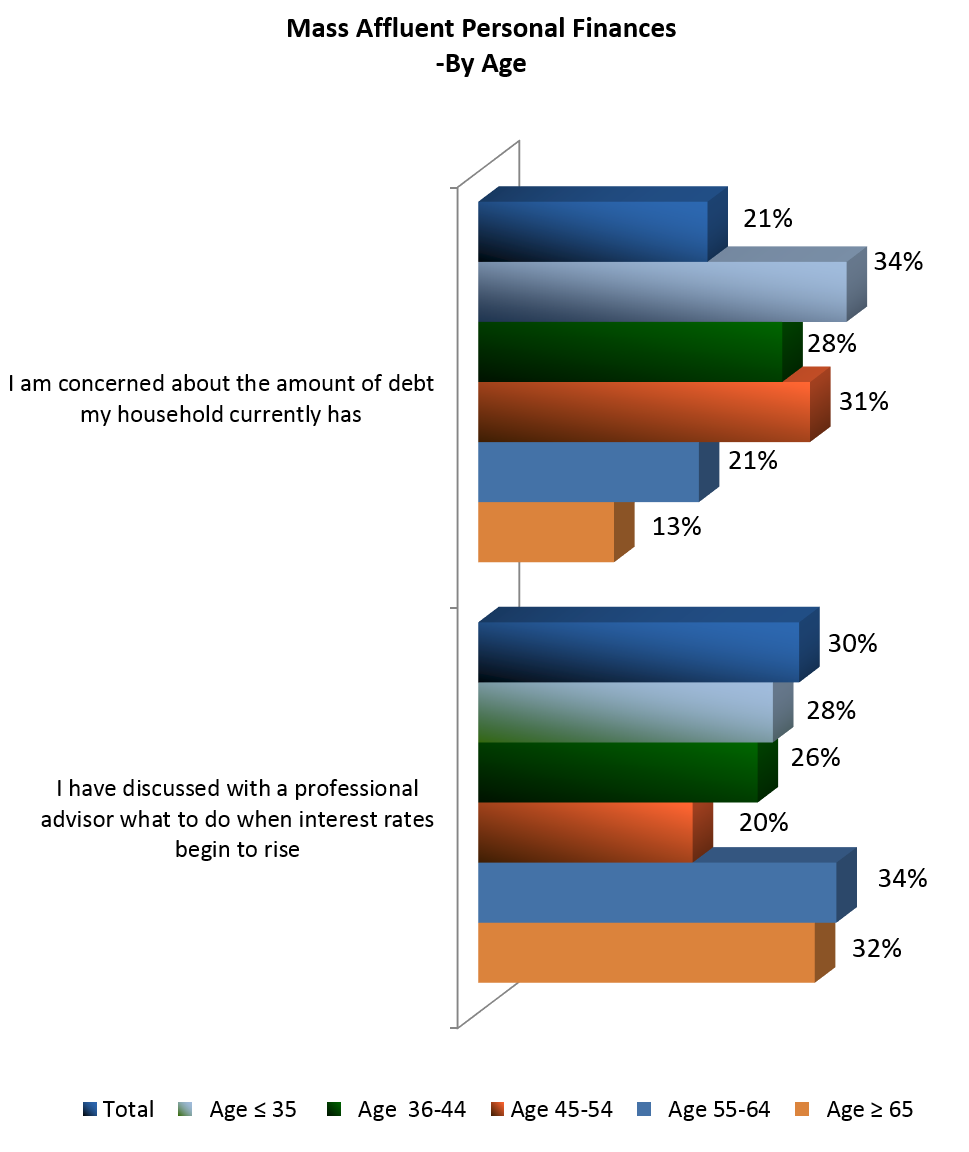 Older households are worried about low interest rates…..measuring 43 percent.  These older households want their fixed income investments to have a better return.