July 24, 2015 Fact of the Day:  Do affluent investors feel children over 16 should get a summer job?

DID YOU KNOW THAT MOST WEALTHY HOUSEHOLDS REQUIRED THEIR CHILDREN OR GRANDCHILDREN OVER THE AGE OF 16 TO HAVE A SUMMER JOB? 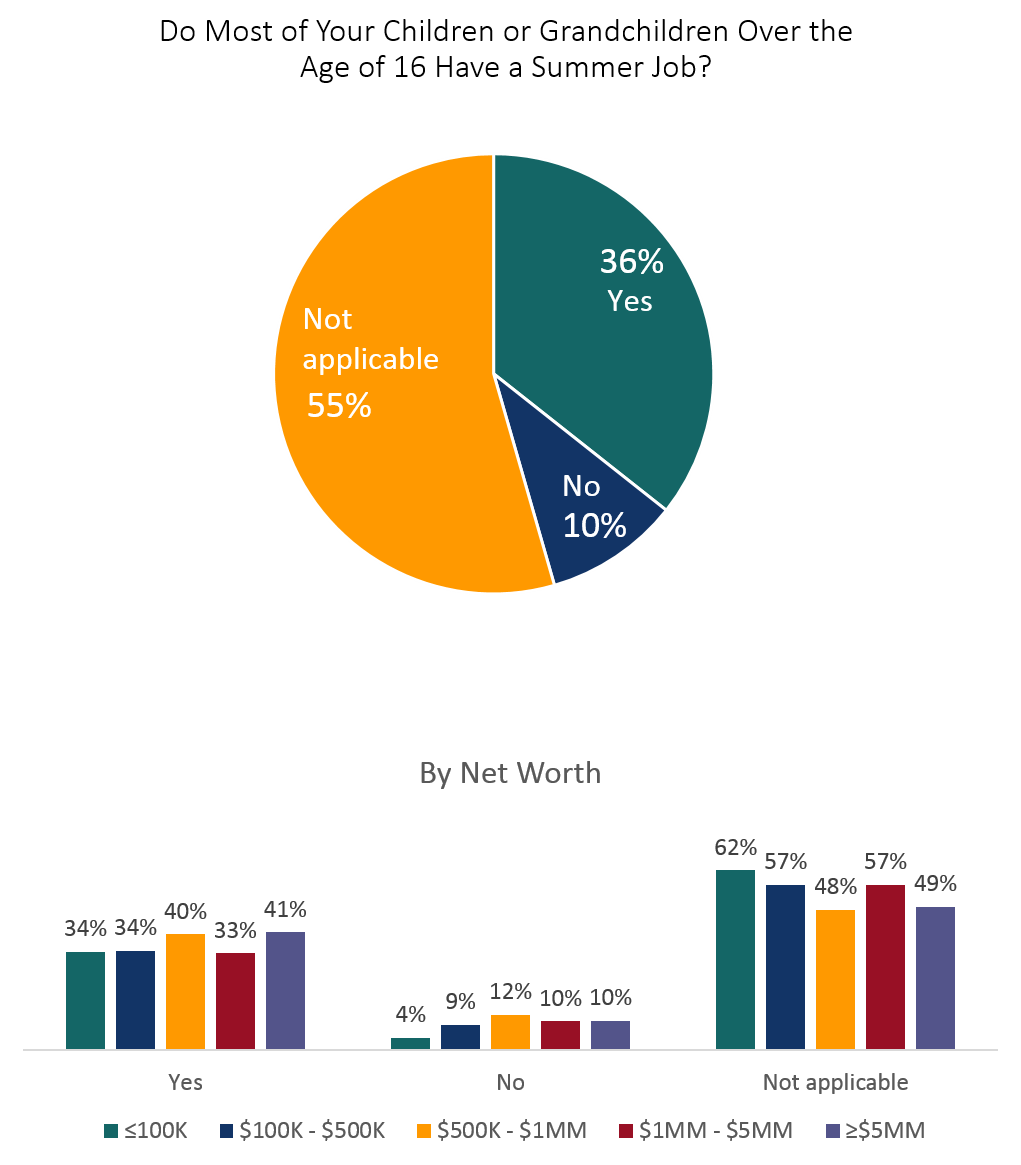 In fact, in recent research completed by Spectrem Group with wealthy households, 87 percent felt children over age 16 should have a summer job.  The results were consistent regardless of age, wealth level or even political party.

Summer Internships did not rate as highly with only 62 percent agreeing that a summer internship was important.  Wealthier households were more supportive of internships than the less wealthy.

Overall, more than 80 percent of investors felt that having a summer job taught children the importance of financial independence.  This was supported by 51 percent of Republicans who strongly agreed with this belief compared to only 45 percent of Democrats who felt similarly.

To learn more about High Net Worth investors click here or contact Randy Wostratzky at rwostratzky@spectrem.com or 224-544-5195