July 20, 2015 Fact of the Day:  Are younger Millionaires more optimistic?

DID YOU KNOW THAT YOUNGER INVESTORS ARE MORE LIKELY TO BE OPTIMISTIC ABOUT THE FUTURE THAN OLDER MILLIONAIRES? 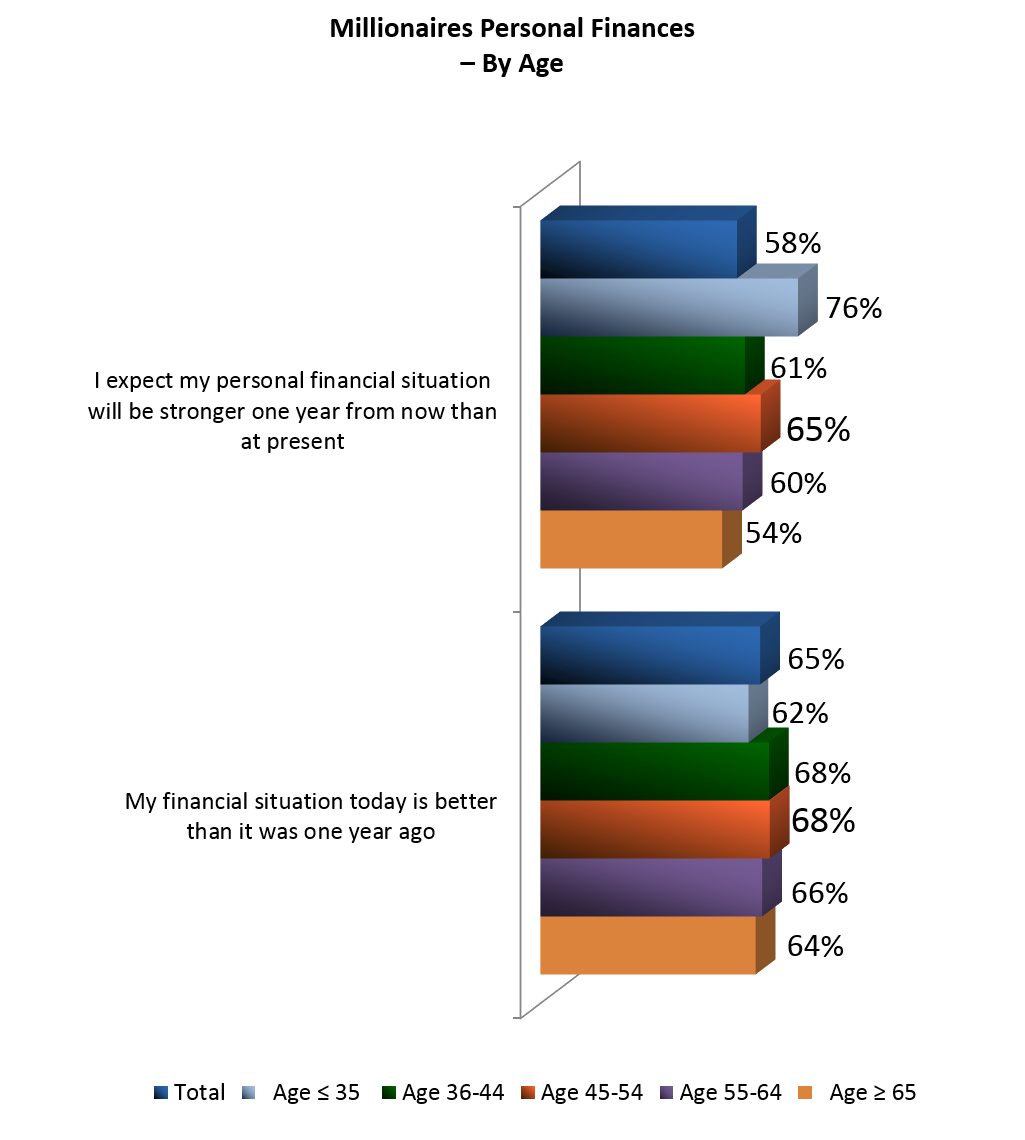 -Professionals were the least likely to feel positively about the future (healthcare costs??) while Business Owners were the most optimistic.

It’s likely that older investors are living on a fixed income…and with interest rates remaining low, they are probably drawing upon their principal rather than living on their interest payments.  Younger people have traditionally been more optimistic.

What are you thoughts about the rest of 2015?  Are you optimistic or do you remain cautious?

To learn more about Millionaires and their financial attitudes and concerns, click here or contact Randy Wostratzky at rwostratzky@spectrem.com or 224-544-5195.