Judging an Advisor by His or Her Photo 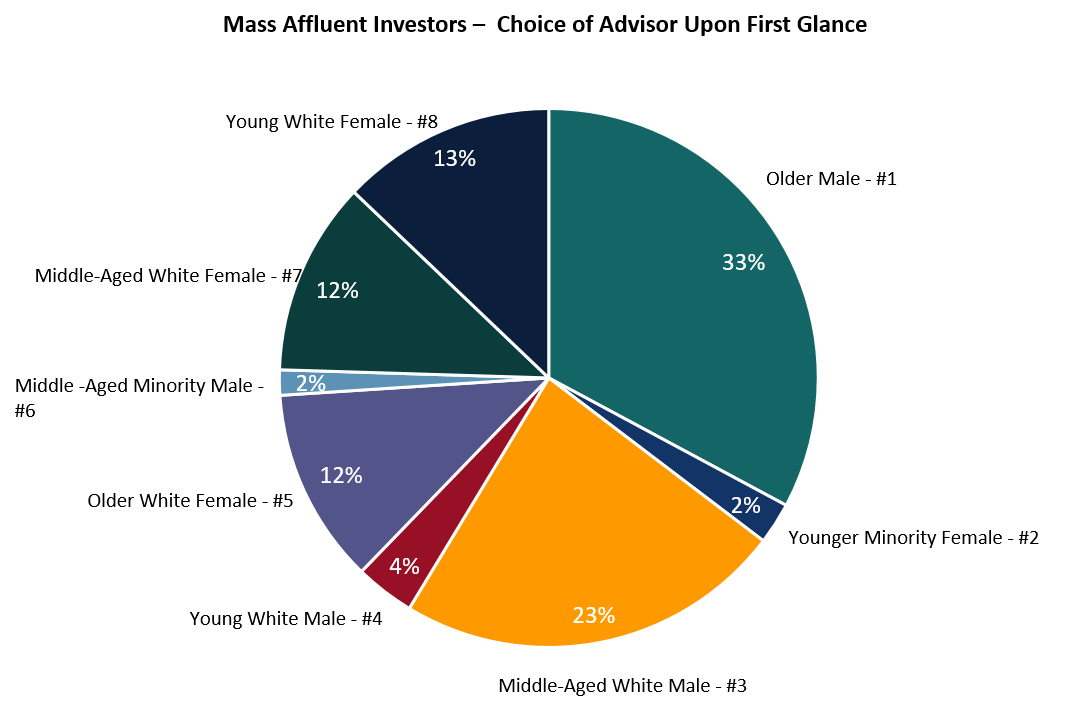 The search for a new advisor has to start somewhere, and often it starts with a website or advertising photo. For some advisors, that is a good thing. For others, not so much.

According to our White Paper Snap Judgments: Do First Visual Impressions Impact Financial Advisor Selection?, first impressions matter, and occasionally, that first impression comes from a photograph on a website or other form of advertising. In those occasions, the advisor who happens to be an older white male has an advantage over female advisors, young advisors or advisors of color.

“Perceptions play a role in a new investor-advisor relationship, and this research shows that white males and older female advisors are initially regarded as being the most trustworthy and having the most experience,’’ said Spectrem President George H. Walper Jr. “However, our research has also found that 20 percent of investors believe their advisor should have a similar cultural background as their own.”

To determine the effectiveness and selectivity of first impression photographs, we showed high net worth investors a group photo of eight adults, each representing a different combination of race, gender and age. Without receiving any other information about each person, investors were asked to state which person they would be most likely to select as their financial advisor.

That puts the group of advisors who are white males and not perceivably young at 56 percent of the investors.

The white female advisors, of which there were three in the photo, were selected by 37 percent of the investors, with almost no significant gap between older, middle-aged and young (12-13 percent each).

Receiving less than 10 percent of the selections were the young white male (4 percent), the middle-aged minority male (2 percent) and the younger minority female (2 percent). The two minority advisors were both black.

This is data based on first impressions. Face-to-face meetings can alter those perceptions, and with an increasingly diverse population of investors, there may be a change eventually in how advisors are perceived base on race, age and gender.

The population of investors is going to change as the population of America changes in terms of race, gender and age. Research has found that African-American and Hispanic investors are interested in having the option of working with an advisor of the same ethnicity, women more often enjoy working with women, and young investors can be put off by an investor two generations removed from them.