It's Summer and the Index is Sunny 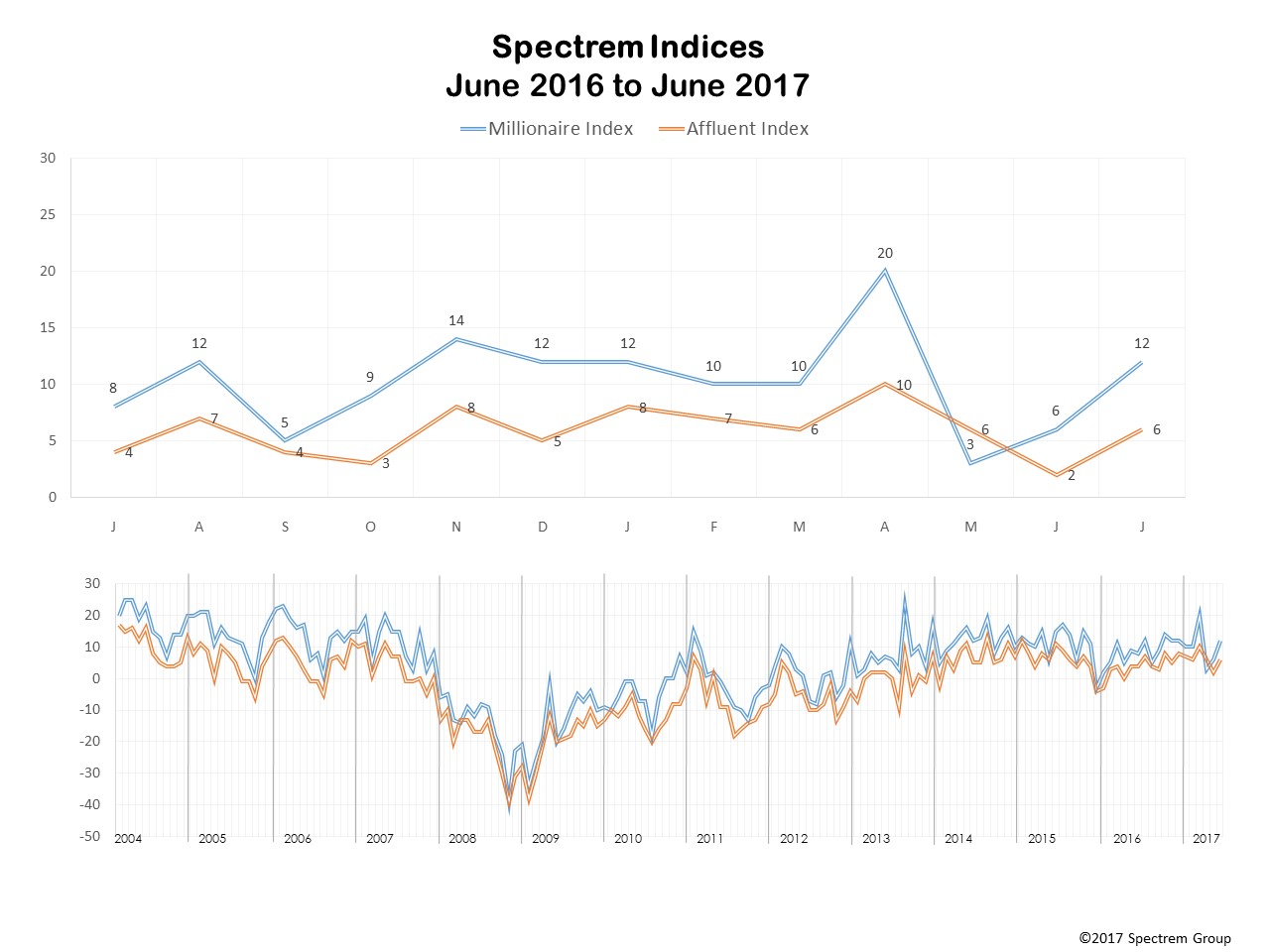 The sun is out, the summer is well underway, and investor optimism is high.

Two months after experiencing its biggest drop in history, the Spectrem Millionaire Investor Confidence Index (SMICI) continued its rebound, getting back into double digits at 12 in July. That’s a six-point gain, the best since the remarkable 10-point gain in April 2017. The Spectrem Affluent Investor Confidence Index (SAICI) also continued its own climb back in positive numbers, to 6, an increase of 4 points.

The monthly Spectrem Affluent Investor Confidence index tracks changes in investment sentiment among the 17 million households in America with more than $500,000 of investable assets. The Spectrem Millionaire Investors Confidence Index (SMICI) reflects the investment sentiment of households with more than $1 million in investable assets. The July fielding was conducted from July 18-July 25, 2017.

Among all of the components used to determine the Spectrem indices, the results were higher, indicating an overall positive view of the economy and the atmosphere for investment. There was one exception to that outlook, and that was in the percentage of non-Millionaire investors who removed themselves from investing in July.

Millionaires took the other route, with only 26.6 percent choosing not to invest. That is the lowest percentage of Millionaires not investing since April, and shows that Millionaires are back in the mood to invest.

What did they invest in? Millionaires increased their investment in all categories, with the largest gain in real estate investing, with 10.5 percent, the highest percentage of Millionaires investing in real estate since September of last year. That is occurring as the housing market continues its trend of low inventory.

Asked what changes investors had planned to improve their financial well-being, 30 percent planned no changes, but 14 percent said they would invest or save more over the next 12 months.

The Spectrem Household Outlook, a monthly measure of the long-term confidence in four financial factors that impact a household’s daily life, climbed back from two months of declines to 25.00, from the 2017 low of 19.50 one month ago. The Outlook rose among both Millionaires and non-Millionaires, continuing the trend of positive responses for the month of July.

Among the four components creating the overall Outlook, the greatest gains were in Household Income and the Economy, although in both cases the rebound was from one of the lowest points in recent history. The only negative response was among Millionaires and their outlook toward Household Assets, which dropped more than 4 points.