Investors Have Recession In Mind 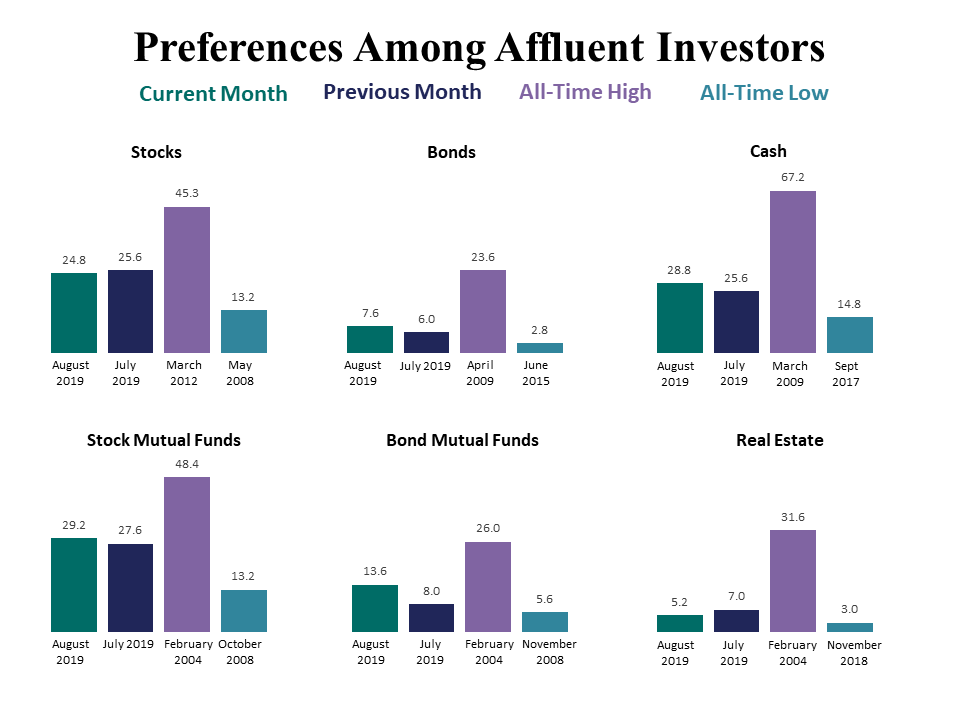 Recession concerns are not a new phenomenon for most American investors. Many of them lived through 2008, and all of them have heard the cry of the pessimists throughout the decade-long market growth since that time.

But the inverted Treasury note yield reported in mid-August, coming so quickly after a similar report in June, caused investors to rethink their allocations, pushing them toward cash and bond products and away from the stock market.

The Spectrem Investor Confidence Indices for August showed a slight decrease in interest in stock investing and a notable increase in cash and bond investing among all investors. There was even an increase among all investors in those adding to their allocations, although most of the additions were in the safety products previously mentioned.

Male investors, who outnumber females in the Spectrem indices, decreased their interest in all components other than bond mutual funds, and that included a 5 percent drop in stock mutual fund investing. Those males not investing in the coming month, meaning those not increasing allocations, rose to 35.3 percent.

Investors who lean to the Democratic party increased their interest in individual stock and individual bond investing, and like all other political segments, dropped their percentage of those not investing to 42.11 percent.

Investors who are still in the working world decided in August that they wanted to invest more, and increased their investment allocations in all components other than individual stocks and real estate. But that included a 13 percent jump in cash investing, from 23.0 to 36.6 percent. Among working investors, there was also a large decrease in those not investing, to only 21.4 percent, the lowest percentage of 2019.