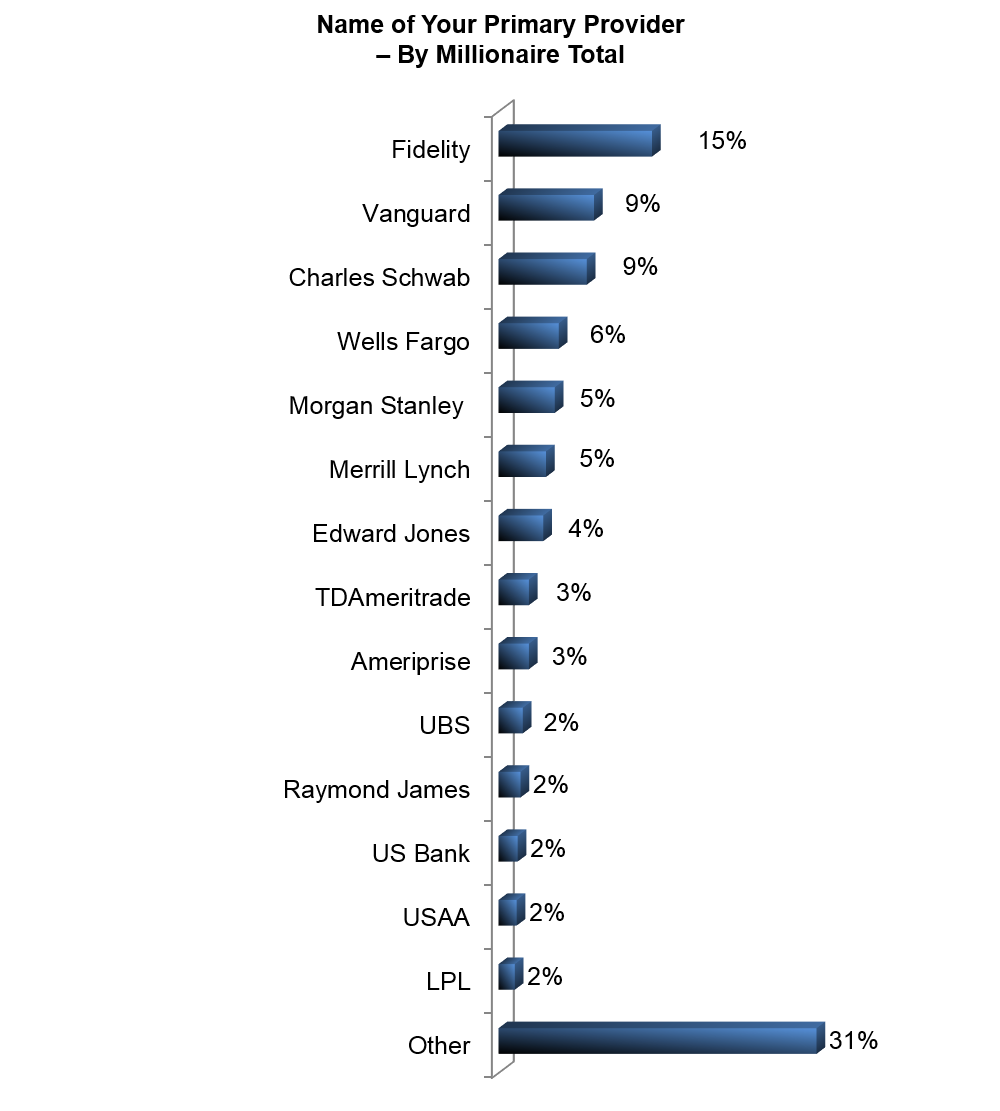 The array of financial providers in the U.S. is huge, and the competition appears to be wide open.

There are hundreds of financial provider companies that operate successfully nationwide. Although some companies are larger than others in terms of assets handled and customers served, the market of customers is wide spread among dozens of top firms.

Watch any programming on CNBC or Fox Business, where financial providers one after another try to attract clientele by pitching their financial skills. Likewise on networks like CNN, where an endless parade of providers try to equate working with them to having the life you want in the future.

Our third-quarter report Advisor Relationships and Changing Advice Requirementsindicates that with the research on which providers affluent investors work with. While there are a few that manage affairs with 5 percent or more of the affluent investor market, there are dozens that are selected as the top provider for only a small percentage of investors.

“Name recognition obviously plays a role in the selection of a financial provider, but it is equally obvious that name recognition does not sell the service alone,’’ said Spectrem president George H. Walper Jr.

Those investors are asked to name their primary provider and among all three segments Fidelity came out on top for 2015, with 16 percent of Mass Affluent and 15 percent of both Millionaire and UHNW investors.

Interestingly, Charles Schwab ranks second among Millionaires and UHNW investors, with 9 and 14 percent each, while Vanguard is second among Mass Affluent investors with 8 percent.

It is also telling that some of the percentages change over time, especially among UHNW investors. Only two years ago, Charles Schwab had 18 percent of the UHNW investors and Fidelity only had 9 percent. The 2015 numbers show Fidelity with 15 percent and Schwab with 14 percent.

Again, among UNNW investors, the list is shorter. Ten providers have at least 2 percent of the market and together have captured 72 percent of all UHNW investors.