Investors Desire Familiarity In Their Advisors 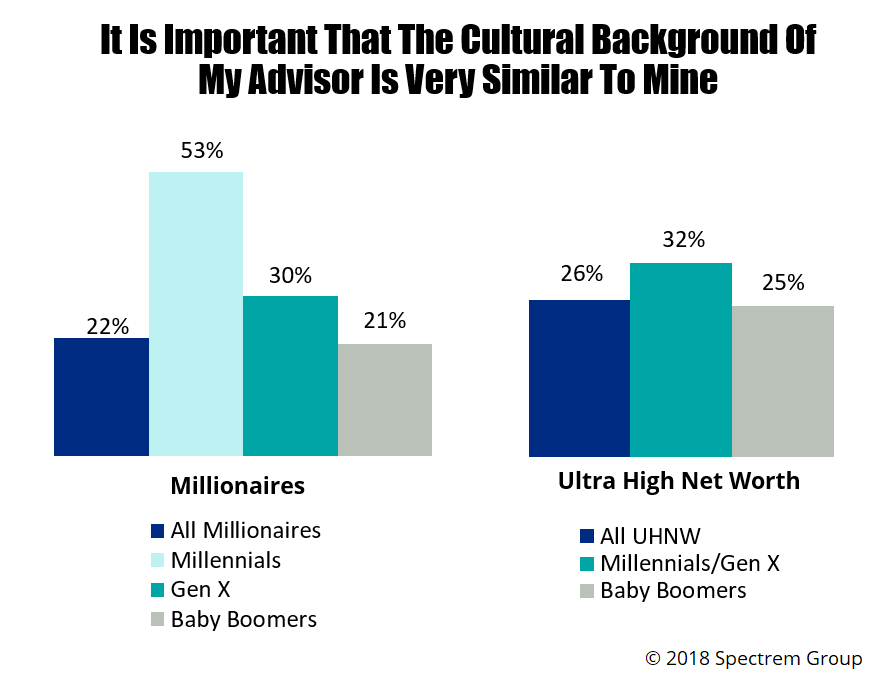 It is a component of human nature to want to be with people of your own kind. That’s probably true in the animal kingdom as well.

There is a comfortability factor in surrounding yourself with people with whom you can relate. Whether it promotes relaxation or the ability to communicate, people seek out those with whom they have similar backgrounds and interests.

The financial advisor industry suffers in offering to minority investors professionals with whom those investors can feel comfortable.

But the Latino population is growing and the black population continues to gain affluency. As a result, many potential investors may be hesitant to sign up for an account with an advisors because they cannot find one who feels familiar from a racial or ethnic standpoint.

However, among Millionaires, 53 percent of Millennials express an interest in working with an advisor with a similar cultural background. Notably, Millennials may have difficulty finding an advisor who fits that bill. That percentage drops to 30 percent among Gen X investors and 21 percent among Baby Boomers, but those older investors probably already have an established relationship with their advisor, who is likely Caucasian.

While the financial advisory industry is finally seeing a drop in the average age of advisors, there is still a significant percentage of advisors who are in their 50s or older. And, as seen by the study from the Certified Financial Planner Board of Standards, there is a minimum of advisors from two significant population segments in America.

“Diversity” is a buzzword in almost every industry in America today, but it holds a notable role in the financial advisory industry. Affluent investors have the opportunity to perform many investment tasks on their own thanks to digital investment platforms, and if a lack of diversity among advisors prevents a diverse population of investors from signing up, this is a problem for the industry to consider.