Investors Care How Companies Behave Toward The World 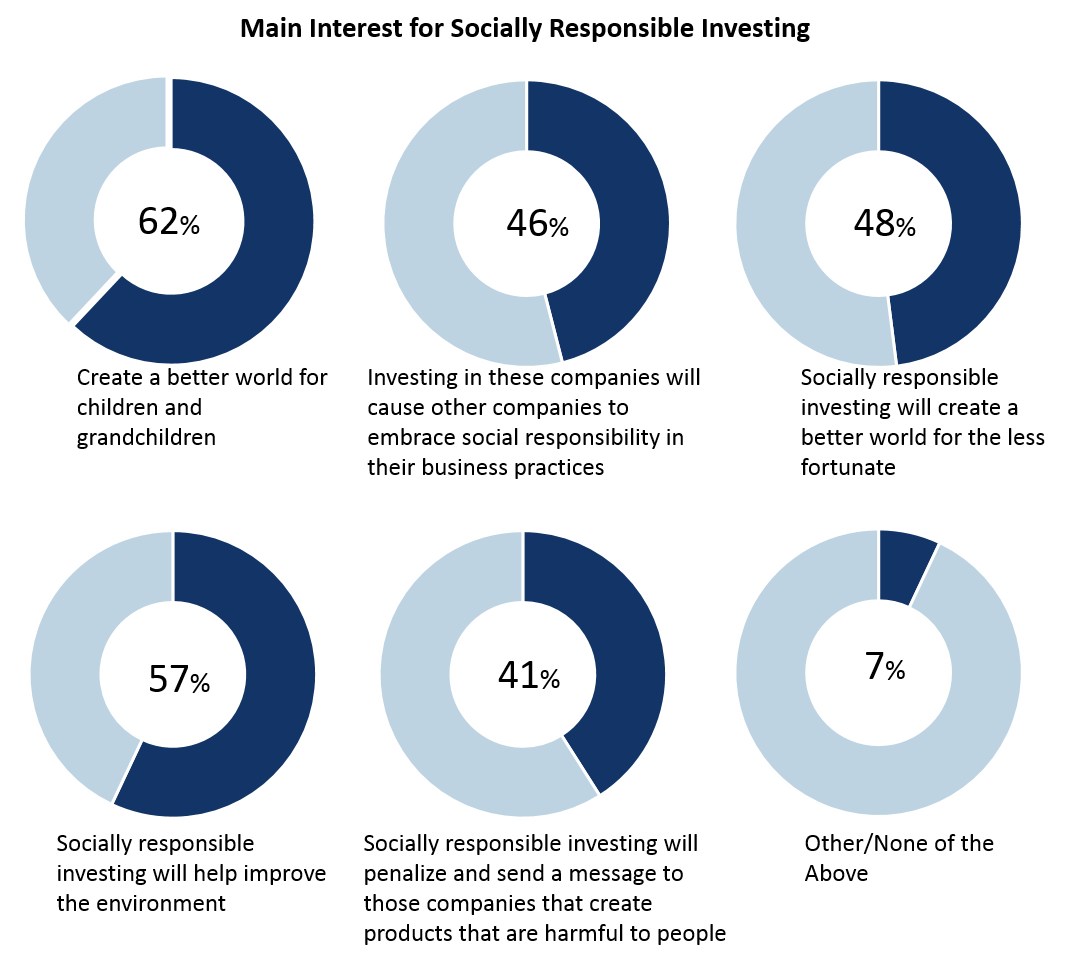 Investors often look to companies in particular industries, in the belief that those industries are blossoming and the potential for financial growth is high.

Others look to companies that have been stable for a long time and have always provided a return on investment.

But today, some investors have another motivation: to use their investable funds to make the world a better place to live.

While those investors are not going to put their funds in a losing proposition, they are going to want to know that the companies they invest in have an eye on the future of the planet as well as the future of the company. This outlook is known as socially responsible investing, and it is an increasingly popular choice among wealthy investors.

Spectrem’s Perspective, “Investor Perceptions of Socially Responsible and Impact Investing”, details the interest that currently exists among wealthy investors towards aiming at least a portion of their investment portfolio toward companies that benefit others while producing dividends or profits for investors.

If you are interested in learning more, take advantage of an exclusive opportunity to preview the Perspective by CLICKING HERE. Additionally, you can CLICK HERE to purchase the Perspective.

Thirty percent of high net worth investors have social responsibility on their mind when they consider their investment options. That percentage climbs in reverse proportion to wealth, as those with more wealth give less thought to socially responsible investments. There is a similar trend in terms of age, as older investors think less about what function their investments perform outside of making them more money.

Of those investors with an eye toward socially responsible investing, 62 percent say they want to create a better world for their children and grandchildren. Fifty-seven percent are aiming to help the environment, 48 percent want to invest in order to help those less fortunate, and 46 percent believe the success of companies with social responsibility programs and aims will cause other companies to follow suit.

While the trend is growing, it is not doing so universally. Some investors are known to change their mind regarding socially responsible investing.

There is also the concern that investing with an eye toward social responsibility simply isn’t good from a bottom line standpoint. While 51 percent of wealthy investors believe companies with socially responsible aims provide the same return on investment as other companies do, 43 percent say such companies do not offer the same return as the overall stock market. Six percent of investors believe such companies offer a greater return on investment than the overall stock market.