Investor Sentiment Regarding Monuments and Statues

The past few months have seen many statues and monuments get defaced or torn down as a result of protestors, rioting, and racial tensions.  Since the start of the riots and protesting, over 50 statues and monuments have been taken down, with more than a dozen that have been forcibly removed by protestors and rioters.  Are these actions supported by the majority of Americans, or by a select few?  Are there certain circumstances that are more understandable than others to remove monuments? 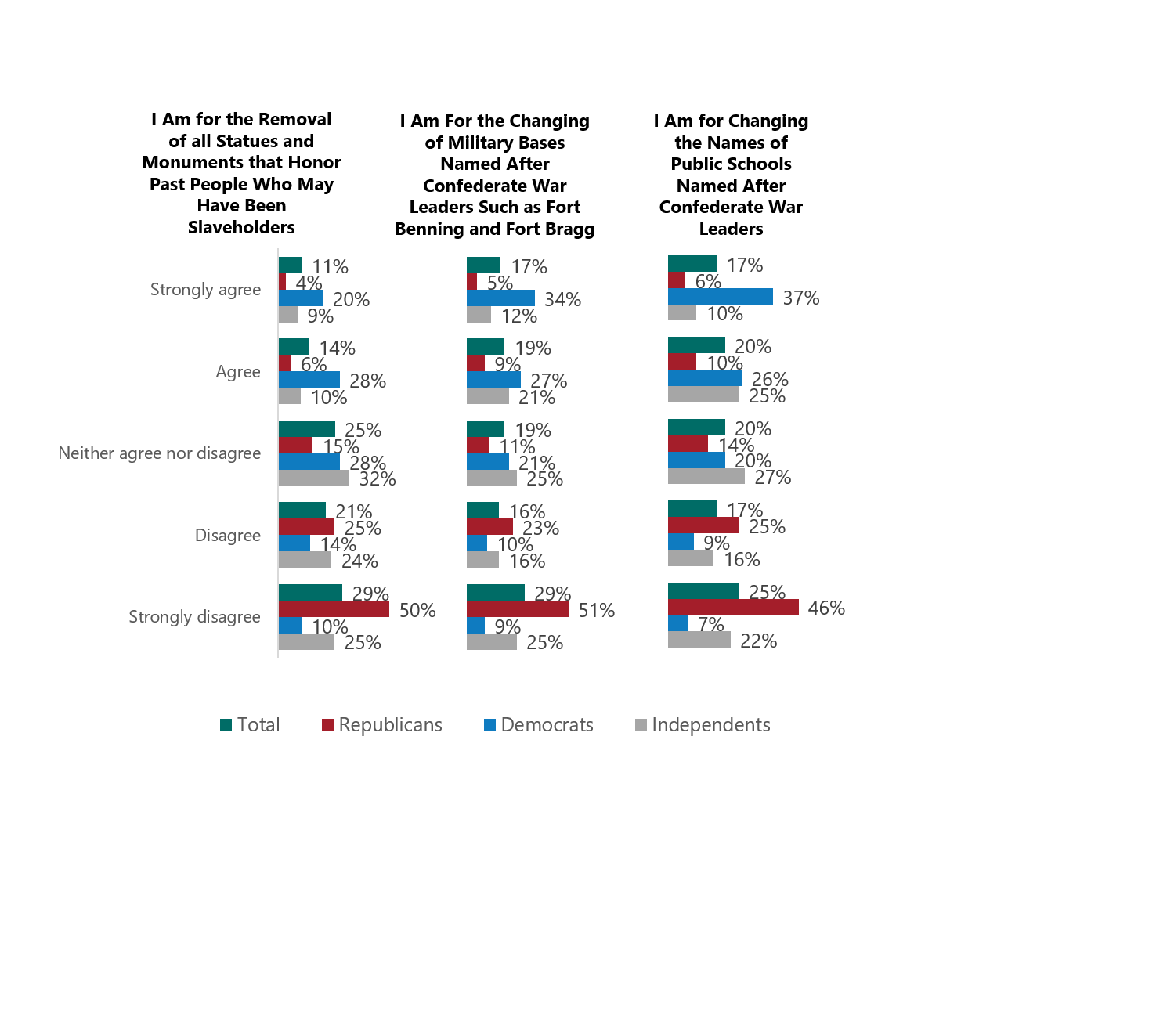 One issue that has more support than dissent from all age groups is removing confederate emblems from state flags and symbols.  Over half of Millennials support the removal of these emblems, and 47 percent of Gen X and Baby Boomers agree with that.  Forty-five percent of WWII investors also agree with the removal of those emblems from state flags and symbols.  Only a third of older investors disagree with removing confederate emblems.  This agreement towards removing these emblems is visible in various wealth segments as well.  Regardless of wealth level, investors lean more towards agreement with this potential action than disagreement.

There is also the issue of those monuments and statues that honor individuals who may have been slave owners.  Now these individuals include George Washington and other long-celebrated historical figures.  Less than half of Millennials support removing these statues and monuments, and nearly three quarters (71 percent) of WWII investors disagree with these actions.  Nearly half of investors disagree with these potential actions by wealth level, with only those investors who have a net worth of $100K-$499K being at 41 percent.  Even Democrats express less enthusiasm towards this potential action, with less than half of Democrats agreeing with this action.