Investor Confidence Not So Confident in November 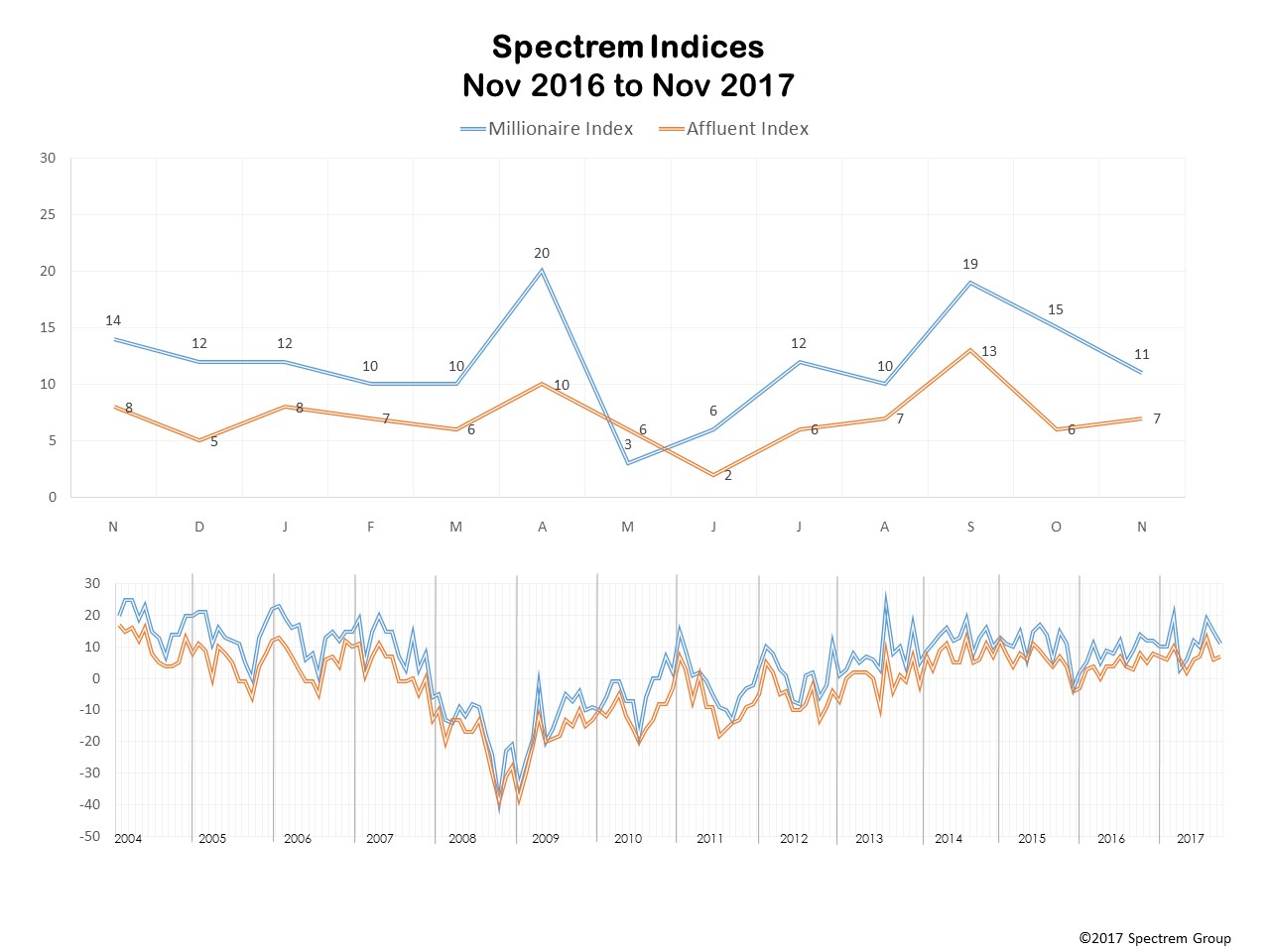 There is always something to fret over in the American economy, isn’t there?

For many months, the issue was a proposed change in the health care insurance standards for the country. When that effort failed, the government turned its eye to tax reform. Investors did also, and their attitude toward investing for the next month likely reflects the uncertainty of the effects of the proposed new tax plans.

At the same time, some investors may be wondering just how long the historic stock market climb can continue, and may be hedging their bets against what might be seen as an eventual drop in the market.

Despite yet another record-breaking month in the stock market, the Spectrem Affluent Investor Confidence Index (SAICI) saw only a slight rise in November, and the Spectrem Millionaire Investor Confidence Index (SMICI) saw its second consecutive month of a 4-point drop. Projected investments in the stock market and stock mutual funds decreased overall, as did the Household Outlook for the economy. At the same time, the percentage of investors who are not going to increase their investments from November rose slightly, to 34 percent.

The SMICI fell from 15 to 11, and is now back in the territory it was at in July and August when the health care insurance debate was raging. The SAICI increased slightly, from 6 to 7, remaining well below the September rank of 13, which was the highest SAICI in three years.

The most notable dichotomy of opinion was in the Spectrem Household Outlook, a monthly measure of the long-term confidence in four financial factors that impact a household’s daily life. While the overall Outlook dipped slightly to 29.40, there was a significant difference in Outlook between Millionaires and non-Millionaires. Millionaires saw their Outlook drop to 26.48, a drop of more than 11 points, while the non-Millionaires Outlook rose to 32.83, the highest mark for non-Millionaires since February of 2006.

The Millionaire drop in Outlook might have been expected, because the Outlook in October reached its highest level since April of 2007.

Among the four components creating the overall Outlook, Millionaires recorded a huge drop in their forecast for the economy, from 36.42 to 11.11. Non-Millionaires had the opposite attitude toward the economy, raising their outlook from 11.11 to 26.96.