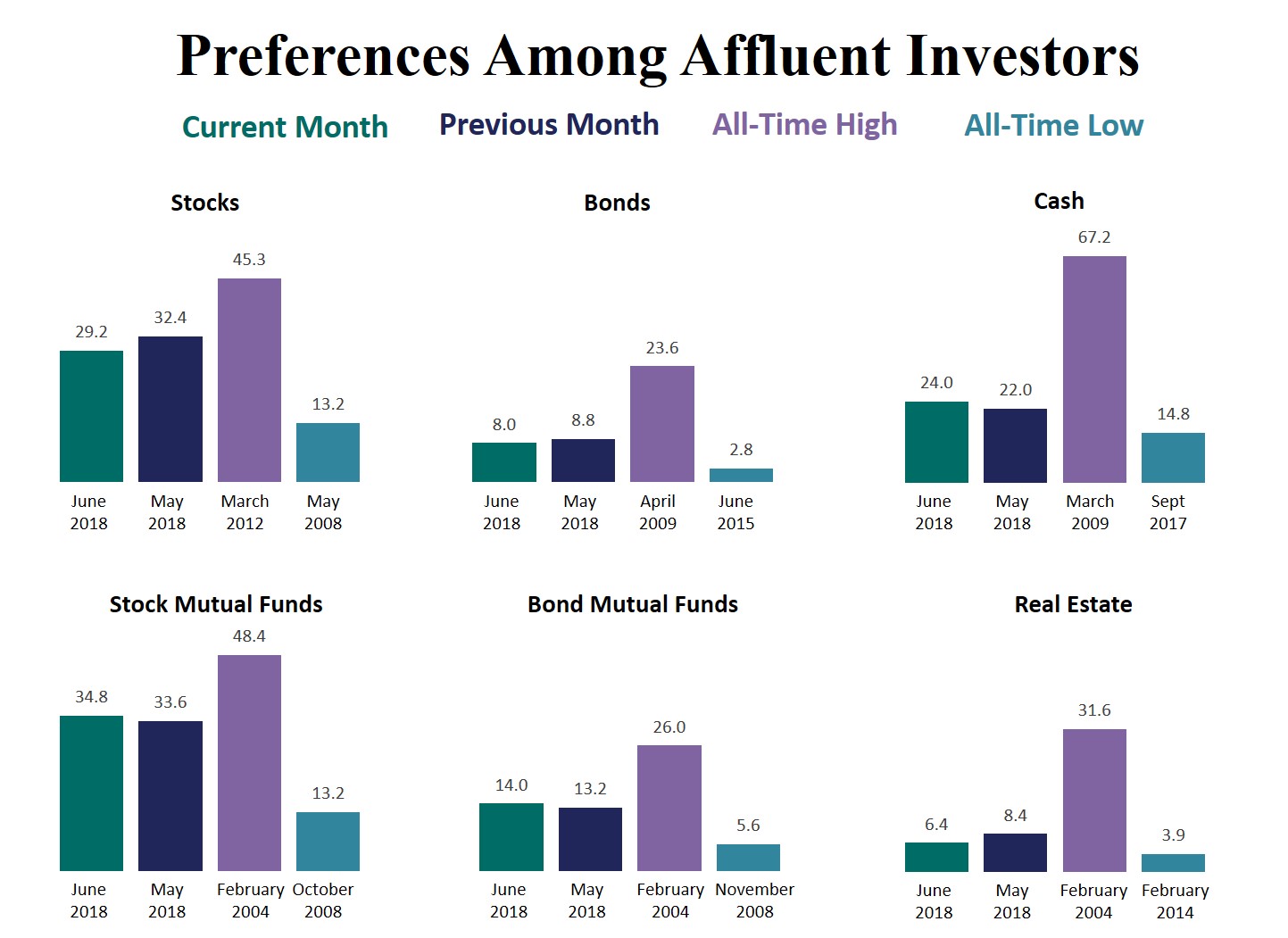 Arguments over tariffs are creating confusion in the stock market, and investors are reflecting that confusion in their investment choices, according to Spectrem’s Investor Confidence Index.

American tariffs on products from China and Europe, and continued negotiation of trade deals with Mexico and Canada have created an unsteady atmosphere in the stock market. An announcement of new tariffs against China in mid-June created day-long volatility in the Dow Jones Industrial Average, which saw a 400-point drop midday on the day of the announcement.