The Inheritance Does Not Define the Investor 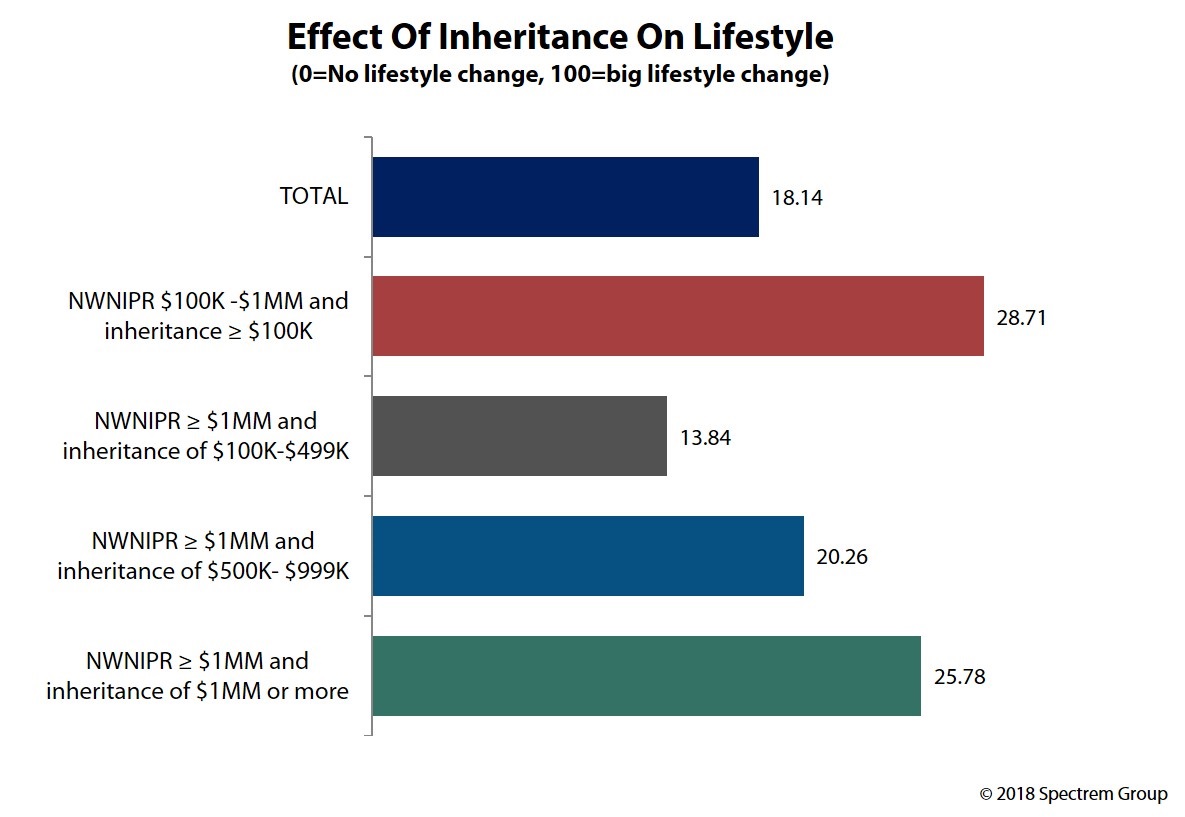 In researching affluent investors, Spectrem regularly asks those investors what factors led to their current level of wealth.

The top answers are always “hard work” and “education”. In Most cases, 90 percent or more of investors from certain segments chose those answers as a partial explanation for their current wealth status.

One of the answer choices offered is “inheritance’’ and there was a wide range of responses from investors who state that the gift from a family member who passed on led to their current wealth level. For example, in Spectrem’s new age-based study Millennials and Generation X Investors: Attracting the Next Generation of Wealth, the answers ranged from 24 percent of Mass Affluent investors with a net worth below $1 million to 67 percent for those Ultra High Net Worth Investors with a net worth above $5 million.

The fact that wealthy investors are more likely to state that inheritance mattered in their current wealth level shows that a sizable inheritance can matter. But another Spectrem report indicates that inheritance is not the overriding factor in developing a strong financial portfolio.

What this research shows is not that receiving an inheritance does not have a positive effect on one’s lifestyle. Rather, it shows that the effect is not overwhelming.

Again, not very effective from a lifestyle standpoint.

Where an inheritance does seem to matter is in investor-advisor relationships. Many investors either started using a financial advisor upon receiving their inheritance (12 percent), switched advisors upon receiving their windfall (4 percent) or added the advisor who administered the inheritance to their team of advisors (3 percent). Still, 44 percent just kept their regular advisor, and 37 percent stated their intention to stay without an advisor.

Among all inheritors, only 50 percent still have a relationship with the advisor who administered the inheritance.

Advisors who administer estate plans and assist with wealth transfer have an opportunity to begin a new and long-term relationship with the inheritors. But the best chance is to work with inheritors who do not already have an advisor relationship. The other opportunity is when an investor is not overwhelmingly pleased with their current advisor and might see the new advisor as someone who has previously worked with a successful investor, namely the parent or grandparent who left the inheritance.