Which Way Do We Go? 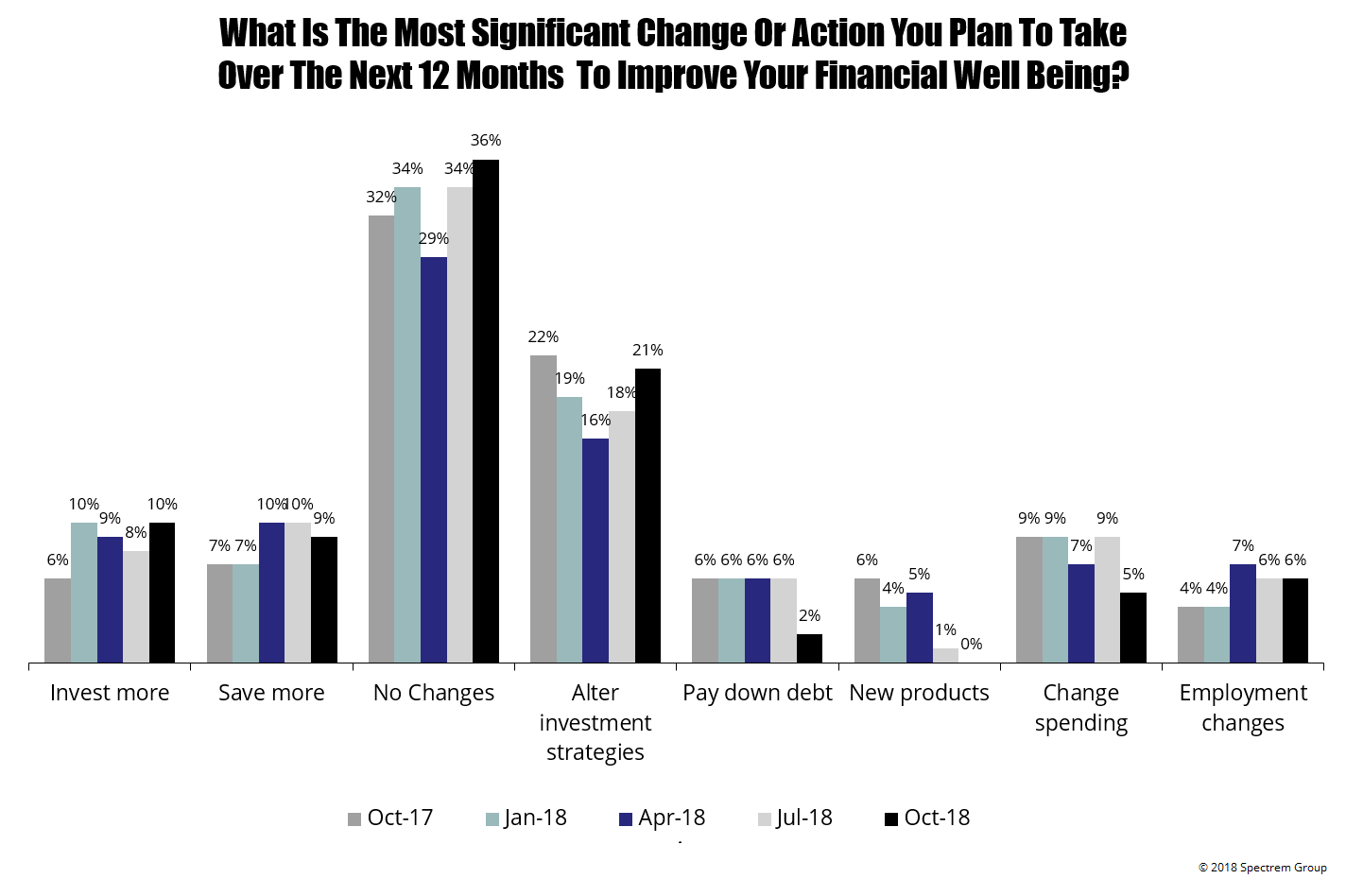 It is possible investors simply don’t know which direction to go with their investable assets amid such turbulent times, both economically and politically.

October was a turbulent time for the stock market, and in one week late in the month, the Dow Jones Industrial Average swung more than 1,000 points from its highest to lowest level. At the same time, the nation prepared for a mid-term election in early November that promised to shake the nation one way or another. And still, the United States and China are in the midst of a trade war with no settlement in site.

It’s all a bit much for the average investor who is trying which direction to go, whether to invest more or invest less.

So, in October, many investors decided to take a wait and see approach.

As part of its monthly Confidence Index, Spectrem asks investors a single question reflecting current events or investment strategies. In October, the question was “What is the most significant change or action you plan to take in the next 12 months to improve your financial well-being?” and 36 percent of investors said they planned to make no change in order to improve their situation.

Throughout the last 18 months, “no change" has been the most popular answer chosen and for the sixth consecutive time “alter investment strategies" was the second most popular answer, with 21 percent of the nods. That answer indicates a decision to make changes across the board; rather than just choosing to invest more or save more, those investors plan to reexamine all of their choices going forward.

With all the tumult in the market, it is surprising that 10 percent of investors said they planned to invest more in the coming year, while 9 percent said they would invest less.

For the first time in several reporting periods of the Spectrem Confidence Index, there was a sizable difference in how Millionaires answered the monthly question compared to how those with less than $1 million in investable assets answered it. Twenty-seven percent of Millionaires said they would “alter investment strategies" compared to just 21 percent of the affluent investors, an indication that those with a more sizable portfolio are more likely to make significant changes in their investment plans.