That Was Fun While It Lasted 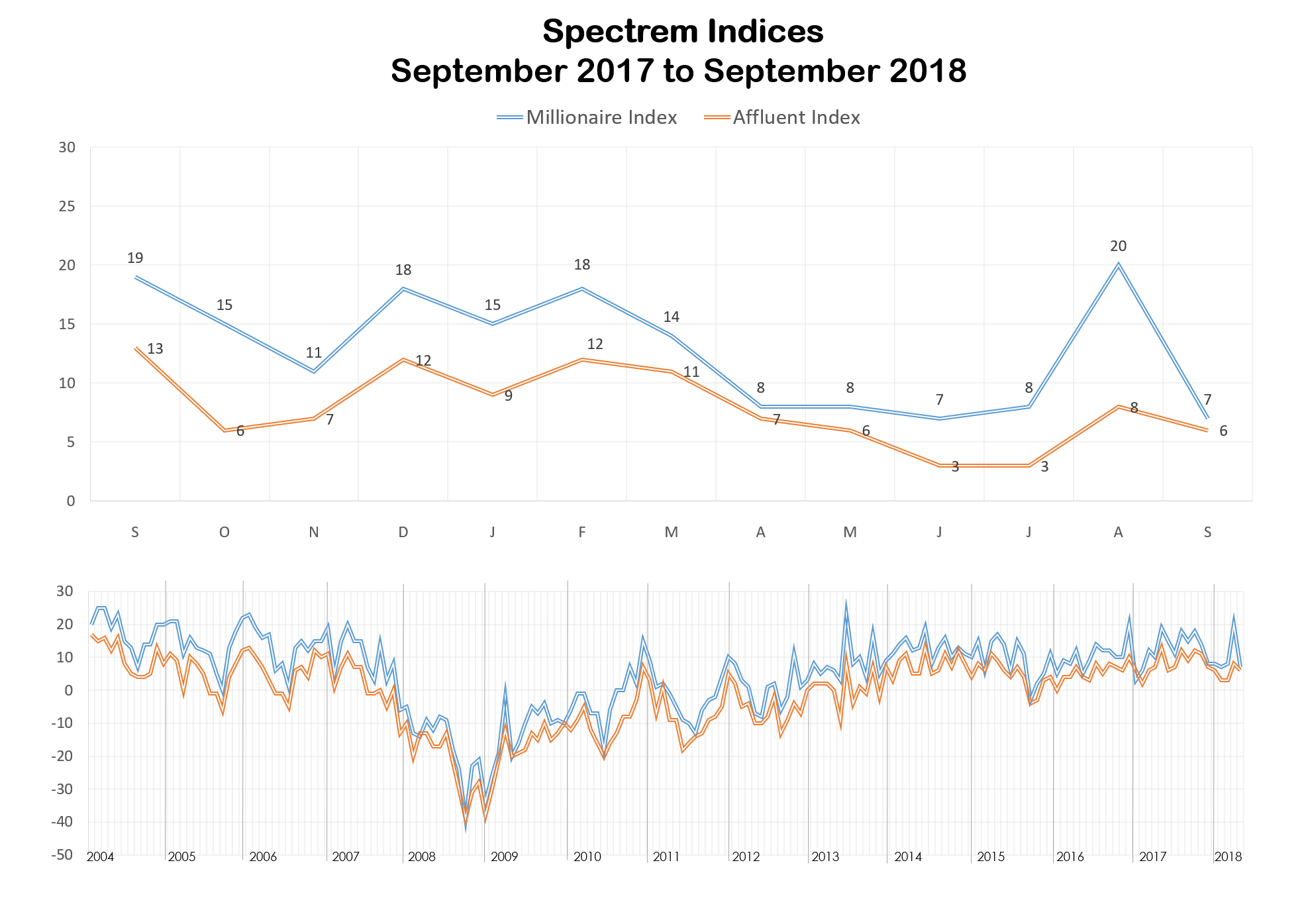 The majority of 2018 has been a time of hesitancy among investors. While the stock market has climbed steadily and continues to reach new heights, many investors have remained indifferent or cautious due to constant talk about tariffs and global trade wars.

Then August happened. After reflecting the cautious nature of investors for the majority of the year, the Spectrem Confidence Indices performed a record-breaking high jump, reaching 20 among Millionaires, tying the highest mark ever seen in the history of the SMICI.

In September, all of those gains in the SMICI were reversed, as it fell to 7, a precipitous 13-point drop.

Those Not Investing, the percentage who are not going to increase their investment allocation in the coming month, jumped by 8 percent among Millionaires and dropped by 12 percent among non-Millionaires.

It’s a very confusing time for investors. They want to be involved in one of the greatest bull markets in American history, but they perhaps understand bull markets do not last forever.

The monthly SAICI tracks changes in investment sentiment among the 17 million households in America with more than $500,000 of investable assets. The SMICI reflects the investment sentiment of households with more than $1 million in investable assets. The September investor fielding took place between September 19 and 23, 2018.

One of the most notable increases in individual investment options was in Stock Investing, which rose 28.8 percent to 35.6 percent. Stock investing has not been that high since February. But that increase was spurred entirely by non-Millionaires, who went from 15.7 percent to 34.5 percent in one month. The last time Stock Investing was that high among non-Millionaires was September of 2014.

The Spectrem Household Outlook, a measure of the long-term confidence among investors in four financial factors which impact a household’s’ daily life, improved to 30.20, reaching the 30s for the first time since January. Again, non-Millionaires sparked the increase, as their outlook climbed 7 points to 27.10. Millionaires kept their Outlook close to the August level, dropping slightly from 34.88 to 33.02. The boom in the Outlook on the Economy seen in August returned to a more realistic level in September among both Millionaires and non-Millionaires.