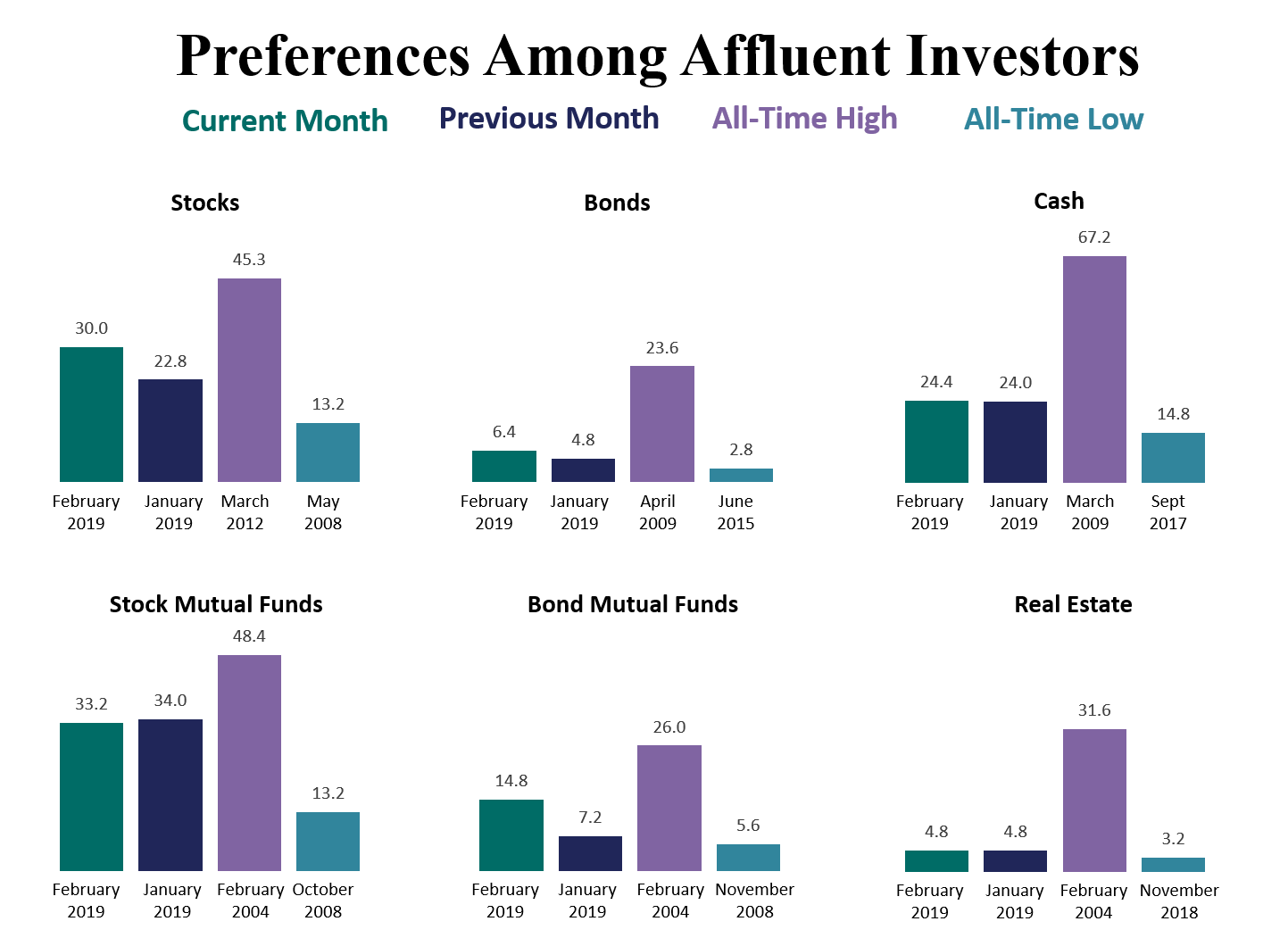 The end of 2018 was rough for stock market aficionados and attentive investors. By December, the market was in complete tumble stage, and the Dow Jones Industrial Average and other indices reflected that.

January was a recovery month. By the time February rolled around, the market had stabilized, and through the shortest month of the year, the DJIA and other indices returned to high numbers and more importantly stable numbers.

Among all investors, individual stock investing intentions rose from 22.80 percent to 30 percent among all investors. That intention to invest returns to the 30 percent or above range which was last reached in September but was standard for the index for the first four months of 2018.

Stock Mutual Fund stayed static from January, but was above 30 percent for three consecutive months after an unusual dip to 26.8 percent in November.

All of the stock investing enthusiasm stems from a DJIA which stayed above 25,000 in January, and the index was fielded in mid-February when the DJIA approached 26,000 again.