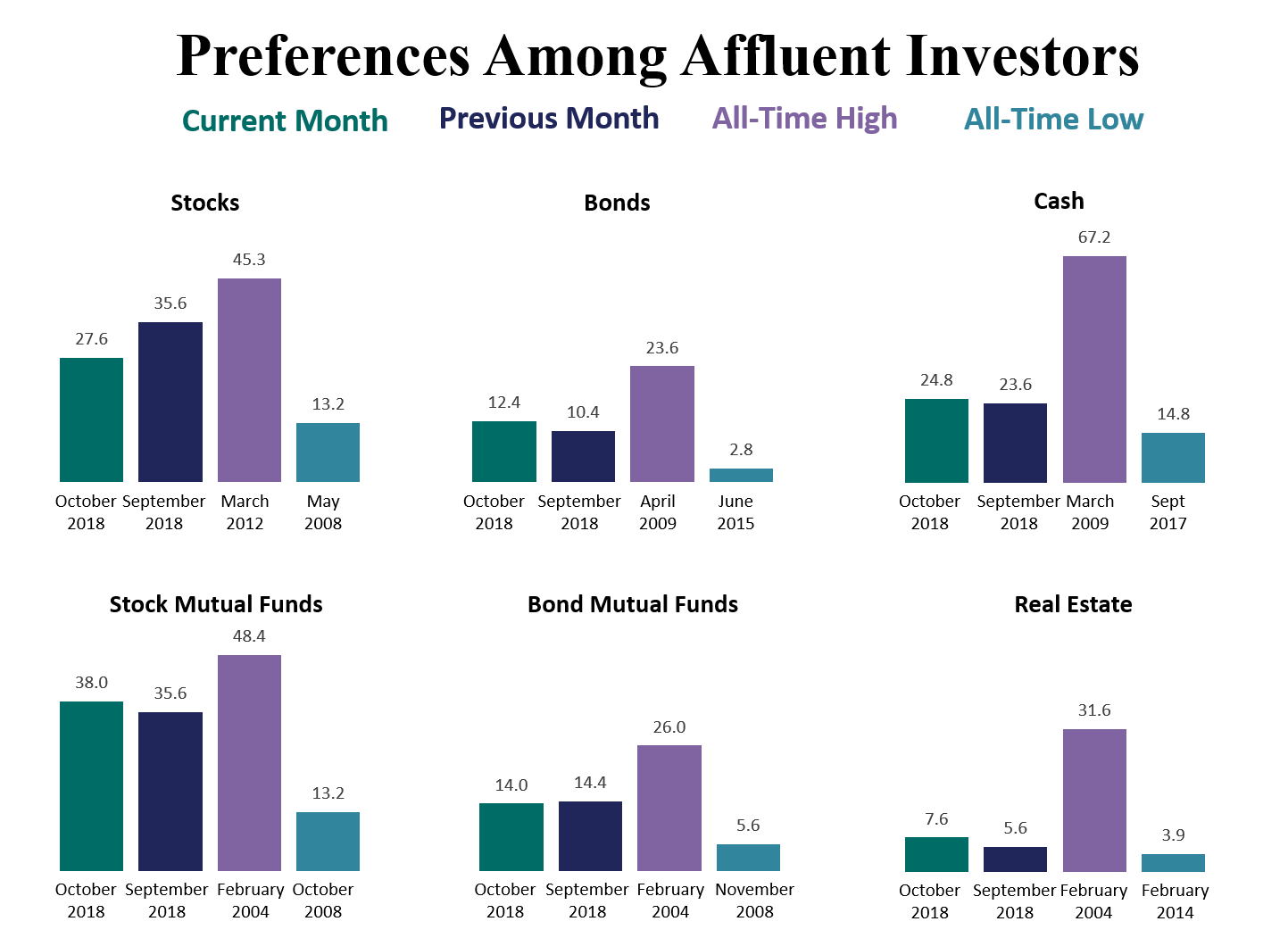 Two years ago, in October of 2016, investors were uncertain how a Hillary Clinton presidency would affect the stock market and the American economy, and backed away from investing in a wait-and-see approach.

Fast-forward two years and in October 2018, investors were uncertain what was going to happen in the mid-term elections (with special concern should Democrats take over the House of Representatives), whether the United States is ever going to have a new trade agreement with China, whether the decades-old nuclear deal with the Soviet Union is going to be erased, and how the balance between inflation and the federal interest rate will play out. Once again, investors chose to back away from extending their investments until a clearer picture of the American economy emerges.

The October fielding took place Oct. 19-25, during which the stock market lost 500 points overall and saw a one-day drop of almost 600 points. Also during that time, President Donald Trump expressed concerns about negotiations with China over a new trade deal and expressed dissatisfaction with the Federal Reserve’s handling of the federal benchmark interest rate.