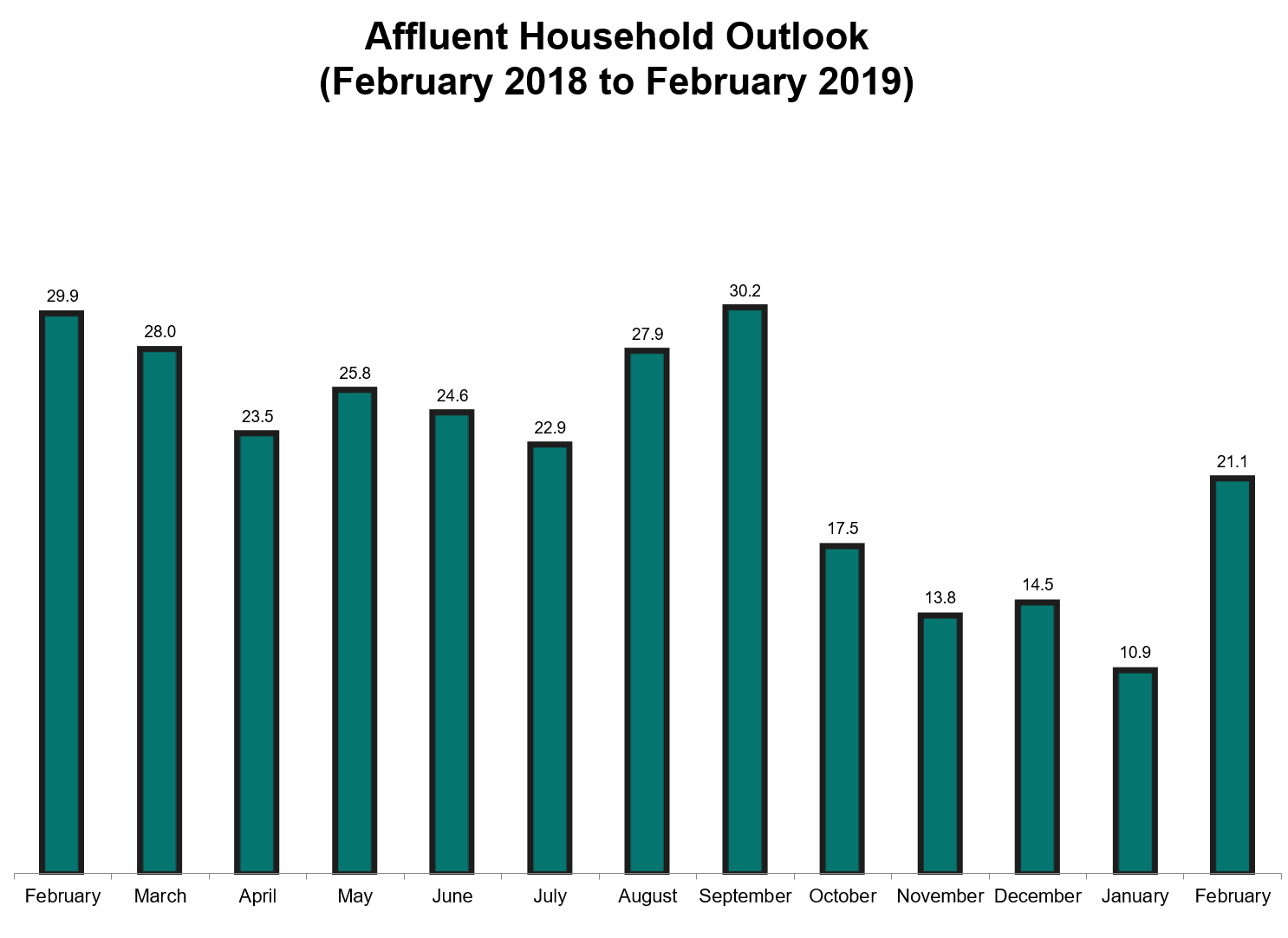 No one knows for sure what the future brings, but it is certainly possible to anticipate good events or bad events in the coming months.

For wealthy investors, their outlook in February was almost unprecedented in its level of optimism.

After several months of conflicted thoughts about the prospect for the American economy, the Spectrem Household Outlook for February was riding a skyrocket.

The Spectrem Household Outlook, which is designed to measure an investor’s optimism about four financial components in their daily lives, rose to 21.10 in February, moving above 20 for the first time in five months. For reference, before a dip below 20 in October of 2018, the Outlook stayed above 20 from June 2017 to September 2017, reaching a high point of 39.90 in January of 2018.

The outlook may have been impacted by the positive results from the stock market in February, which remained above 25,000 the entire month after dipping below 22,000 in December and slowly climbing in January.