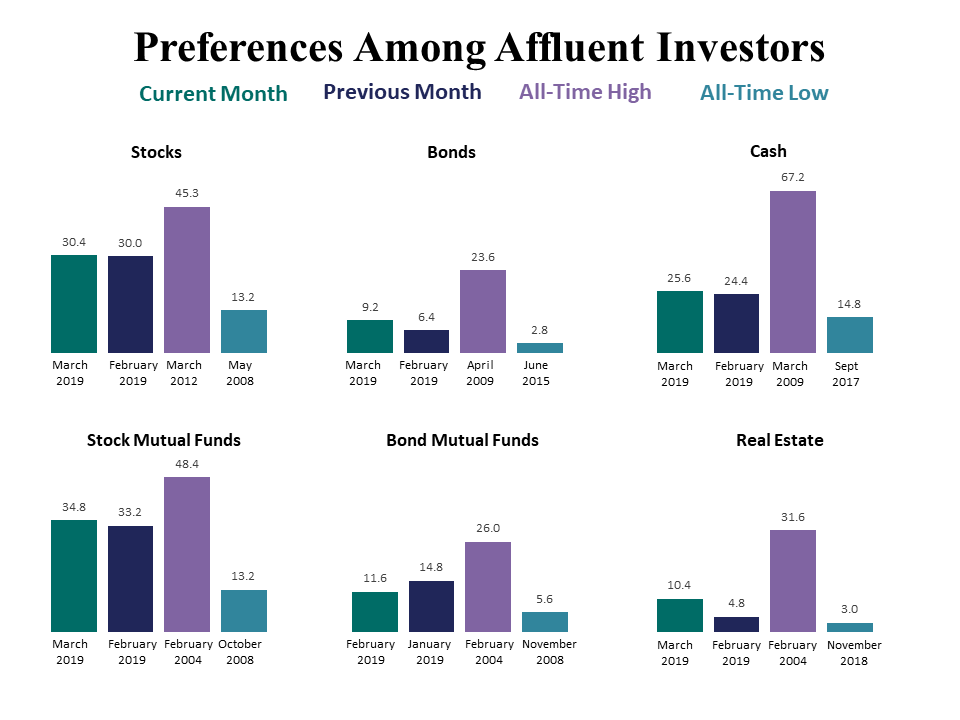 In the month of March, the Dow Jones Industrial Average dipped below 26,000 at the start of the month but remained well above 25,000 into the start of spring.

But there was no growth in the market, and the solid American economy showed no signs of becoming more solid, which raised concerns among investors.

As a result, the Spectrem Investor Confidence Indices reflected decreased enthusiasm for investing overall, and decreased Stock investing among Millionaires most of all.

Among non-Millionaires, individual Stock investing climbed to 29 percent, the highest level since September.