It's Summer and the Outlook is Sunny 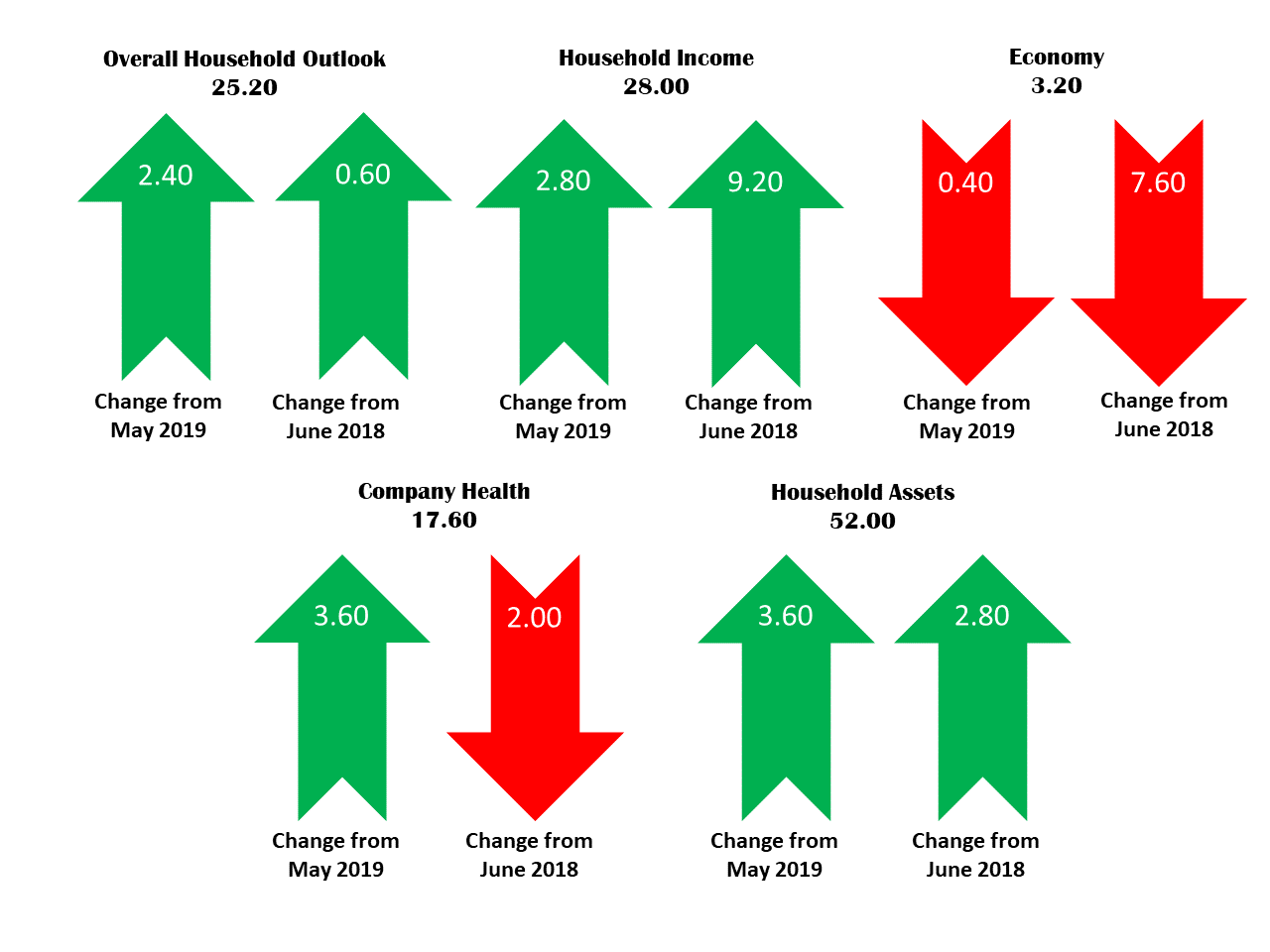 With the approach of summer, combined with a rollicking stock market, investors are enjoying a very high level of optimism about the future of the nation’s economic conditions.

Spectrem’s Household Outlook for June recorded an overall increase in the Outlook among all investors as well as notable increases in the four financial components of household finances that determine the overall Outlook. This is especially true among non-Millionaires, who are seeing improved conditions for most of the factors that determine their household financial situation.

The Spectrem Household Outlook measures an investor’s optimism about four financial components in their daily lives, including Household Income, Household Assets, and the Economy. For June, the overall Outlook registered at 25.20, a slight rise from 22.80 in May. The Outlook has been above 20 now for five consecutive months following the dive that occurred when the stock market tanked in December.