Investors Take a Breather in March 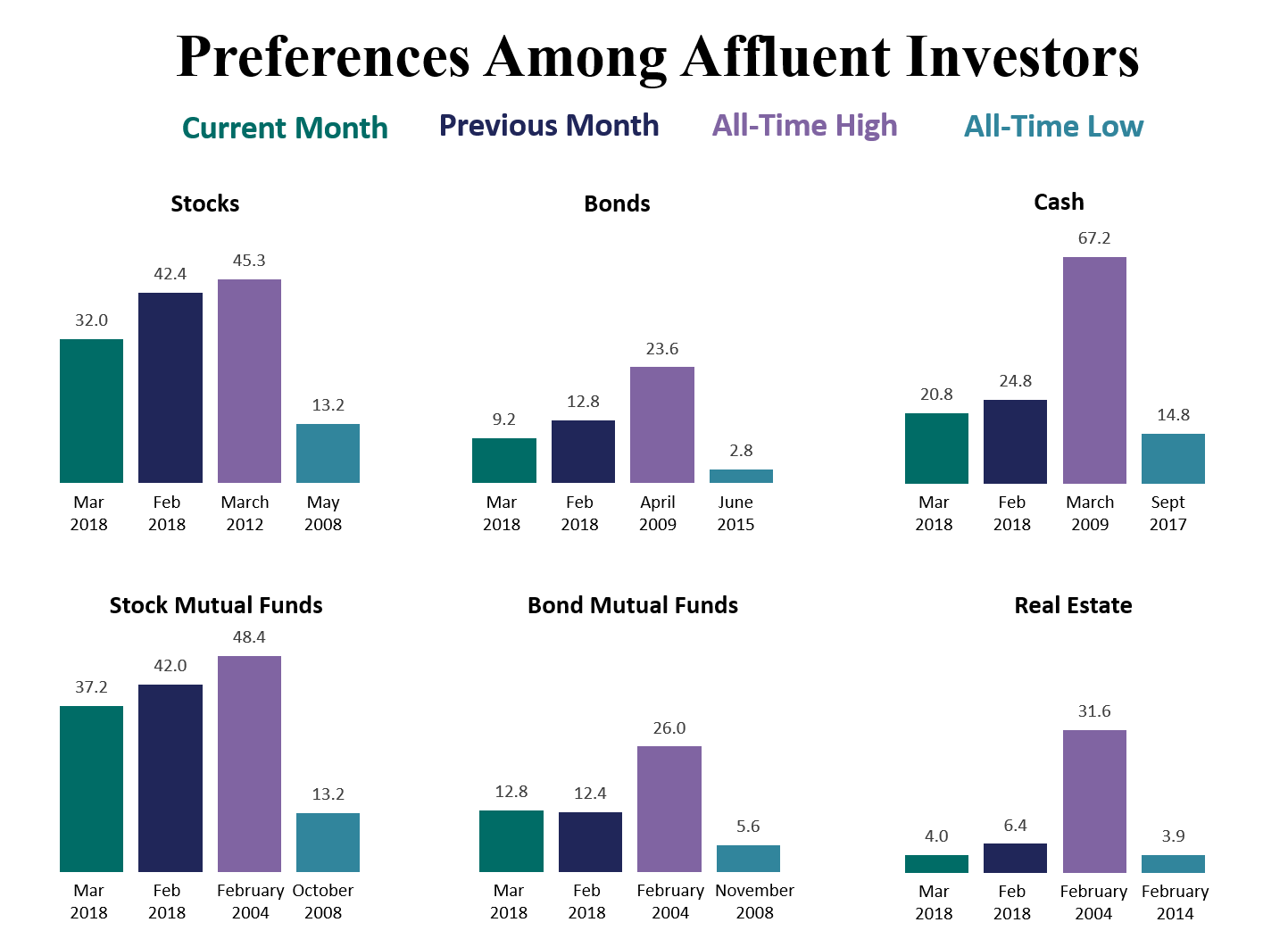 Amid frequent maneuvering around American trade policies, investors in March decided they would take a small step back from their investment habits.

According to both the February Spectrem Millionaire Confidence Index (SMICI®) and the Spectrem Affluent Investors Confidence Index (SAICI®), there was a decrease in those investors' interest in increasing their investments in the immediate future. At the same time, the percentage of Millionaires choosing NOT to increase investing grew to a level not seen in almost one year.

Both the SAICI (an index of investors with $500,000 in investable assets) and the SMICI (for investors with $1 million in investable assets) dropped in March, and the decrease among Millionaires was 4 points. The March index fielding took place March 16-21, when there was more speculation than fact around whether the U.S. would initiate all aluminum and steel tariffs and what it would do in regard to its trade deficit with China.