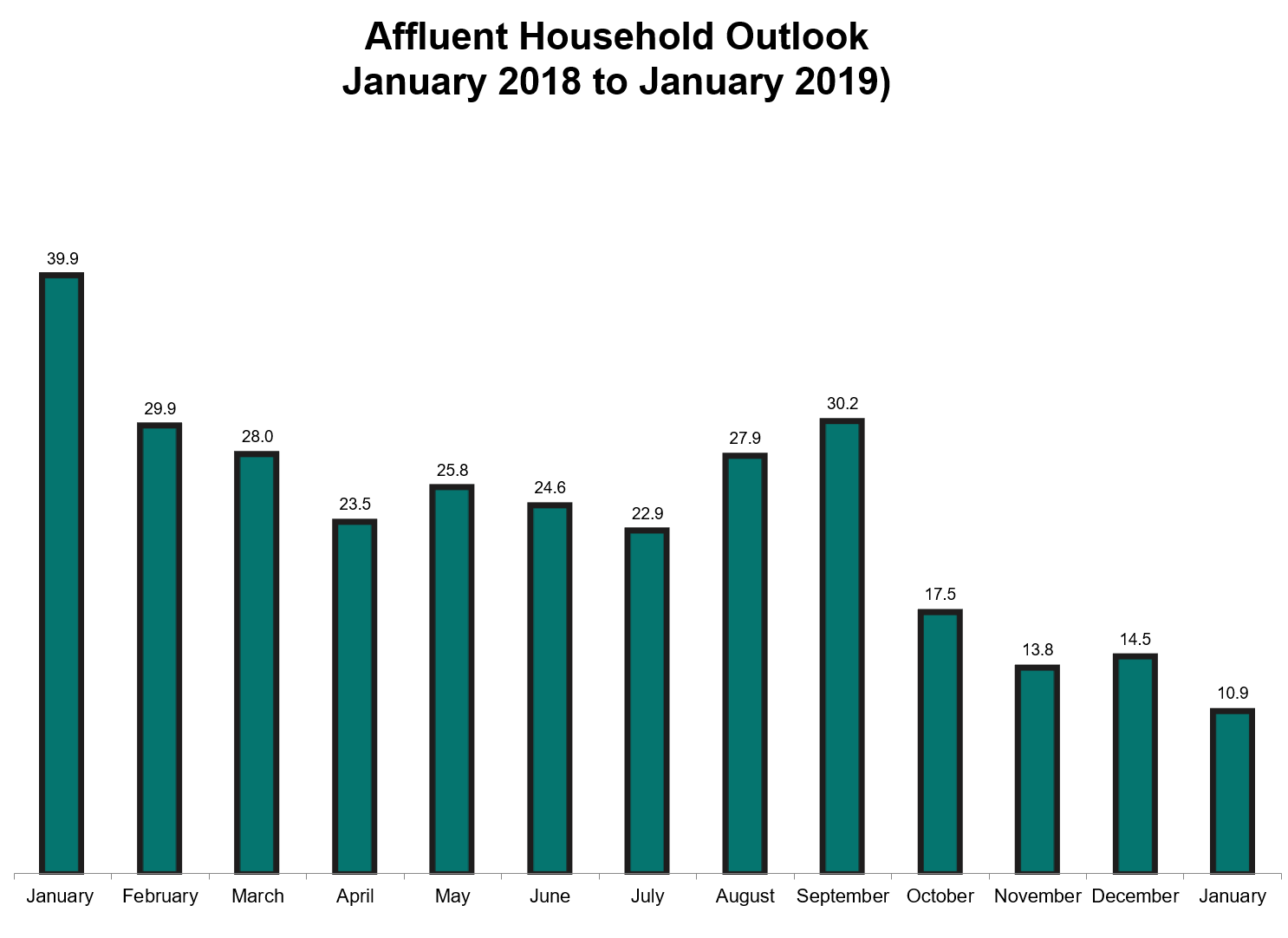 When investors are asked to consider how the economic fortunes of the United States impact their personal household fortunes, they respond differently than when they consider the stock market fortunes.

That’s why the Spectrem Household Outlook sometimes falls when market indicators are steady.

The Spectrem Household Outlook, which is designed to measure an investor’s optimism about four financial components in their daily lives, dropped to 10.9 in January 2019, and the Outlook has not been that low since it also reached 10.9 in October of 2016. The Outlook has been below 20 for four consecutive months, and that last happened between the months of March and June 2016.

The drop in the overall Outlook was spurred mainly by decreased Outlook among Millionaires, who reported lower numbers in all four categories of the Outlook, including a decrease by half in the Outlook for Household Income, from 26.19 to 13.18.  The Outlook for Millionaires was 10.47, the lowest mark since October of 2016, just before the last Presidential election.

Non-Millionaires recorded an Outlook of 11.36, nearly identical to the month before, and obviously a better Outlook than among Millionaires. That historically rarely happens, but has occurred twice in the last four months.