Investors Believe All Over Again 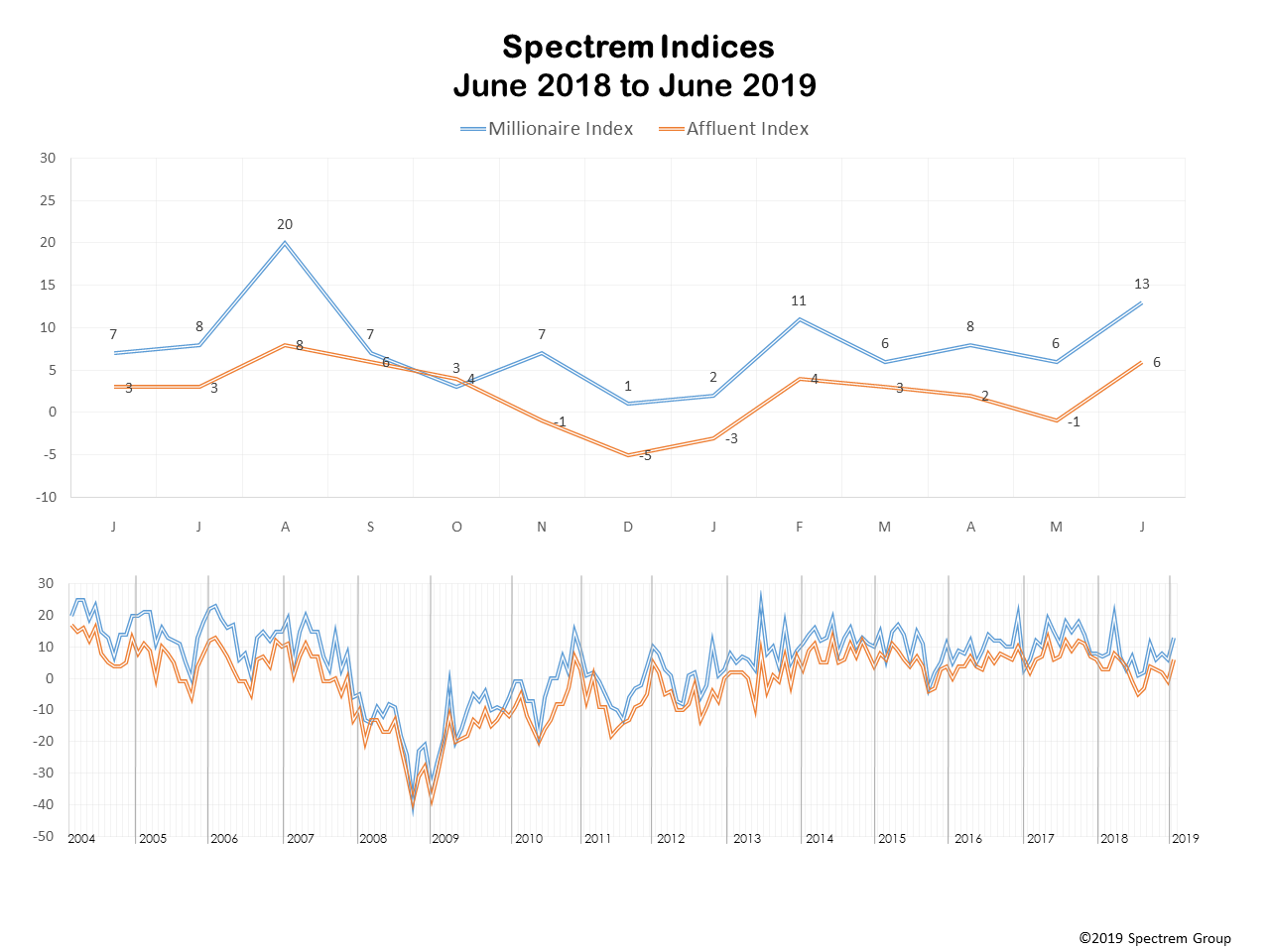 The Spectrem Investor Confidence Index survey was conducted from June 13 to June 20, during which the S&P 500 soared to an eventual record high at the close of business on the 20th, while the Dow Jones and NASDAQ flirted with their own record levels. Late in the week of the survey, the Federal Reserve Board held its quarterly meeting and announced no change in the benchmark interest rate but chairman Jerome Powell spoke as if a drop in rates would be coming if the economy maintains course. At the same time, he said there were indicators that needed to be improved for that to happen, but investors did not pay heed to that warning.

In June, both the Spectrem Millionaire Investor Confidence Index and the Spectrem Affluent Investor Confidence Index rose by 7 points, an indication of overwhelming confidence among investors that current conditions will continue. There was a similar jump from July to August of 2018, and the SMICI climbed to 20 that month, a number it has not come close to since. The SMICI mark of 13 is the highest it has been since August of last year, and it has only been in double digits one other month in that 10-month period.

For several months, Millionaire investors had been showing more interest in safety categories like cash and individual bond and bond mutual fund accounts but backed off of those in June, especially in terms of cash investing, which fell almost 9 percentage points to 22.1 percent. Other than the increase in individual stock investing, non-Millionaires expressed a lower interest in all other categories of investing, although the percentage of non-Millionaires not investing more assets in the coming month actually fell below 50 percent for the first time in three months.