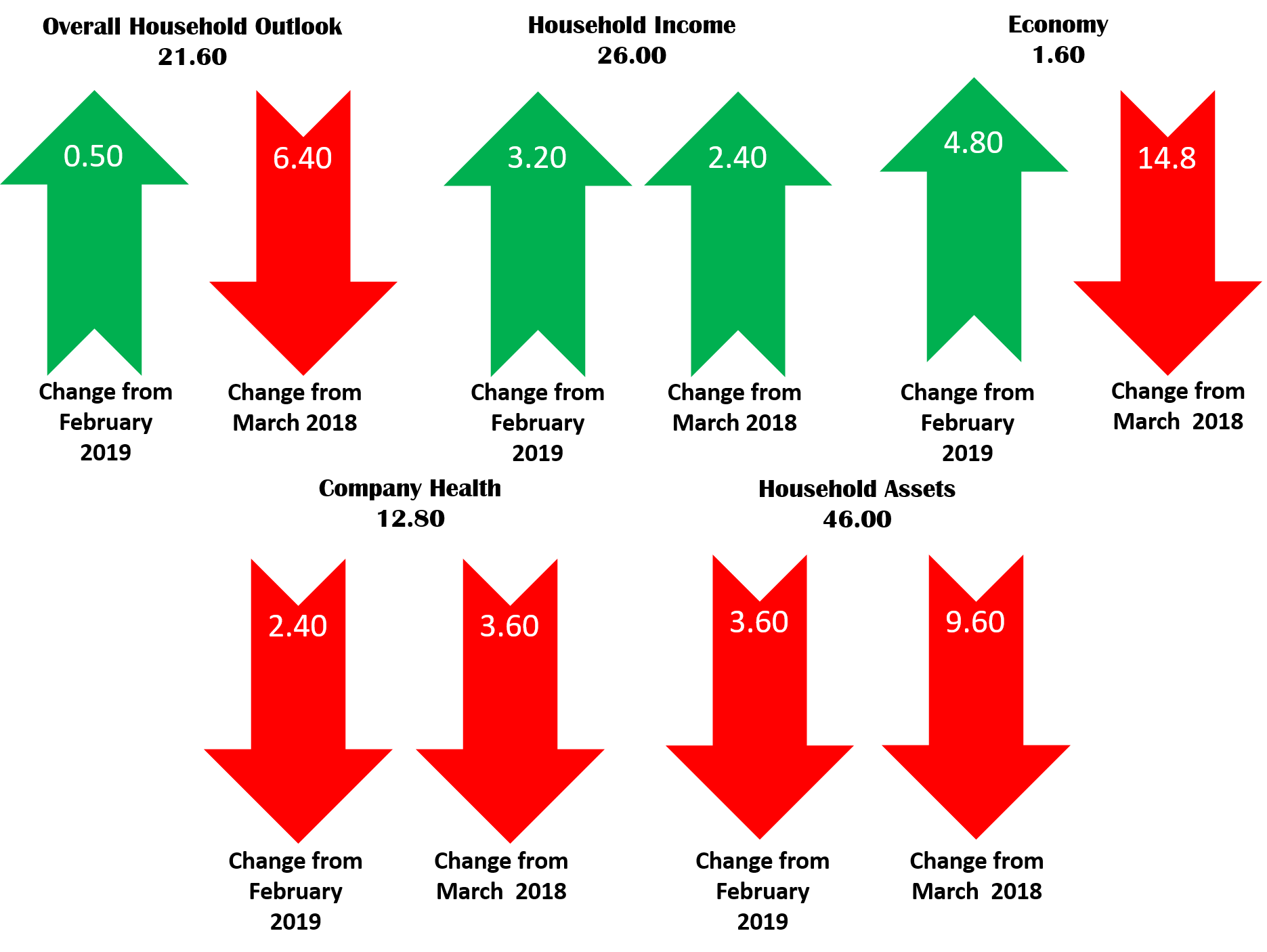 Here is a short recent history lesson on investor optimism:

The Spectrem Household Outlook measures an investor’s optimism about four financial components in their daily lives, including Household Income, Household Assets, and the Economy. From July 2017 to September 2018, the Spectrem Outlook registered above 20, and rose to 39.90 in January of 2018.

But optimism shifted downward in the latter half of 2018, and the Outlook fell to 10.90 in January of 2019, just two months ago. That was the lowest Outlook performance in three years.

So the fact the Outlook is now in the 20s is either a good thing or a bad thing, depending on your overall impression of the current direction of the American economy and its impact on American households.

In March, the Spectrem Outlook among all investors registered at 21.60, a half-point rise from February’s rating. The biggest increase in Outlook was among working investors, who registered an Outlook of 31.54, compared to the dropping Outlook among retired investor to 10.4.

The Outlook may be impacted by the lack of movement in the stock market indices, which was steady for most of the month of March after such a volatile period in December and January. The Spectrem survey was conducted from March 18-21, during which the Federal Reserve Board reported no intention to raise interest rates for the remainder of 2019, which most observers believed indicated a dip in economic growth both domestically and globally.

Among the four categories in the Outlook, the Outlook for the Economy showed the greatest improvement, pulling out of negative territory for the first time in six months.

Economic observers reacted with concern when the Federal Reserve announced no plans to raise interest rates for the remainder of 2019, indicating concern that economic growth has slowed dramatically.

The Outlook for Household Assets fell significantly among non-Millionaire investors and was the most depressed category among Outlook indicators. But the Household Assets rating in January was 29.20, one of the lowest ratings in the history of the Outlook, so the current rating is seen as a recovery.

The only segment to report an increase in Outlook over Household Assets from February was Millionaire investors but the increase was by less than 1 point.

However, there was a sizable drop in Household Income Outlook among Republicans, from 37.63 to 26.53.

However, among working investors, the Outlook for Company Health rose in March from 16.03 to 24.62.