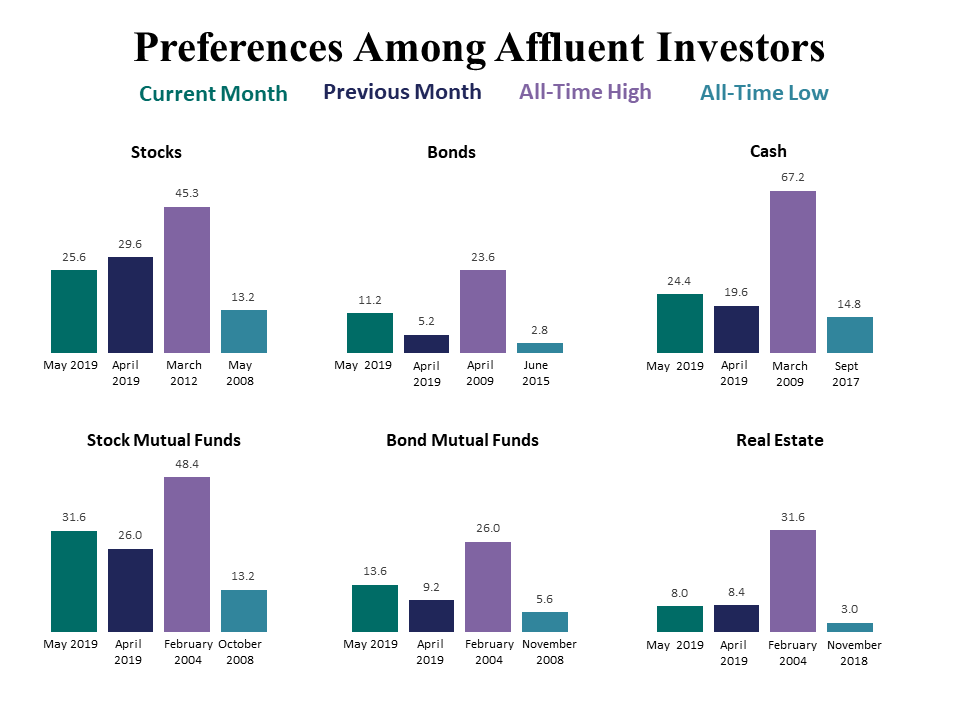 Throughout the month of May, the United States and China continued to discuss their trade relations but there was absolutely no progress reported. Instead, both sides issued plans to increase tariffs on incoming products, and significant portions of the American economy was impacted.

While the stock market remained high and relatively steady, and federal interest rates remained at current rates, investors were uncertain what to think about how investing fortunes are going to move as the 2019 summer months approach.

Spectrem’s Investor Confidence Indices for May indicated that investors are wary of how global trade conflicts will impact the American economy and international investing.

Millionaires also showed an increased interest in investing in safety products such as bonds and cash, indicating an interest in increasing investment allotments but doing so in less volatile categories.

Retired investors were not impressed with the atmosphere for investing in May. They showed a reduced interest in all forms of investing other than cash, which saw only a slight increase. Those not investing climbed to a 2019 high of 57 percent among retried investors.

Among working investors, there was an increased interest in investing except for individual stocks and real estate, and those not investing fell to 28.7 percent, after reaching a 2019 high in April.