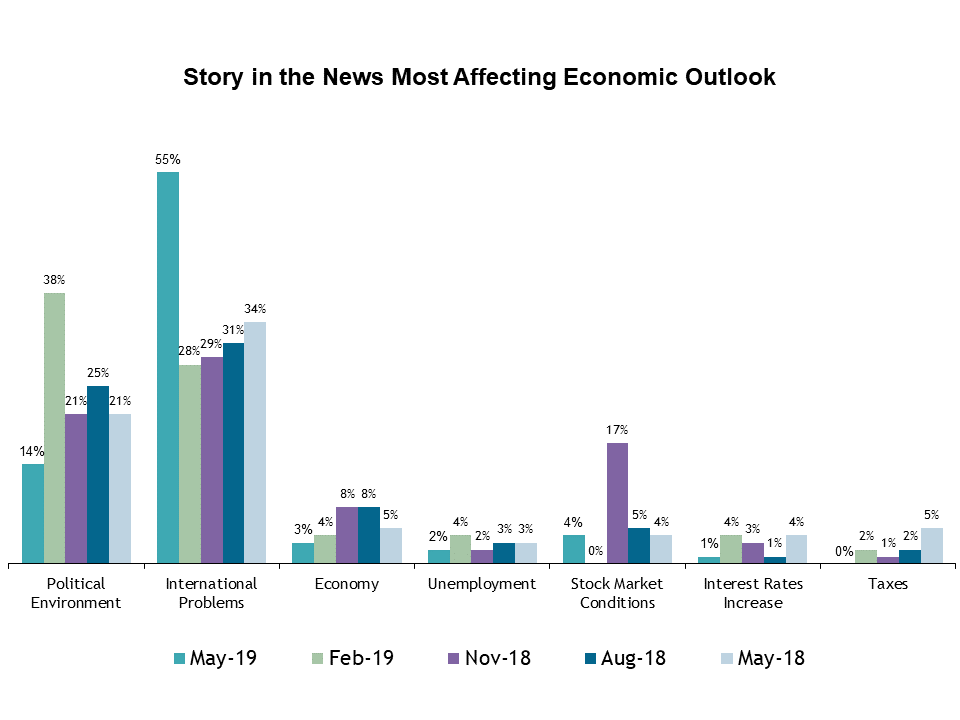 The United States has always had relations with other countries. At no time in its 200-plus years did the U.S. fully back an isolationist concept. The U.S. has embassies in almost all countries of the world, and has a sizable level of influence to match the physical size of the country.

But U.S. relations with many foreign countries has also always had a bit of a strain, and that strain has gotten more intense during the Donald Trump presidency. Recently, president Trump’s tariff policies against China and concern over North Korean missile testing, as well as negotiations with Iran and questions about how the United Kingdom will relate to the rest of Europe has exacerbated global relations to the point it is affecting American economic conditions.

In Spectrem’s monthly confidence index survey, it asks investors with $500,000 in investable assets one question that rotates quarterly. In May, the question was “What story in the news is most affecting your economic outlook?” and the response was overwhelming: 55 percent said international problems were the most affecting news story.

For some perspective on that response, over the past five quarters in which the question was asked, the most popular answer previously was the 38 percent who answered “the political environment” back in February of 2019.

For May, “political environment' dropped from 38 percent of respondents to 14 percent. All other common responses also dropped with the exception of stock market conditions, which garnered 4 percent of the nods after not getting a single vote in February.

When segmented by employment status, 59 percent of retired investors said “international problems" were most affecting their economic outlook, which is a very high level of agreement on an open-ended question.