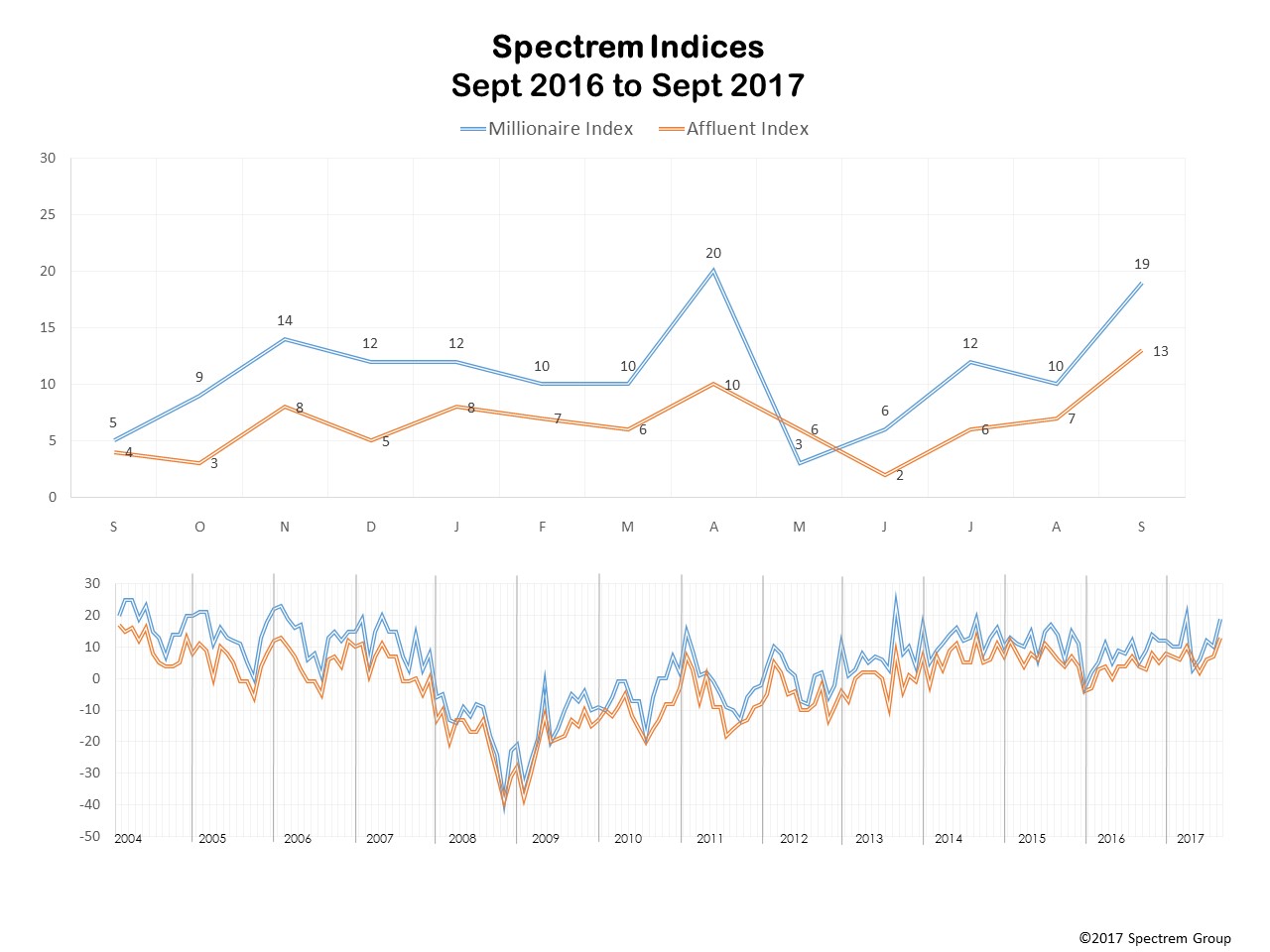 Something has got investors exceedingly optimistic about the American economy.

The stock market remains at record levels, and corporate profit reports remain optimistic. These factors play role reflected in the Spectrem investor confidence indices, which saw radical improvement in September. In the case of the confidence level of less wealthy investors, the index reached a level not seen in three years.

Among Millionaires, the best sign of optimism was reflected in Stock Mutual Fund Investing, up to 43.8 percent of investors, the highest percentage in five months. Stock investing among Millionaires, however, dropped 5 points to 32 percent.

The other specific investor interests among Millionaires dropped, and Real Estate investing dropped to 3.9 percent of Millionaire investors, the lowest interest in that market in the 13-year history of the index.

The Spectrem Household Outlook, a monthly measure of the long-term confidence in four financial factors that impact a household’s daily life, saw significant improvement among Millionaires, reaching a mark of 36.91, the highest Outlook measurement for Millionaires since April of 2007. Among non-Millionaires, the Outlook dropped to 22.95 after a large improvement in August.

Among the four components creating the overall Outlook, there were gains among Millionaires in all categories and decreases in three categories among non-Millionaires.