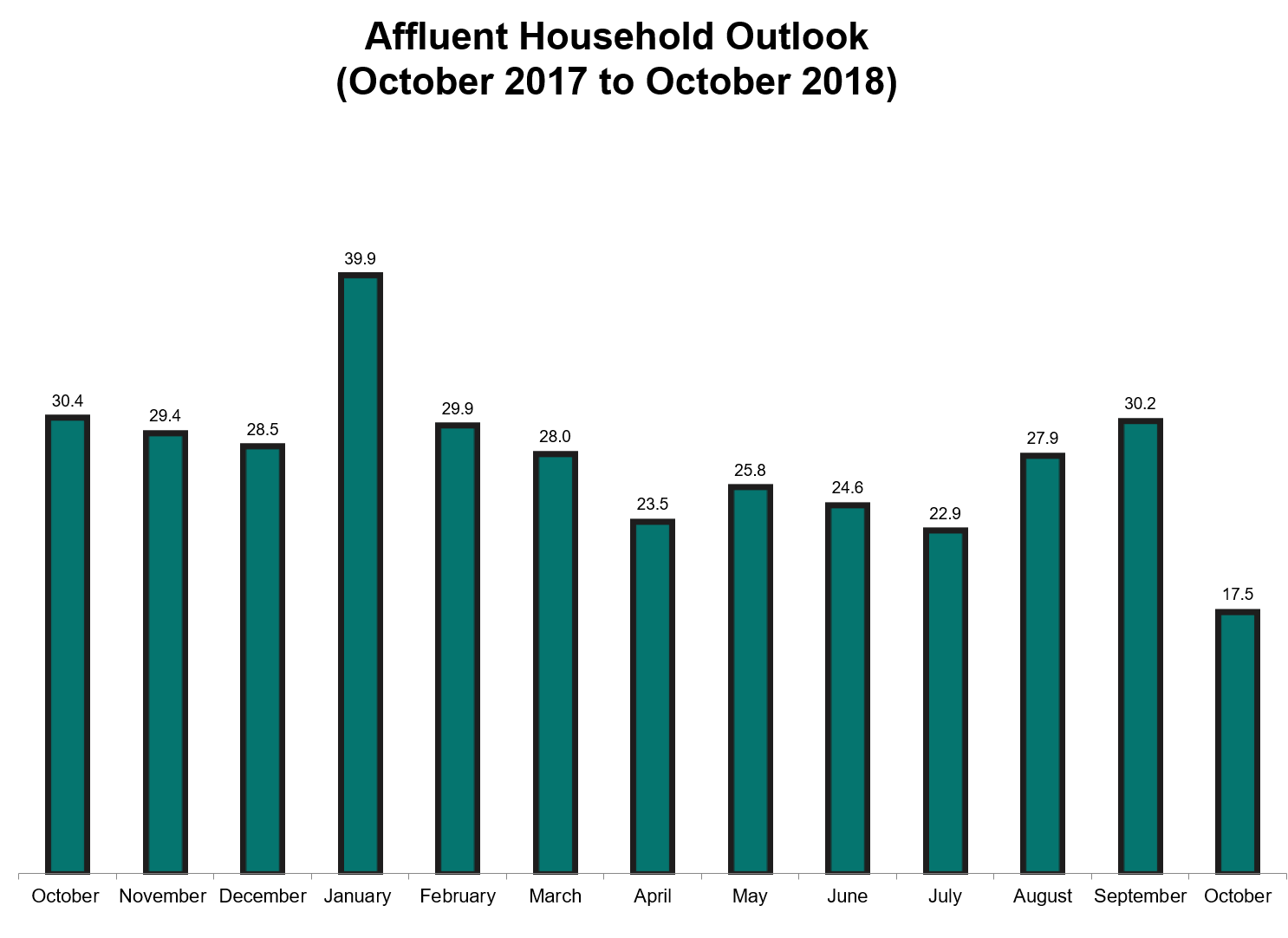 Amid all the pre-election campaigning, President Donald Trump’s trade and nuclear negotiations with China and Russia, and rising interest rates and inflation, investors were depressed.

The Spectrem Household Outlook, which is designed to measure an investor’s optimism about four financial components in their daily lives, came in at 17.50 overall in October, a drop of almost 13 points. The overall Outlook has not been below 20 since June of 2017. The Millionaire Outlook is rarely lower than the non-Millionaire Outlook, but in October Millionaires reported an Outlook of 13.67, a 20-point drop and the lowest since October 2016 (also the last time the Millionaire Outlook was below 20).

For non-Millionaires, the Outlook was at 21.52, also lower than in September but remaining above 20 for the fourth consecutive month.