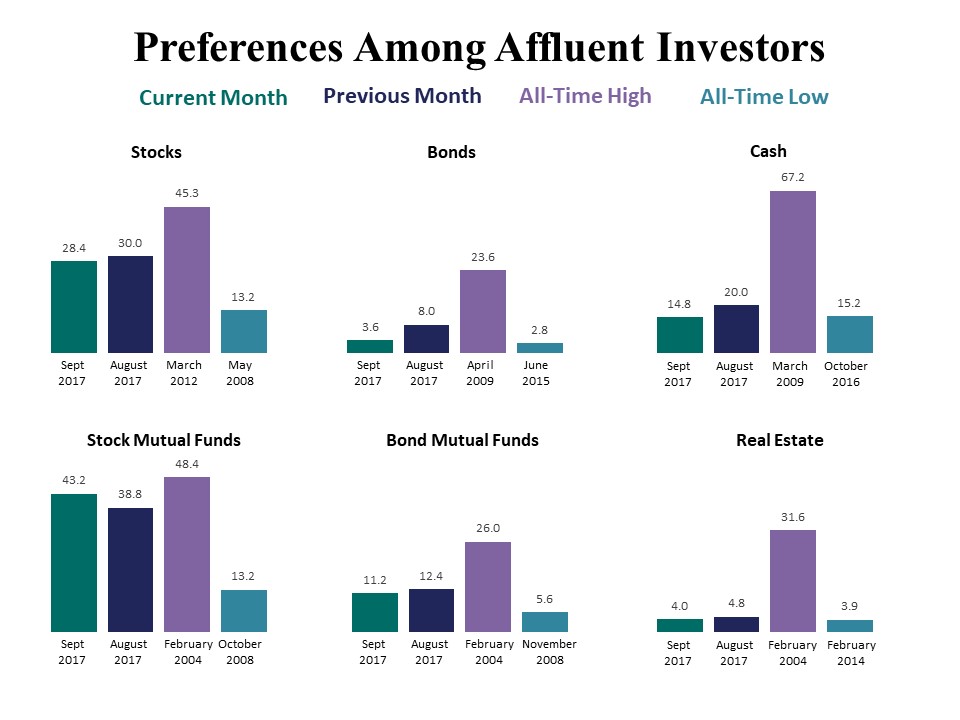 Both Millionaires and non-Millionaires increased their Stock Mutual Fund investing in September.

In the September Spectrem Affluent Investors Confidence Index, among those investors with $500,000 or more of investable assets, Stock Mutual Fund investing went up to 42.6 percent, the highest mark among that segment in more than six years (March of 2011).

Among Millionaires, Real Estate investing saw a record low participation, but it increased slightly among non-Millionaires, to 4.1 percent.

The index rating among Millionaire Democrats rose in September to 9, a jump of 6 points, while Millionaire Republicans increased their index number to 24. Even the Affluent Index among Republicans climbed to 23.

There was almost equal interest among both Republicans and Democrats in Stock Mutual Fund and Cash Investing. More investors from both political parties indicated an intention to invest going forward.