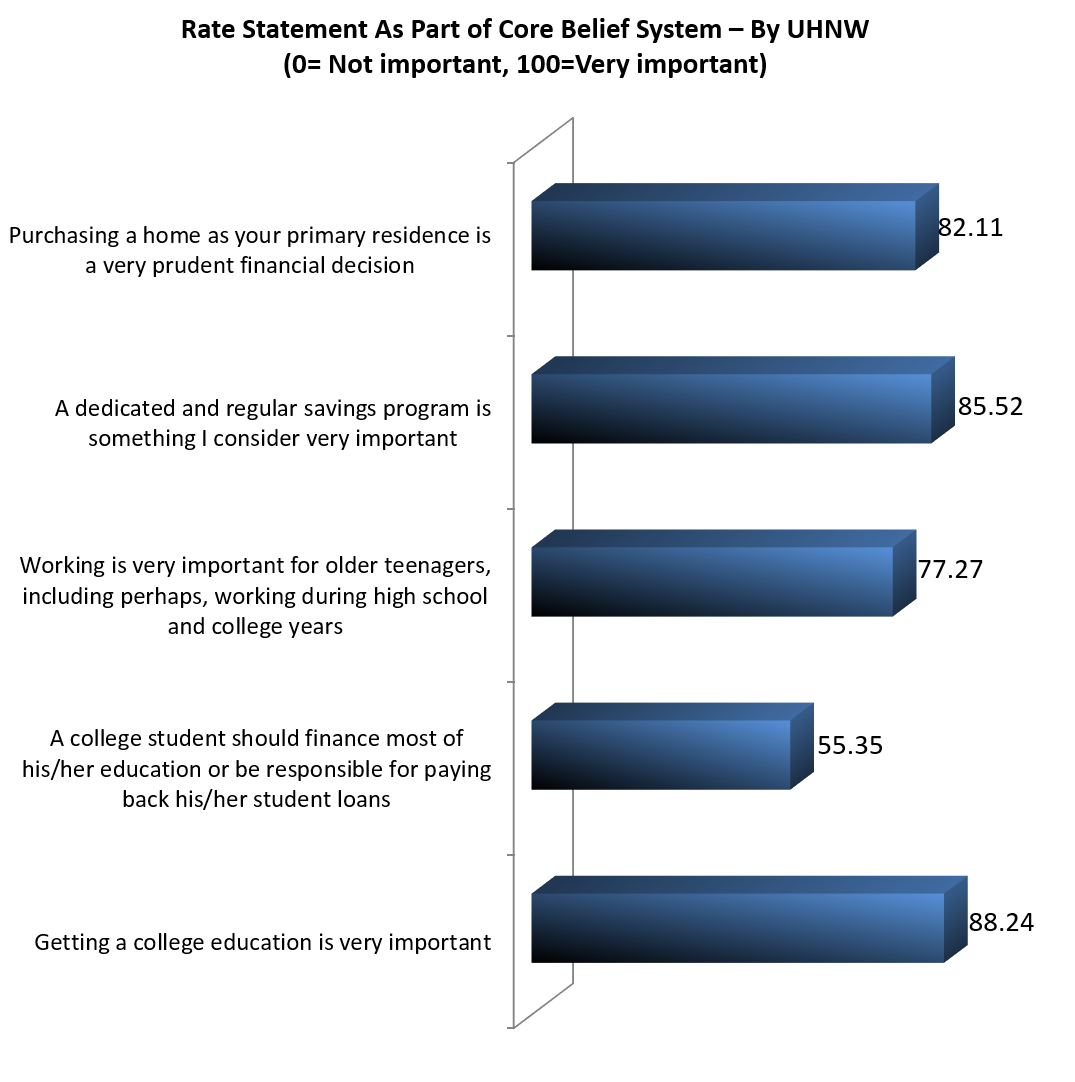 Owning your own home has been part of the American Dream almost since the day someone invented the American Dream. Even when “owning’’ a home means taking out a mortgage loan, the purchase of a home remains an indication of success and upper mobility.

For our latest wealth segmentation series study, we included for the first time a series of statements related to those goals often espoused as part of the American path to success. They included statements about education, developing a personal savings plan, and working at an early age. Also included was the statement “purchasing a home as your primary residence is a very prudent financial decision.”

Asked to place their belief in the statement on a 0-to-100 scale, in which “0’’ stood for “not important’’ and “100” represented “very important”, the Ultra High Net Worth investors placed the statement validity at 82.11. That is a high figure, but perhaps not as high as one might think it would be for investors who have clearly succeeded at business.

But the UHNW investor rating for purchasing a home was lower than their rating on the statements “Getting a college education is very important” (88.24) and “a dedicated and regular savings program is something I consider very important” (85.52).

“The UHNW investor is usually older than the other investors, and age plays a factor in the significant of home ownership,’’ said Spectrem president George H. Walper Jr. “Although a majority of people do make a move from urban living to a suburban lifestyle at some point, there are successful urbanites who do not prescribe to the home ownership ideal.”

The two other statements in the study were “working is very important for older teenagers, including perhaps working during high school and college years” (rated at 77.27 overall) and “a college student should finance most of his/her education or be responsible for paying back his/her student loans” (rated at 55.35).