How Wealth Creation Has Changed in the Past 5 Years 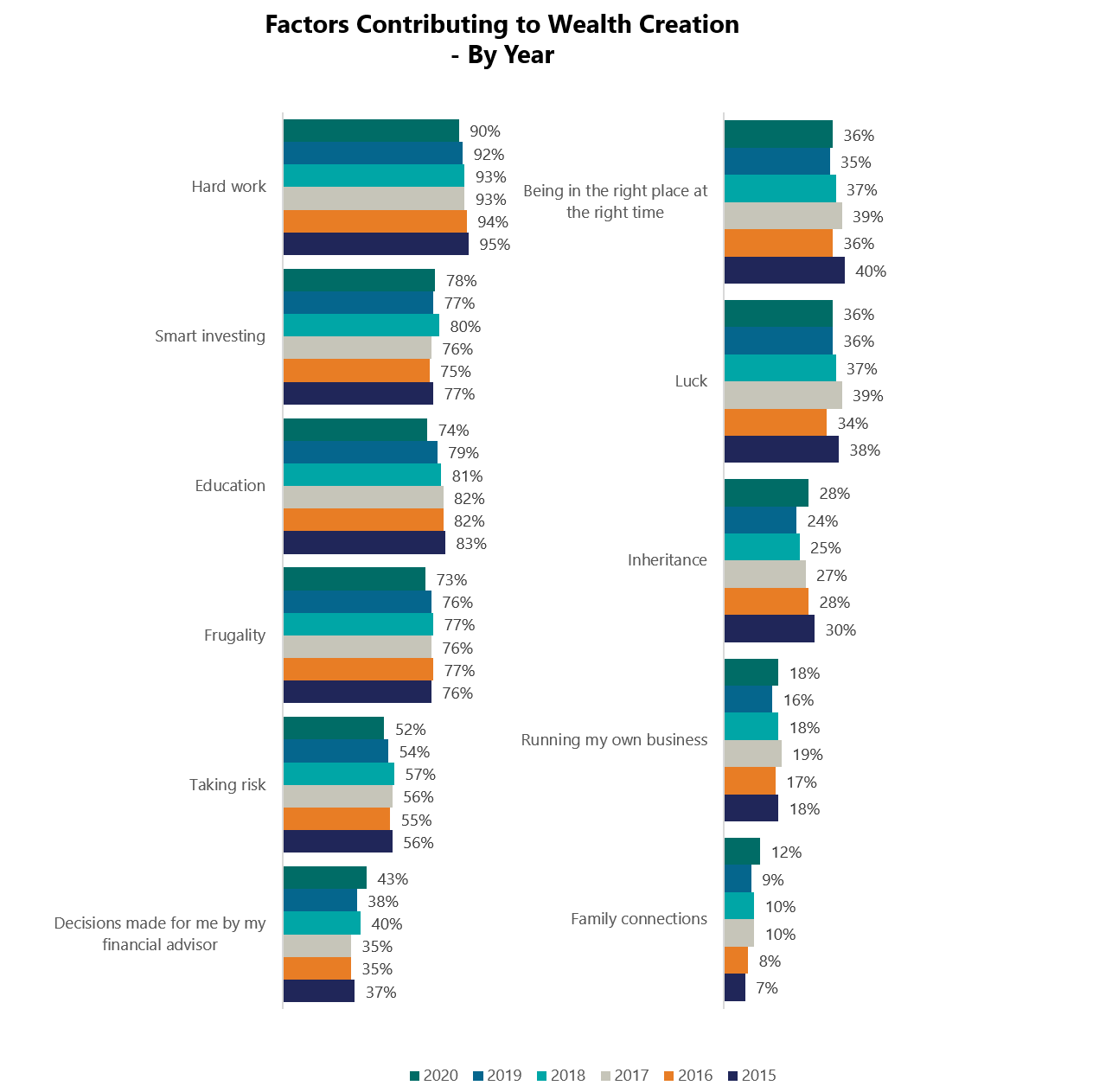 Whatever the factors are that created an investor’s wealth, it is important for a financial professional to be aware of those factors and ask how their clients developed their net worth.  Investors who believe it is all about being lucky or being in the right place at the right time may invest or behave differently than someone who feels wealth creation comes from hard work and education.  It is likely that most investors feel there have been several factors that have contributed to their wealth, and those advisors who inquire about that journey are one step closer in developing a closer relationship with their client.