How are Millionaires Most Likely to Invest in 2016? 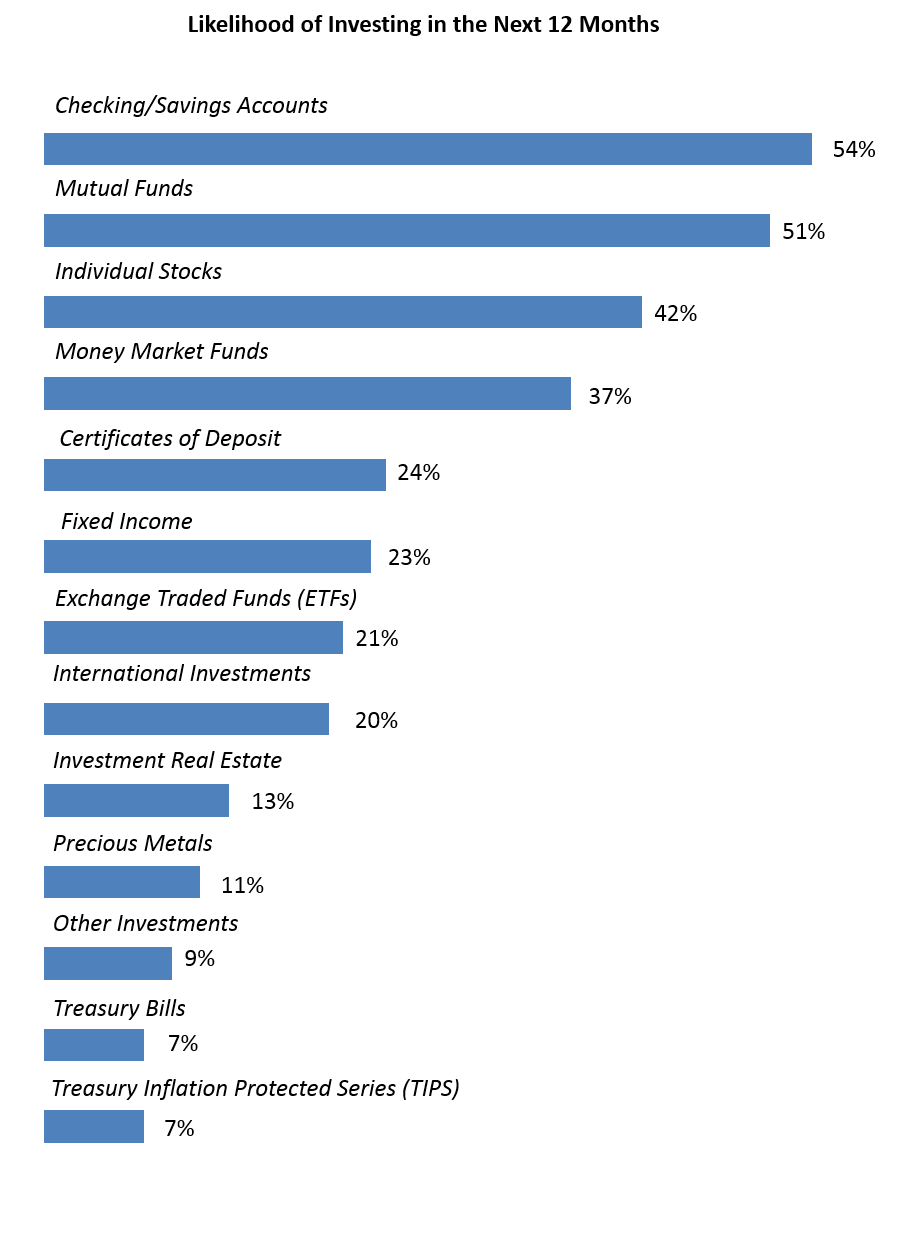 Market volatility that defined 2015 has left a majority of Millionaire investors with a decidedly conservative investment mindset for 2016, our latest wealth segment research finds.

A majority (54 percent) of Millionaires with a net worth up to $5 million (not including primary residence) indicate that in the next 12 months, they will invest in checking/savings accounts, while half will invest in mutual funds, according to Asset Allocation, Portfolios and Primary Providers.

Millionaire investors consider market conditions to be the most serious threat to achieving their current financial goals, our latest research finds. Amidst concerns about oil prices, China’s economic slowdown, Greece’s ongoing debt crisis and continued speculation about when the Federal Reserve would raise interest rates, the Dow Jones industrial index and the S&P 500 posted their worst years since 2008. The former ended 2015 down 2.2 percent and the S&P 500 was down 0.7 percent. While the Nasdaq finished last year up 5.7 percent, that is low compared to double-digit gains in the previous three years.

Age is a significant factor in determining the likelihood of how Millionaires plan to invest in the long term, with Millennial investors ages 35 and under the most likely to invest in most investment vehicles. With youth on their side and more of their work lives before them, they are less risk-averse than their older counterparts. For example, three-fourths of the youngest Millionaires surveyed indicate a likelihood of investing in stocks, compared with 40 percent of Baby Boomers and seniors ages 65 and up.

There is less of a gap between Millionaire Millennials and older investors in their stated likelihood to invest in checking/savings accounts and mutual funds.

Analyzed by wealth level, we find, generally, that likelihood of investment in a specific vehicle increases with net worth. For example, Millionaires with a net worth between $3 million and $4.9 million are most likely to invest in stocks in the next year (47 percent vs. 40 percent of Millionaires surveyed with a net worth up to $1.9 million).