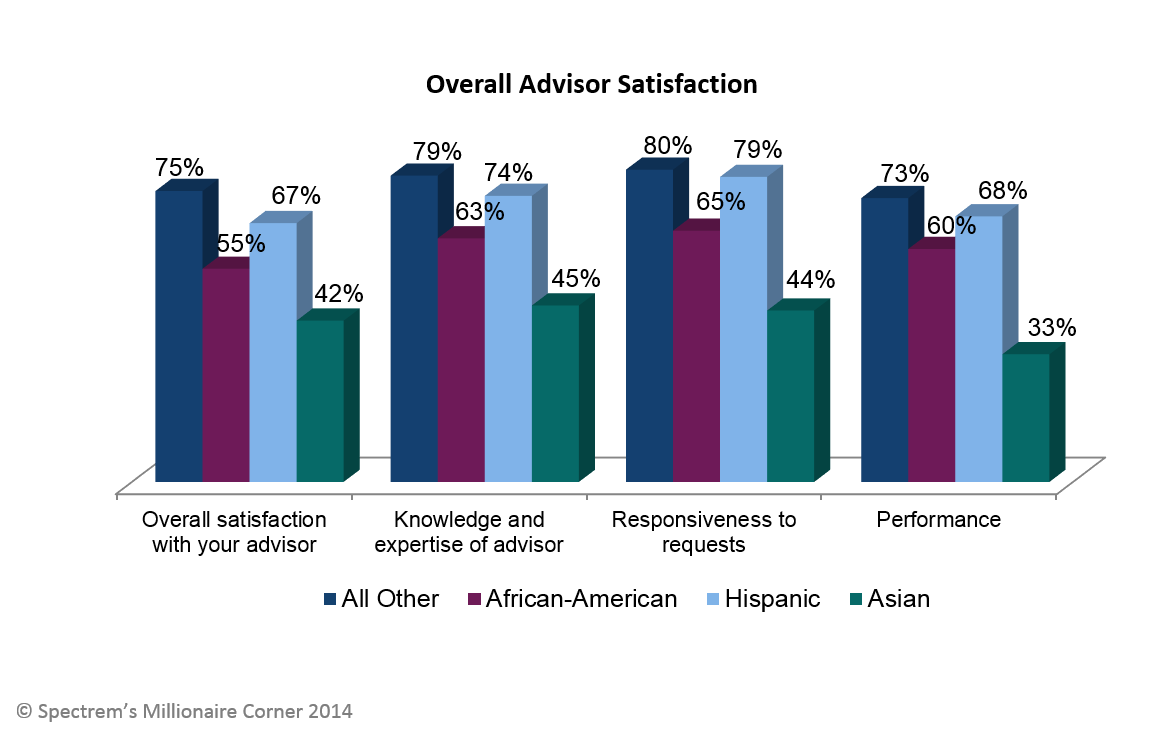 The goal of Spectrem’s research into ethnic investors is to inform advisors the differences based on cultural background in the investment decisions of potential or current clients.

The report – Advisor Relationships and Changing Advice Requirements – concentrated on African-American, Hispanic and Asian investors and compared them to the general population of affluent investors.

Of the three ethnicities studied, affluent Hispanic investors have very unique and specific attitudes and demands towards advisors and investment decisions.

More than the other ethnicities, more affluent Hispanic investors are still working. Sixty percent are still fully employed, while 13 percent are in semi-retired. That is approximately 50 percent more than the non-ethnic community, which has 33 percent working and 10 percent semi-retired. Only 27 percent of affluent Hispanic investors are retired, compared to 57 percent of the general population of investors.

Spectrem research segments investors based on their frequency of advisor use, and 36 percent of Hispanics consider themselves to be self-directed investors, who do all of their investment decision-making on their own. Only 47 percent are event-driven, meaning they access advisors only in the case of specific and sizable investment events, such as retirement and estate planning.

Some of the reluctance to use advisors may come because of cost. Twenty-five percent of Hispanics cannot afford an advisor, compared to just 15 percent of non-ethnic investors. However, 30 percent of those said they would hire an advisor if they could do so at a reasonable cost.

Hispanics are also more l likely to indicate their satisfaction has improved. Thirty-nine percent are more satisfied with their advisor now than they have been in the past.

Fifty-six percent of affluent Hispanic investors would recommend their advisor to others, a far greater percentage than the other ethnicities or the general population of investors.

However, Hispanic investors do have demands of their advisors beyond the demands of other investors. Eighty-nine percent expect prompt responses to contact for information, and 57 percent consider it important that their advisors call them regularly.