Have You Ever Been Fired By A Client? 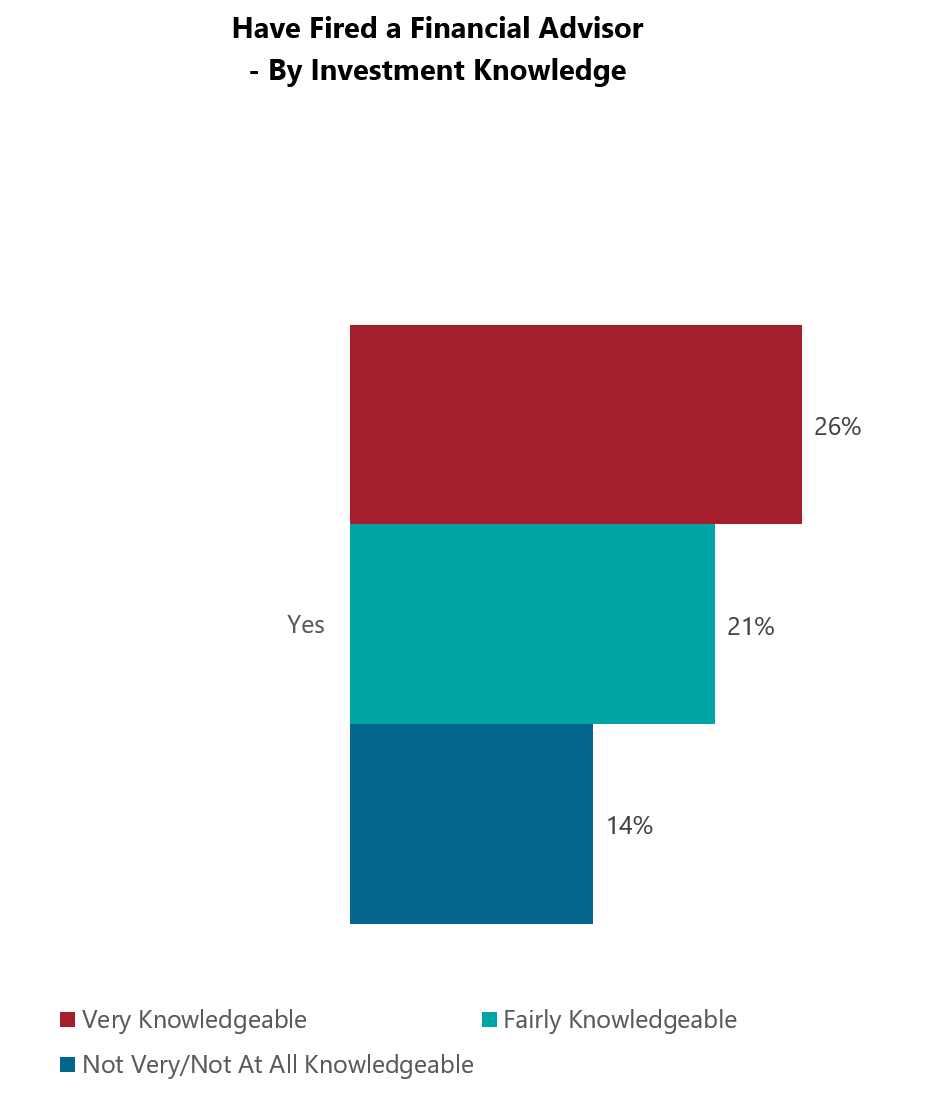 But a majority of investors remain with their primary advisor forever. The act of firing an advisor is not one taken by most investors. They may add advisors to their list of professional relationships, but removing an advisor from that list is apparently not something many investors do.

Have you ever been outright fired by a client? Did you fully understand why the transaction occurred? Did that event caused you to change your behavior toward the clients you still had?

As part of its monthly research with affluent investors, Spectrem asks a series of questions that are outside of its normal research topics. In February, the questions revolved around the concept of firing a primary financial advisor.

It makes sense that investor knowledge would play a role in deciding whether to maintain a relationship with a financial advisor. Without some level of expertise, how is an investor to know that they are making a mistake by firing an advisor? How are they to know their advisor is not performing to the best possible ability? How can an individual compare their own advisor to others in terms of investment performance?

Advisors need to know the parameters by which an investor makes decisions about their relationship with the advisor. Whether their needs are entirely performance based on whether communication is somehow a key to the relationship, advisors need to understand the motivations that prompt their clients to make decisions about the investable assets they have with their advisor.

Of the 20 percent who have fired their advisor, almost half did so due to poor portfolio performance, and again, that percentage is much higher (58 percent) among the very knowledgeable investors. But even 41 percent of those investors who are not particularly knowledgeable were able to discern their investments were not performing to the standard the investors wanted.

But 42 percent of those investors who have fired an advisor did so due to lack of individual attention. The amount of attention requested from an advisor is a point of personal preference but should be definitively understood when the relationship begins. An advisor who is concerned with client satisfaction should have asked that question as part of an introductory meeting and should know what is required to maintain satisfaction in the communication area.

Thirty percent of investors fired their advisor due to fee concerns, and the occurrence of that decision was higher among those investors who are less knowledgeable. There is a fear among those types of clients that they are being taken advantage of; investors should be educated about the different ways fees are determined.