Gen X Next Up For Retirement Concerns 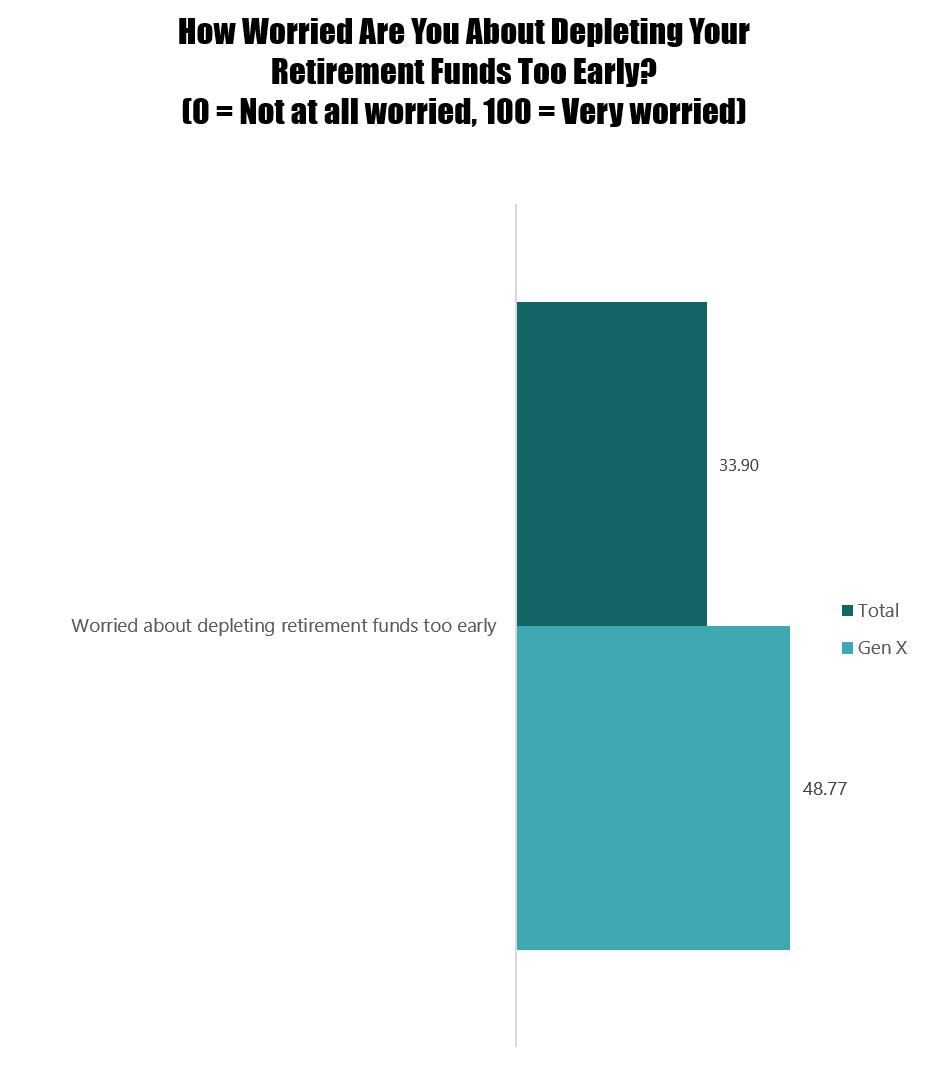 To some, it seems like the investment world skipped over an entire generation of Americans. It is perhaps not coincidental that the generation in mind is known as Generation X.

As the concerns over how the Baby Boomer generation planned to invest its enormous wealth abated once a majority of Boomers reached retirement, concentration for advisors turned to trying to figure out what the Millennials were going to do because of their enormous debt levels. The Gen X generation, those people born from 1965 to 1980 approximately, sometimes feel they were given short shrift.

Gen Xers have a great deal on their minds. They are paying for college education for their kids, or they are watching their parents grow old enough to worry about, and they have little time to consider themselves. But when they do get around to a moment of selfishness, retirement is uppermost on their minds.

According to Spectrem’s new whitepaper Generation X Investors: The Pressure Is On, the No. 1 personal concern of those investors is “being able to retire when I want to”, selected by 54 percent of the investors surveyed. No other personal concern registers with at least half of the Gen X investors.

Certainly, Gen X investors have made some plans for retirement, with placing funds in their employer-sponsored 401(k) accounts or other types of retirement vehicles, or paying off other loans as quickly as they can in order to preserve future income for retirement funding. But income is highest for most Americans in their 40s and 50s, and it is now that Gen X investors are trying to determine the best way to put their investable assets into products that will produce retirement income as well as the comfort that those funds will not be lost to market volatility.

But, the variations of generational spending put Gen X investors at the bottom of the list among generations with available investable assets. Gen Xers on average designate 54 percent of their total assets as investable assets, compared to 67 percent for World War II investors and 75 percent among Baby Boomers (who may still be drawing attention away from the Gen X investors).

Gen Xers are more likely to have a higher percentage of total assets assigned to their principal residence (15 percent) and defined contribution accounts (13 percent). They also lead the generational investment in insurance and annuities (9 percent of total assets).

While concerns over health issues and financing their children’s education come in just under 50 percent of all Gen Xers, other retirement concerns hang over the head of the midlife investors. Thirty-one percent of Gen X investors worry about losing their job, or their spouse losing his or her job, in a business environment where Americans are finding themselves replaced by automation or contract employees with frightening frequency. At the same time, 31 percent of Gen X investors worry about getting the proper help they need to reach their financial goals, which include being able to retire when they want to.