The Middle Child That Is Generation X 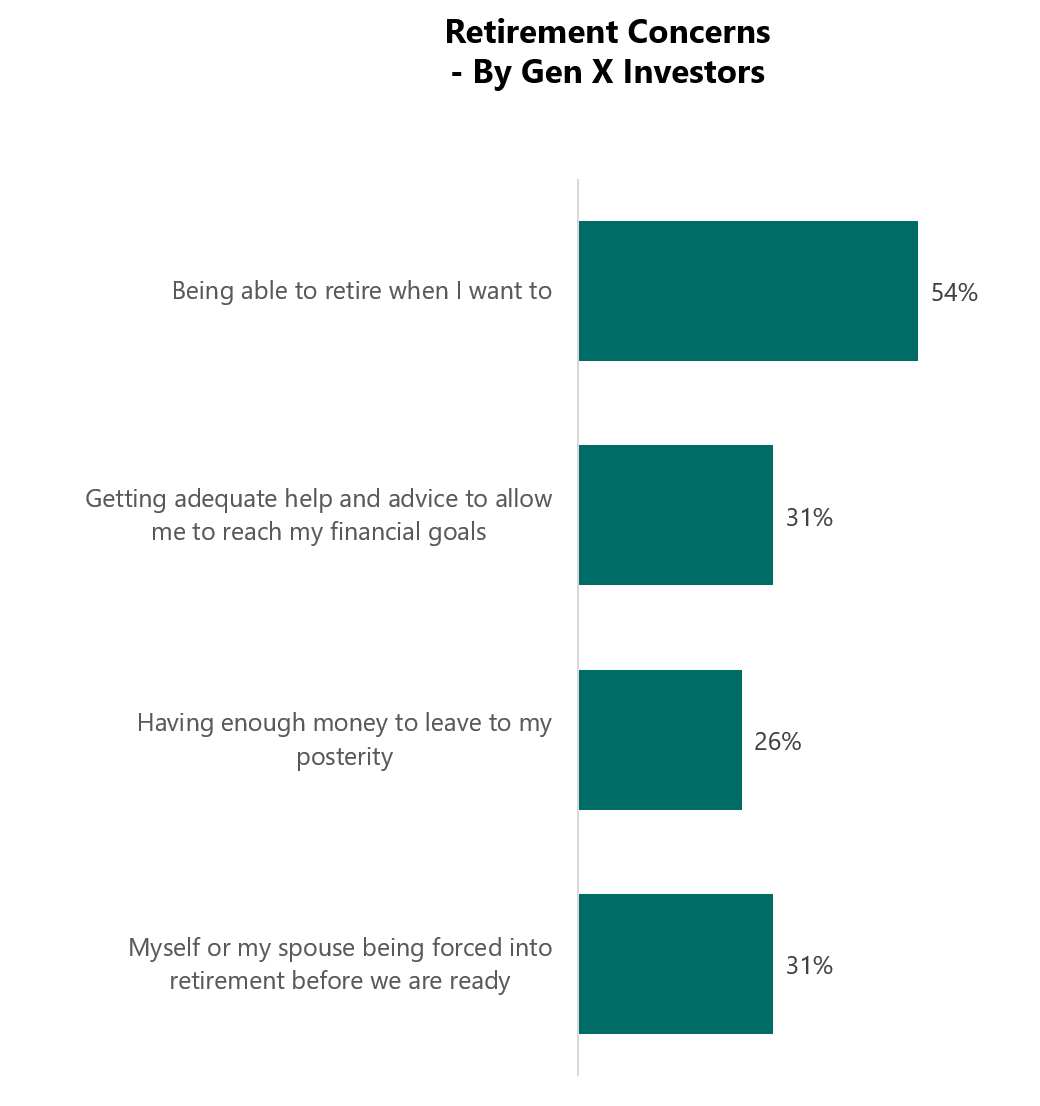 But in between the Boomers and Millennials was a generation, born between 1965 and 1980. It was eventually identified as Generation X, a designation that indicates no one knew what to make of them.

And now that generation of investors is in their 40s and early to mid-50s and preparing for retirement. They are also a generation that seems to have been lost in the transition from Boomers to Millennials.

Advisors who have concentrated on Baby Boomer wealth transfer and estate plans may have jumped directly to the long-term investment plans of Millennials, and ignored the generation in between. But Generation X investors need attention and need it now, as employment income may have peaked and the next phase of their economic life keeps peeking around the corner at them.

According to Spectrem’s new whitepaper Generation X: The Pressure is On, advisors need to focus on Generation X investors because:

·         They currently have the lowest percentage of total assets considered as investable assets, just 54 percent compared to 67 percent among Baby Boomers and even 58 percent among Millennials. Generation X investors are not only still paying for college educations, they are considering their own future health situation and the long-term care needs of their aging parents. As a result, Generation X investors are very protective and attentive to how their investable assets are being invested.

·         Asked to rate on a 100-point scale how worried they are about depleting their retirement funds eventually, Generation X investors had the highest rating among all generations at 48.77. Many Generation X investors, including those with a net worth over $1 million, worry about being able to ever retire.

·         Generation X investors are more likely than others to want information from their advisor about planning for retirement, interest rate changes and current economic events and their impact of personal wealth. Because Generation X investors are concerned about three generations at a time (their parents, their own needs, and their children) they are attuned to many different factors impacting their wealth.

Clients who are between the Boomer and Millennial generations may need a lengthy meeting with their advisor to determine just how their portfolio is aimed toward the client needs for their children, their parents and themselves.